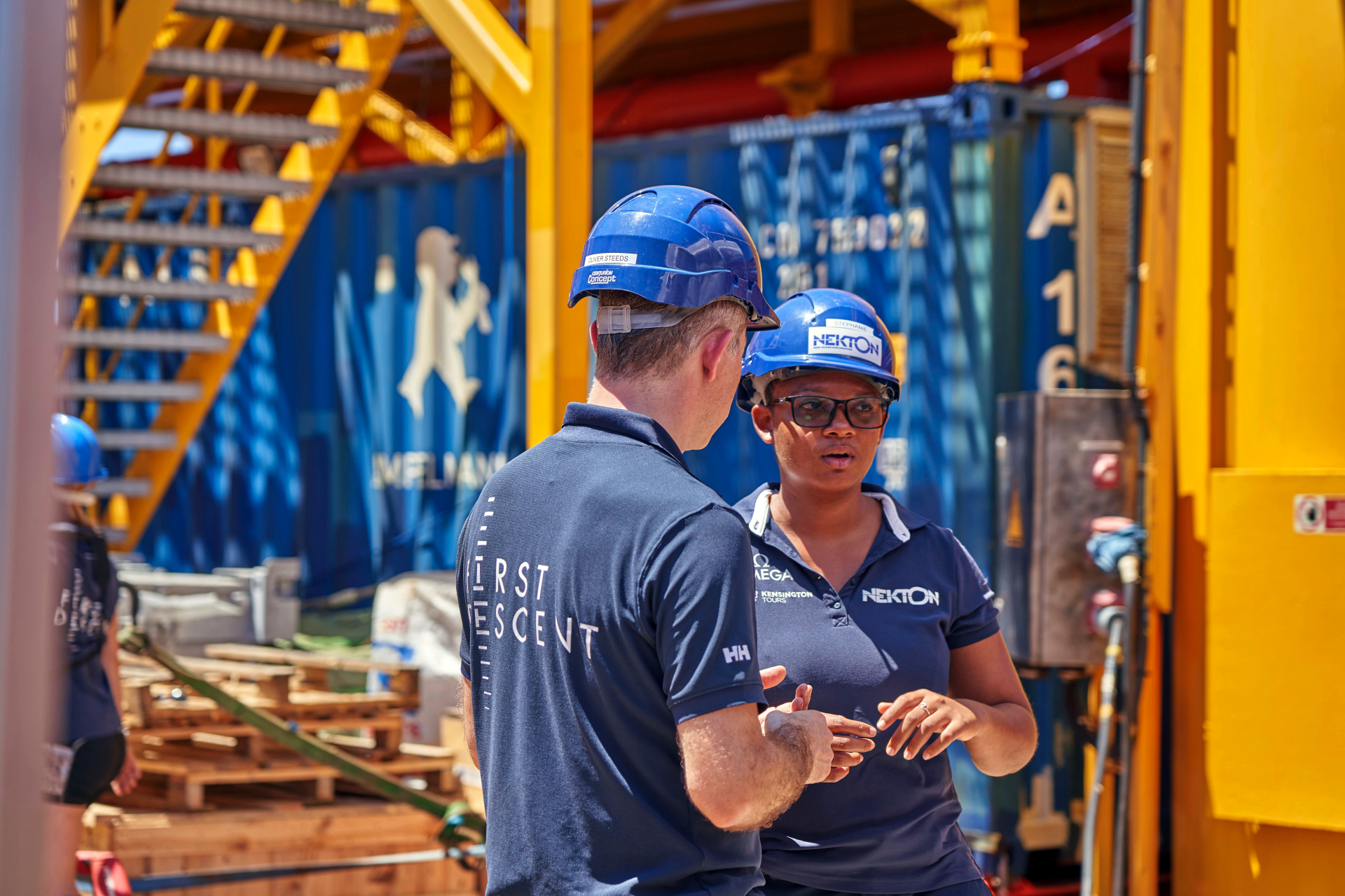 ALPHONSE ATOLL, Seychelles – A young scientist from the Seychelles on Friday became the first known Seychelles to explore deeply under the depth of the dive of the basically rude waters of her island nation.

23-year-old Stephanie Marie looked stunned when she was offered a seat in a submersion for a technical dive near the small atoll in Alphonse.

"This is really a great opportunity that for the first time a Seychellois and a woman will do this," she told the Associated Press. The offer came on International Women's Day.

The marine scientist with the Seychelles fishery participates in the British-led Nekton mission to explore the Indian Ocean, one of the latest major undeveloped borders. There is virtually no data on the Seychelles' biodiversity below depth or 30 meters.

The mission, which began this week in earnest, expects to discover new species and document signs of climate change in a large water source that is already aware of the effects of global warming.

Chief researcher Lucy Woodall said the diversity of the Nekton team was important to her.

"It is absolutely wonderful that someone from the Seychelles is the first to enter the water in the vacuum cleaners," she said. "It's extremely important to me."

The diving series took Marie down to 70 meters when the damping tested their systems in an unexpectedly strong current. When she returned to the mother vessel, she was excited by excitement. She hugged Necton's commissioner Oliver Steeds, who had offered her the first co-pilot role.

"I was so scared, I was so happy, there were mixed feelings," Marie said. "But then when I was sitting down the road, everything was quiet. You forget your fear, you forget everything."

The mission statement will be used to help Seychelles with its plan to protect nearly one third of its national waters by 2020. It is an area larger than Germany. The initiative is an important part of the country's "blue economy", which tries to balance the development needs with the environment.

AP is the only news agency that works with British researchers from Nekton's research group. The AP video coverage will include exploring the depths of up to 300 meters from the Seychelles coast in two-person submarines, the search for submerged mountain ranges and previously undiscovered marine life one sees behind the scenes of life on board, interviews with scientists and aerial photos.

Seven weeks of expedition is expected to run until April 1