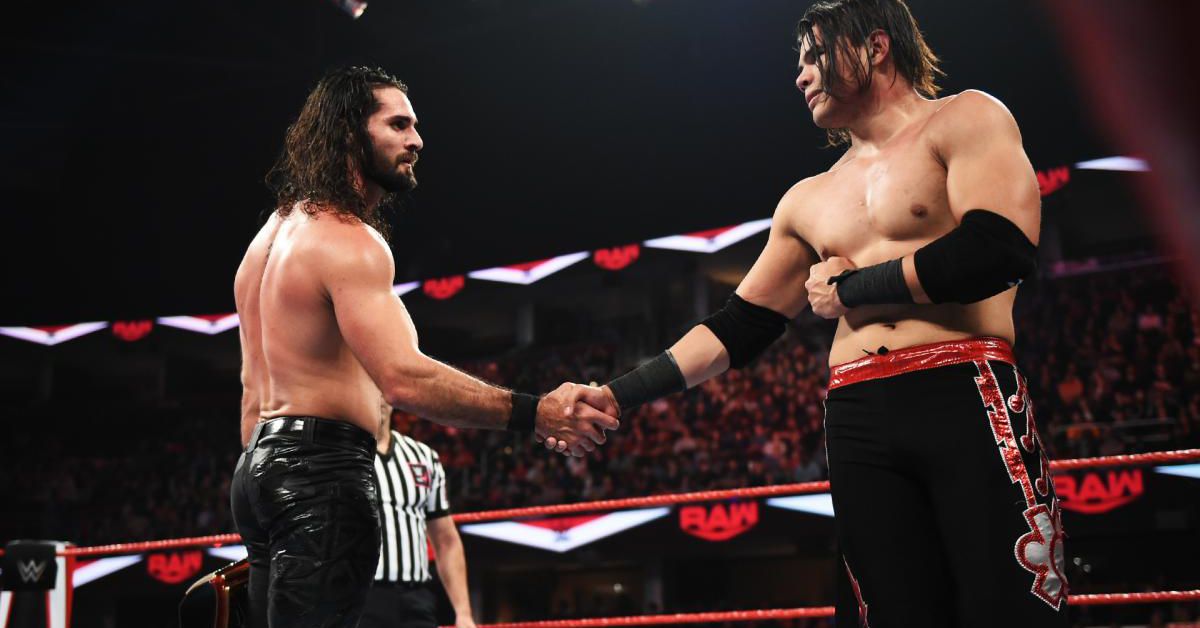 Raw is starting to do some things that mildly catch my attention. And I know it's a lot of praise, but we have to start somewhere.

I don't think it's controversial to say that this Seth Rollins vs. Bray Wyatt feud doesn't get the reception that WWE wanted, right? Rollins has started catching a case of the boo birds for … a variety of reasons, shall we say, and I like how WWE actually handled this and framed his thinking on this show.

Essentially, he admitted that he was out of sorts and trying to regain his composure ̵

1; which means he knows he has been out lately. The enemy has completely taken him out of his normal mood and he has done some bad things that he is not proud of. And apparently in an effort to change all this, he tried to go back to becoming the champion he wants to be by offering Humberto Carrillo his first match at Raw.

Not bad, right? It was the Rollins that we were all excited about when he won the Universal Championship.

For Humberto's part in this, he actually took an oral shot at Rollins after seeing Andrade and Sin Cara fight earlier in the night, saying that he would not be the kind of Universal Champion that goes around burning things. Rollins went up his face to confront him about it, and Carrillo didn't seem intimidated; if anything, he seemed pleased.

Now this is the problem with the massive influx of new faces on Raw. This match did not have a hot crowd behind it. But Carrillo got a little ooh and aah for his ringing skills, which is a good start. Rollins had another internal battle after Carrillo pushed him to the limits before returning to the ring to shake up the put up hand. Again he tries to do the right thing.

But the way to make this story engaging again is for him to try … and fail. We'll see if WWE is willing to commit to it.

Speaking of the new faces on Raw, I'm glad they seem committed to getting these guys some shine. And because of that, let me dedicate an entire section to talking about how they did it.

It took me about 20 seconds before Street Profits' entrance to realize that these guys are going to be really, really good on Raw. They have been charismatic and personal for months backstage, but we finally got to see them in action on this show. And frankly, OC is the perfect first feed for them.

I did not like how the game suddenly became a 2-to-2 when Profits allies were missing. Seems pretty generous of the heel tag to do that, right? Kevin Owens as a surprise was fun, but not the kind of thing that will dominate the conversation – which honestly might be good, considering I'm talking about how impressed I was with Street Profits.

Andrade defeated Sin Cara in a fun match that again showed how Zelina Vega will cheat as hell to help him win. I'm glad they set it up better than they did when he originally called, but I think it's time to start getting opposing wrestlers to anticipate the disturbance. WWE has a tendency to stick to a thing that works way too long, so I'd love to see them take some initiative here and keep moving on with Andrade.

As for Aleister Black, I really wasn't a fan of his squash match. I don't blame him for that either; I blame the local talent chosen for the fall.

The local guy became too much crime, first. He didn't seem to work well with black either and the match felt clumsy. I didn't like how he sold the black mass either – but hey! At least we got to see a black fair!

Rusev was at "King's Corner" with Jerry Lawler to talk about his marital problems and I just hate everything.

I hate people singing "What?" in the segment because my heart only aches for people in this story. I hate Rusev's stupid "I blame Bobby and hope Lana and I can just get past this" response. Dude … no. I hate how absurdly shallow Lana came out when she said, "Do you see this restaurant? I wanted you to take me here and you would never do it!" Lady, are you serious?

And I say that my heart works because it takes so much commitment to really agree to be in a story like this, and despite realizing that effort and professionalism, it sucks . History sucks. It's not a funny clock at all. [19659022] It also became comical, given that Rusev apparently knew the restaurant that never got the name, which was random in the town where Raw took place. Lana and Lashley were in the restaurant for over an hour and never got food. Hell, the restaurant didn't see Rusev and Lashley quarreled when Rusev arrived, but it didn't reason, either. That noise really needed to be something visually impressive that it was worth talking about, but … it just wasn't. It sucks.

Drew McIntyre def. Ricochet – Ric Flair chose McIntyre for his Crown Jewel team and these two had a really good match to start the show. Ricochet also took a hit after the match, so it will be interesting to see his status for the show as it approaches.

Cain Velasquez beats Shelton Benjamin – I really liked how Benjamin came out as a real person with his campaign. He was pissed that Cain got a title shot for doing so little, so he started to shoot Rey Mysterio around, mockingly, saying "this should get me a title shot, right?" He also brought up his story with Lesnar, which was a nice touch.

What I hated was the actual brawl. It didn't sell Velasquez to me at all. There was no real physicality and the audience did not react much. I think he really tried to be gentle because he is a legitimate fighter, but it did not look right.

R-Truth gets a new 24/7 champion feud – Wait … so there are two Singh brothers ?! I didn't really like this at first, but it was entertaining when the Truth dropped wrong late in the show and the two jumped off and screamed "Bolly!" Over and over again.

The Viking Raiders def. Curt Hawkins and Zack Ryder – The big takeaway for me from here is that the Raw tag division has … two legitimate teams. Raiders, OC … and who else, exactly? I've never really bought in the Robert Roode / Dolph Ziggler team, and people like B-Team and Hawkins / Ryder need some serious building. Which leads me to …

I just want to see AOP murder of people – It's time, fellas. It is over time. Tag group sharing desperately needs it.

This was a weird show for a variety of reasons. The women on the watch list were apparently on tour (correct me if I'm wrong, I don't really know), the new dudes are still being established and Crown Jewel just won't disappear. But with that said, there were some encouraging things.

Nothing incredible, and nothing I would say is a must-see. But there are some signs of life. We only have to come to November 1st.