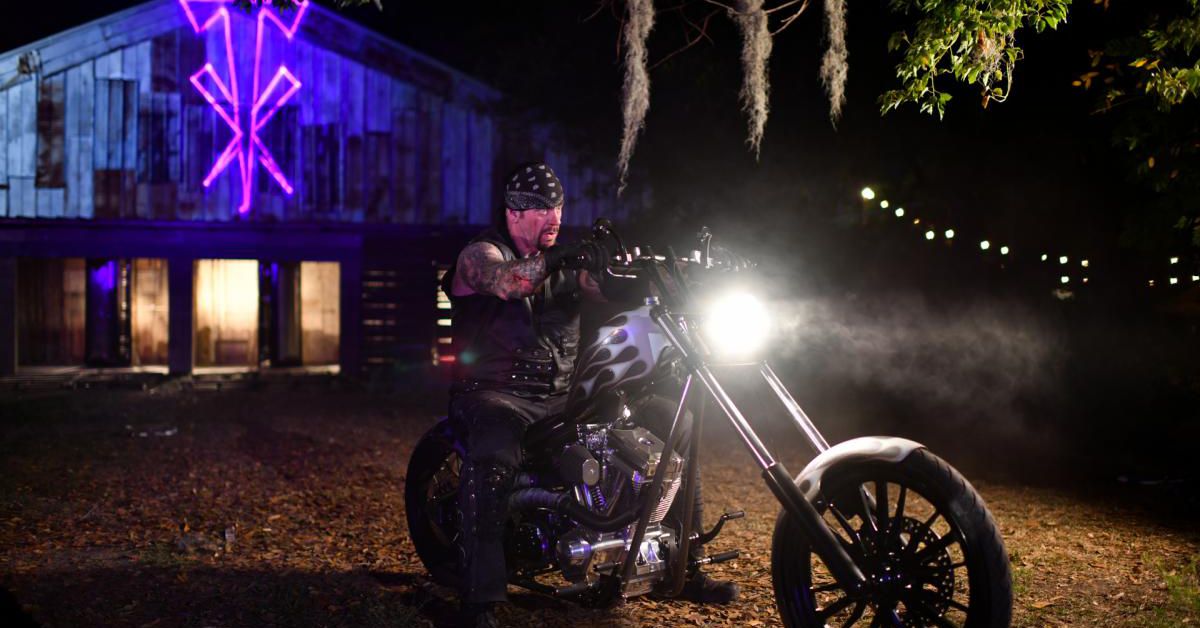 The first few hours of WrestleMania were depressingly brilliant. And I realize it’s unfair, but I’m sorry, okay? I hear WrestleMania and expect a certain thing. I thought I had lowered my expectations enough to make this show enjoyable, but I apparently didn’t.

(Scratch it actually. I refuse to apologize for thinking of Elias against Corbin in an empty single match with no gimmicks or curve balls on WrestleMania is something other than a travesty and colossal waste of time.)

But just as that disappointment and frustration was about to come in for good, we got a glimpse of hope from Kevin Owens and Seth Rollins. Their match rocked ̵

1; more on that in a minute – and the impetus of one match set the stage for literally the match that made the whole WrestleMania without crowds worth it.

WE FIGHTIN ‘I BONEYARD, BABY!

Undertaker vs. AJ Styles was the main event of one night and it was literally the best WWE done in months. That was unbelievable. I can’t say enough positive things about it. From the first picture where the Druids opened the back of a luxury chair just for Style’s cocky smile to come out of the coffin, you could tell that WWE had put so much time and effort into this. For the first time all night, I was really smiling.

After Styles got his little introduction, they cut to a motorcycle screaming through the empty streets with Metallica blaring which was another reason for me to grin like an idiot. So stupid, wonderful over the top. Taker parked his bike and traded a few words with Styles before throwing punches.

The camera worked and the atmosphere was brilliant. The choreography of the whole fight was impeccable. And if there was one thing that I think really made this special, it was Undertaker’s trash talk. He got the early advantage and just told Stilar as a fuck. It was special work, man.

When OC showed up and turned the tide in Styles favor, we got this sad, cello music that sounded so much like it was ripped from Game of Thrones. It was fun. Taker was inclined, hissing breathing, and styles struck him in the open grave and prepared to bury him.

Ol ‘Allen took a moment to sit back and smile, and the entrepreneur apparently teleported from the grave and stood just behind him. Styles was completely shocked and started begging Taker. He climbed up on an old rusty cabin, and Taker destroyed the OC before the Chokeslamming Styles from the building’s roof. Taker climbed down and started asking some questions: “What’s my wife again? Hi AJ, how old am I?”

Yes, they ended this with a storehouse. Styles asked for mercy and Taker acted as if he would give it to him. He helped the styles and told him that he fought a lot before going back around a throw him in the grave. THE BORN STYLES WITH A FREAKING HAND TO THE JUMP FROM THE FIRE AND THE BUSINESS GOES TO FIERY EXPLOSIONS AND HIS LOGO LIGHTS ON THE DINGY SHACKET IN THE BACKGROUND!

This was wonderful. This was EASY worth this damn mess. In fact, WWE has to use matches like this one more. That was the creativity I have been asking for over the past few weeks. It was concise, creative and gave the wrestlers so much more freedom to be sign than we usually see in WWE.

So much more of this please. This match made WrestleMania worth it this year.

Even the Messiah’s sins

The other match of the night that I really stood out was Owens vs. The Rollins match, and it started from the beginning when Rollins went out during his entrance. He had everyone white and was really Apply the selected gimmick thick. He was all smiles, all pride and truly lived that “I am a God when the light is bright” to the fullest.

He and Owens scraped for a while, and they also got into the trash. Rollins called Owens a “fat piece of crap” at one point, and mocked Owens for his failures and dared to challenge the Messiah at WrestleMania.

But Owens would not disappear. He eventually got the upper hand and Rollins rolled out of the ring to buy time. Owens pursued, and Rollins took the easy way out by reaching for the bell and smashing it into Owen’s face. He was disqualified quickly, but Rollins didn’t seem to care, he grinned and was too happy to walk away from the fight.

Owens, however, was not satisfied with a DQ win. He took a microphone and yelled at Rollins to come back to the ring and end this mess. Owens insulted Rollins for calling himself a god and acting so, saying it was the actions of a “little bitch.” Owens then demanded a DQ match and Rollins was too happy to oblige.

From there it was really good. Rollins used every weapon he could and Owens continued to talk garbage. Owens finally got his shot after hitting Rollins on a table and jumped off the WrestleMania sign to end this damn thing.

There we go! Our first real WrestleMania moment this weekend right there, baby! That’s what we were looking for!

I liked the conclusion here. It felt really good to see Owens finally get Rollins one on one and deliver. I said your friends were holding you back, Kev.

The Boneyard match rightly gets all the attention, but I want to give some kudos to John Morrison, Kofi Kingston and Jimmy Uso. When that happened, this match was the one clear tonight’s match, and they were literally the first thing in the show that I would call WrestleMania worthy.

In short, they had a vicious violent ladder match that I honestly did not expect. There’s no audience, right? Why go out with high-risk stuff for no audience?

These three obviously didn’t care for any of it and went all out for it, which I greatly appreciate. We got a rope on a Spanish fly from Morrison, Kingston swung a ladder like a baseball …

We also got a creative little finish on this one too. All three men were close to the tag team titles and had their hands on their belts when they became unauthorized. That meant the match didn’t end, so they used strikes to try and get the others to let go. And do you remember the Usos / New Day beef from SmackDown? It turns out that theirs cooperation was their downfall, not their rivalry. They went up on Morrison with headbutts, and Morrison fell backwards on a bridged ladder – took the titles with him.

Miz and Morrison kept, which may or may not be your cup of tea, but the match and finish was actually quite nice. I just want to recognize these guys because they had so much professionalism when they could have taken it easy.

Braun Strowman def. Goldberg for the Universal Championship – Okay, let’s get to the not so good things. Yes, this match was lame. We’ve had junk mail processors before, and they really trust a crowd to work, or at least many things are broken.

Instead, everything was in the middle of the ring and was done in two minutes. It felt completely uncomfortable. The one thing I like is that it creates the potential for a Braun / Fiend cheat for the title, but we’ll see the Firefly Fun House match. I have no real positive thoughts about a Strowman title that rules otherwise.

Becky Lynch def. Shayna Baszler – What I learned from this match is that Baszler is Samoa Joe. She talked a big game … and lost with a reverse scroll on her sleeping cabin. The match itself was good, but had no moments that really stood out. It could have been on Raw and felt perfect at home, which is probably as big of a charge as I can give when booking.

Sami Zayn def. Daniel Bryan – I liked this match, but I’m not sure how I felt until the end. Zayn does his best to avoid Bryan? Great, get it completely and love it. Bryan finally get his hands on Zayn and slap him stupid? Brilliant! Quite what the goober deserves!

… Bryan loses with a simple distraction when he has a guy who literally trains him in his corner? It feels too easy, doesn’t it? I guess the scouting report didn’t cover Zayn who could actually do something on his own.

(I think I’m talking about liking the finish myself.)

Alexa Bliss and Nikki Cross def. Kabuki Warriors – This was another match that just felt … okay. I think that’s because we’ve seen these two teams so much during the quarantine. It was solid enough, but nothing you wouldn’t expect to see on Raw or SmackDown any week during the year.

Cesaro def. Drew Gulak – This was a match before the show and contained Gulak who had a really clear playing field to attack Cesaro with. It makes sense for a coach, right? However, Cesaro managed to overcome the playing field with a little ingenious ingenuity and a spin without flying.

Elias def. Baron Corbin – This was the most SmackDown competition of all time and absolutely no hype to it. Elias won via a roll up and further cemented how little I took care of it.

I rate this on a curve because you have it seen the world recently? Until the last four matches of the night, I was extremely disappointed and felt that I had wasted a whole night.

But then the damn BONEYARD match happened and I came across ratings with two letters.

And if you’ve forgotten … we have a fiery ball-house match that will probably end at night two. I’m actually really excited for it.

Kanye West met Kushner as a puppet for rapper eyes 2020