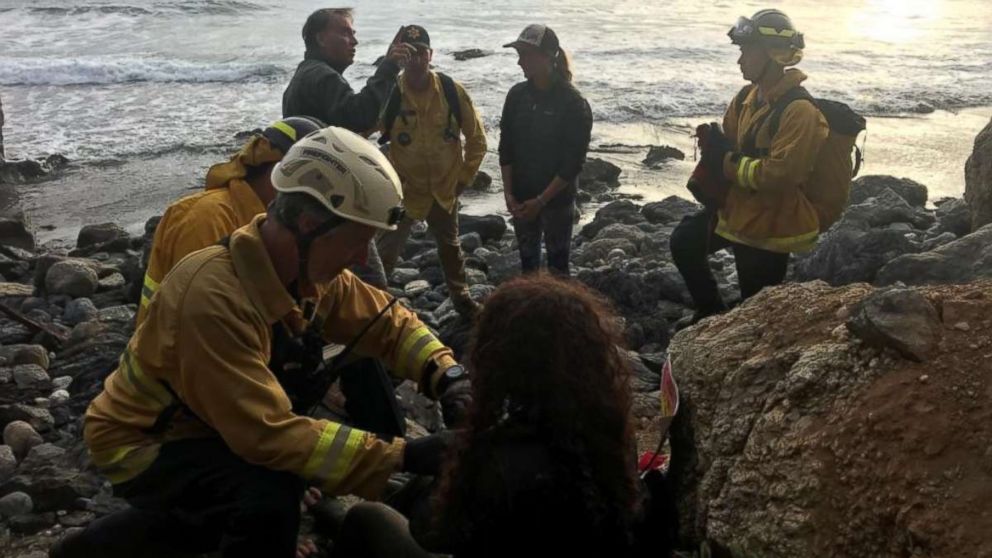 An Oregon woman has a spectacular story of survival telling her she crashed his jeep from a cliff and survived for a week before it was discovered by hikers on Friday.

Andrea Hernandez, 23, was notified on July 6 when she failed to appear in her sister's house in southern California, police said. She had called her sister halfway through the trip from Portland, but after saying that she was six hours from arriving to Lancaster, California, she suddenly disappeared from the map, according to the missing personal report from Monterey County Sheriff's Office.

A whole week later, Hernandez was miraculously rescued at the bottom of a 200-foot cliff near Big Sur after hikers found that she was missing the 201

1 Jeep Patriot half in the Pacific at 6:30 am, according to the sheriff's office.

Hernandez had a shoulder injury and concussion but could go and talk, according to officials.

California Highway Patrol said she drank water from her car's radiator to live.

"Angela Hernandez has been placed and transported to the hospital," the sheriff's office tweeted shortly after 11 pm Friday.

Officials had watched along Highway 1, bordering the Pacific Ocean and Big Sur after surveillance video showed she left a petrol station near Carmel on July 6, about 25 miles north of where she was found. The only second clue was a ping from a mobile tower along Highway 1 in Davenport.

Hernandez had talked to her sister from Half Moon Bay, where she had spent the night on July 6th before she left for her last trip on her trip, according to San Francisco ABC station KGO.

In the missing personal report, the statement read: "It has been 3 days now and her family has not seen or heard from Angela. Angela is an active social media user and since then she has not been active. Going straight to the voicemail.

"She has not shown her family any signs of depression, being suicidal or any indicators that would explain her unexpected disappearance," adds.