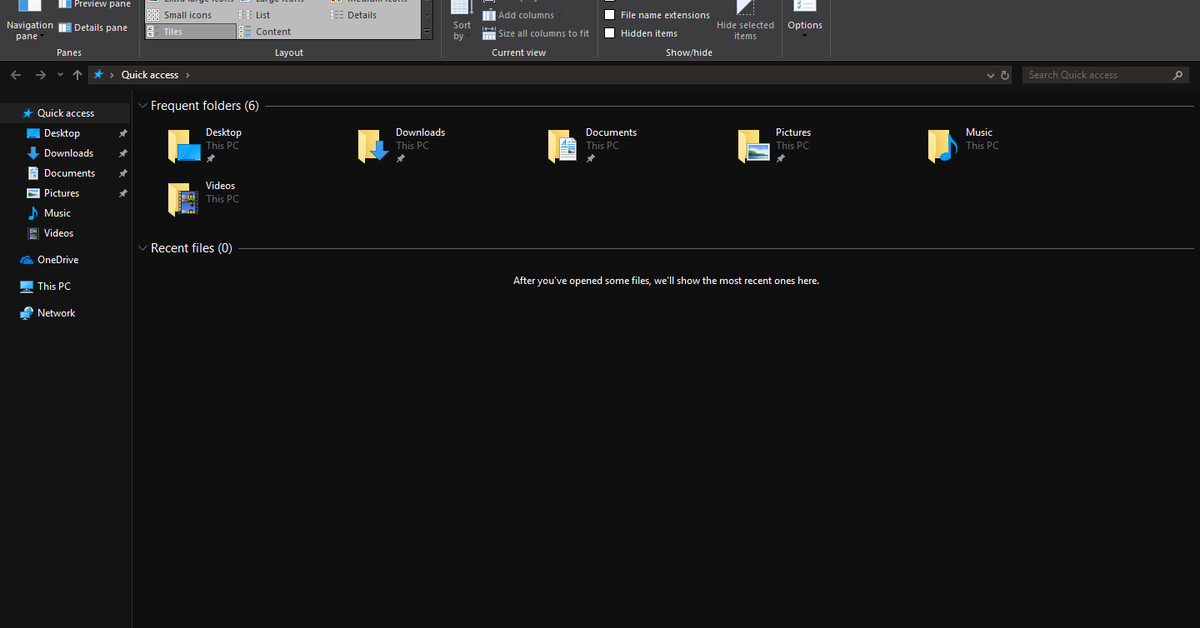 Microsoft is testing a new Windows 10 building today (17666) that contains some new features that will be available later this year. The biggest addition is a new cloud-released clipboard that allows Windows 10 users to move their content on the clipboard across devices, and probably finally to Android and iOS devices. Cloud Clipboard contains a history of what has been copied and it will be synchronized in the same way as Sets and Timeline, so you can copy from one computer and paste to another.

In addition to the Cloud Clipboard, Microsoft also takes a dark theme to File Explorer to match the rest of the Windows 10 Dark User Interface. The new building does not have a full version of the dark theme yet, but Microsoft previewes how it will eventually look in Windows 10. Microsoft even makes minor changes in the notebook, enabling developers to use Unix / Linux line changes (LF) and Macintosh line endings (CR) in the app. You can also select words in the notepad and use a hotkey or shortcut menu to search for Bing for the word.

Microsoft also makes some subtle changes to Fluent Design in the latest 10th version of Windows 10. Sets now has an acrylic title field and the Alt Tab experience now includes Microsoft Edge tabs to switch between. You can disable this new All-Tab change in multitasking settings and this subtle enhancement connects to the new Windows 10 screenshot utility. The new Windows 10 build 17666 is available for Quick Insiders instantly and the features will be available for Windows 10- users later this year.