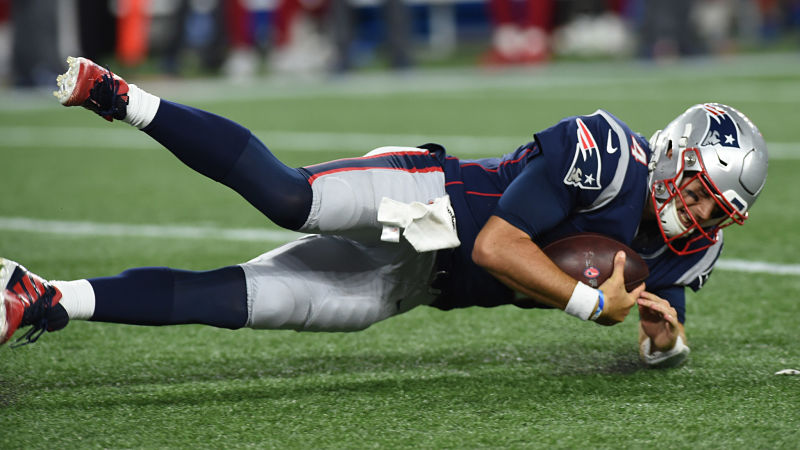 All signs point to Jarrett Stidham being at the center of Foxboro as the Patriots open their 2020 season.

Not so fast, says Rob Ninkovich.

Stidham arched New England’s quarterback depth chart after Tom Brady left the team in free agency. The Patriots went on to not select a quarterback in the 2020 draft and did not appear to be interested in any of the remarkable veteran signal calls available this season, such as Cam Newton, Andy Dalton and Jameis Winston.

Still, Ninkovich believes Stidham will be on the sidelines when the Patriots host the Miami Dolphins during Week 1. Given the changed spring season and potentially shortened (or no) training camp, the former pass rusher believes that Bill Belichick and Co. will go with their safest option at quarterback to start the campaign.

“I think Brian Hoyer will be starting week 1

and I say that because the quarterback position is one of the most important for reps under center, look defensive, look at coverage, understand the offense,” Ninkovich said Friday on ESPN’s “Get Up.” “… Look, they’re not practicing right now. There is no minicamp, there is no season, there is no training camp. We do not know when it will happen.

“So if you have a veteran quarterback who has been in the system, understand what to expect from what an NFL season is, you will want to go with a guy who has that veteran leadership (and) also what it takes to be Look, when you’re a second-year player, you really don’t realize what a season is like a start. You don’t understand what it’s going to take, and not having a season doesn’t help. So Brian Hoyer will start week 1. ”

Although your first reaction may be to deceive Ninkovich’s projection given the Stidham hype this spring, it’s hard to put anything past Belichick. The Patriots have a fairly established track record of assigning roles to the most deserving player, so if Hoyer impresses more then Stidham this summer, New England might not hesitate to roll with the 34-year-old. The Patters must surely want to see what they have in Stidham, but probably not at the team’s expense.

We have to wait and see.