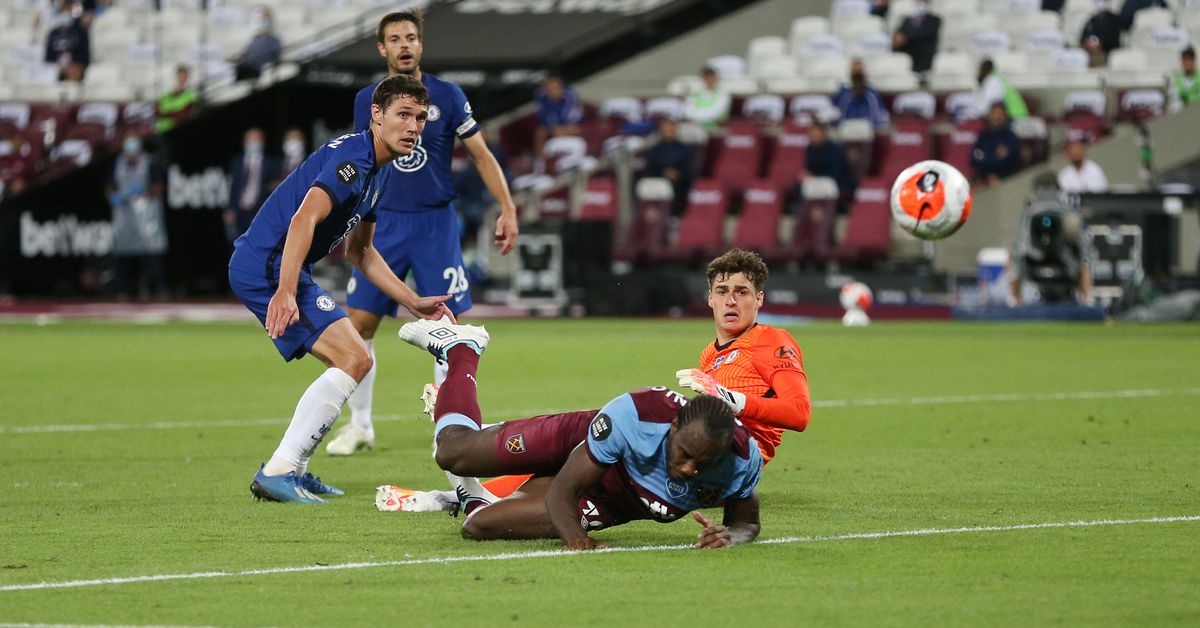 Chelsea was clearly second best in every department from the first minute to the last. Faced with a resilient defense, the team struggled to create clear chances and were usually poor in sets.

Pulisic’s run won a penalty that was converted by Willian but West Ham had a goal excluded from a set before using the same tactic to grab the equalizer.

Shambolic defended gifted West Ham a second goal before Willian’s free kick leveled the procedure. Chelsea looked good in a 10-minute lead after the equalizer but struggled to create many chances for one for Giroud.

When the wait for a third goal was extended, Chelsea engaged many men ahead and had to pay the price for it through a classic counter-attack from West Ham.

Lampard got stuck with the same 4-3-3 system that had produced fantastic results but may regret his team selection. The two advanced midfielders are the most important players in this system and choosing Kovačić and Barkley disrupted the team’s regular game flow. It was no surprise that the move improved dramatically when Mount arrived.

The usual set teams continued and there seems no end in sight, at least until the end of this season. Part of the debt must take the shoulders of Lampard, regardless of staff.

This was the fourth game this season where opponents have scored from all their shots on goal against Chelsea. His poor judgment in building West Ham’s first goal and his positioning in the third were reminders of mistakes we’ve seen throughout the season.

There’s not much more to say, really.

Azpilicueta tried his best to make things happen in the final third but with minimal help from his teammates there is not much he could have done. His emphasis on the intersection increased as Giroud was taken on, but the accuracy left much to be desired.

After a phenomenal performance against Manchester City, this was a reality check for Christensen. His assessment was often poor and he was consistently beaten in duels by Michail Antonio. Ball monitoring didn’t help either.

Perhaps the team’s worst player of the night. Gave up the corner, quite unnecessarily, which led to West Ham’s first goal. His performance went down from there, and his defense for the third goal was particularly poor. Showing Yarmolenko to his stronger left foot was a defense he probably does not want to see again.

Although it wasn’t his best showing, Alonso probably won’t come out of this game with too much reputation here. Could possibly have gotten help from a good cut-up to Giroud, and contributed some nice passes in the final third. In the end, he had nothing to show for it.

In the Colony of Kanté

This was designed to be a fantastic performance from Kante until his poor judgment for the third goal, trying to win the ball in the box instead of sitting deep. He did a good job otherwise stuttering West Ham’s counters.

Given the chance to start after his como against Leicester, Barkley failed to capitalize. Players some nice passes, but did not contribute any substance at the end of the day. His quick decision making needs to work and he has to start taking more risks if Lampard wants to hit deep blocks more comfortably.

Played in an unknown attack position and it showed. Kovačić struggled to play penetrating passes and struggled to develop the ball quickly enough – reminiscent of his performances during Sarri last season. But he cannot be blamed much on the fact that his skill does not fit the role he was assigned.

Continued his great form drive and took his goal contribution to 7 in the last 6 matches. While this was not his best performance overall, he stood up when it mattered and made meaningful contributions. His farewell tour has been excellent so far.

A pretty horrible performance overall. Struggled to make the right runs inside the box, could not bring his teammates into play and got the ball in harmless positions. Not his best day in the office.

It is unlikely that Pulisic is completely satisfied with this screen despite winning the two foules that led to Willian’s stay. His shooting radar was off and he wasn’t at his best from a dribbling perspective except the two fouls won. His passing in the final third also needs some work, especially when it comes to consistency and having a wider field of view. Regardless, he was one of our better artists.

Changed the game from the bench. Interestingly, he had a deeper position than he usually does on the ball and tried to make things happen. Increased our speed of possession within minutes but could not land a decisive blow, either in passing or shooting.

A much more encouraging display compared to the view towards Aston Villa. Loftus-Cheek seemed sharper and more willing to take risks. But rustiness showed and his execution was not at the necessary level.

Offered a better reference point for the attack than Tammy Abraham. Feels that he should have made better of Alonso’s move back late in the second half, especially since it was on his stronger left foot.