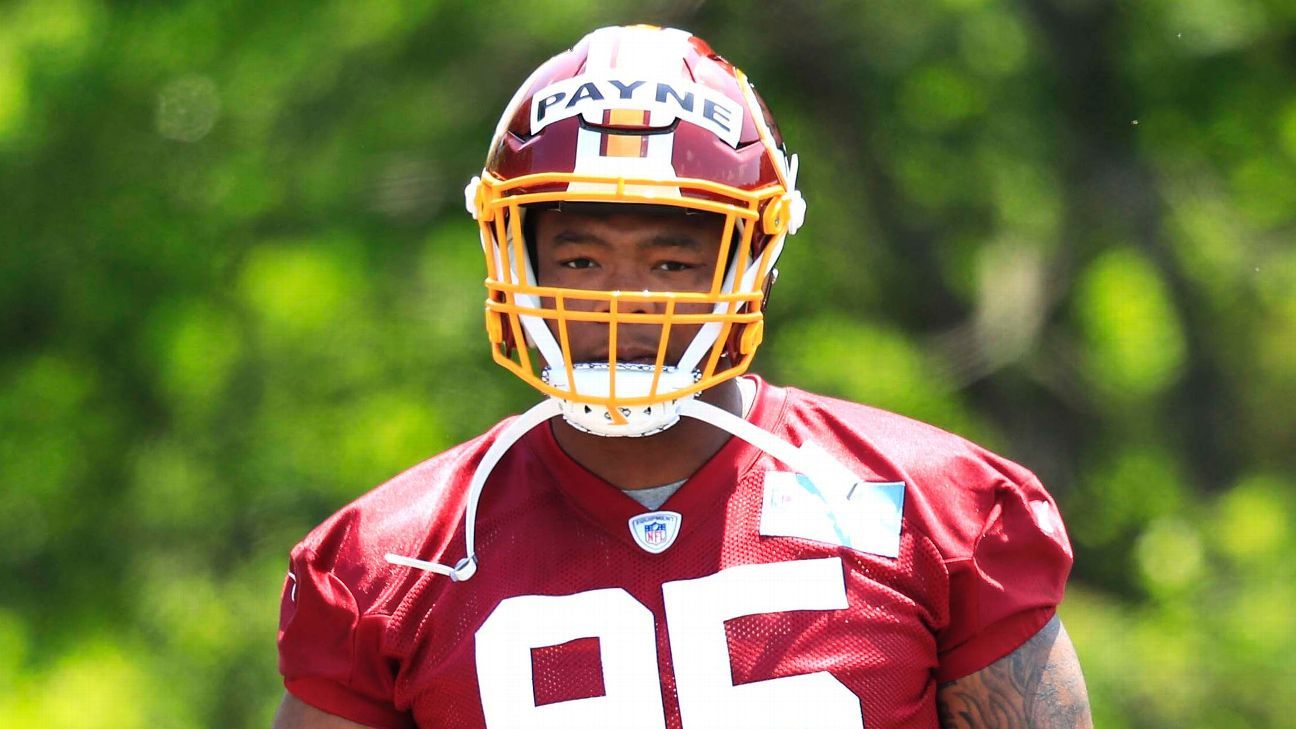 RICHMOND — Washington Redskins rookie defensive tackle Daron Payne will miss two to three weeks with an injury to ankle. Payne had his left ankle trampled in practice Friday and will go for a walk for a week, said coach Jay Gruden.

Washington elaborated Payne with the 13th election in April and placed him as his starting nose tackle in the spring. Teammates have raved about his presence in the middle, even during exercises without pillows. Payne has been hard for offensive linemen to move and has stood out with his strength. The horror said he does not think it will put Payne back, nor did he worry about his preparedness for the season's start.

"He is great, strong and physical," said Gruden. "He will probably be stronger in his two weeks and will work out. He is in good shape, so it's not a big deal. He's already very smart, know the defense so he's good."

Red shades were among the NFL's most injured teams in 2017, with last year's No. 1 pick missing 11 matches with a Lisfranc injury in his left foot. They used 36 different offensive line combinations due to injuries. And they still have several important players recovering from offseason operations, including tight end Jordan Reed, offensive officers tackle Trent Williams and Morgan Moses and drive back Chris Thompson. Everyone is back in practice, but not yet in full teamwork.

In Payne's absence, Redskins will use the fifth round to pick Tim Settle at his nose thanks to veteran Phil Taylor, who has not played in a regular season game since 2014.