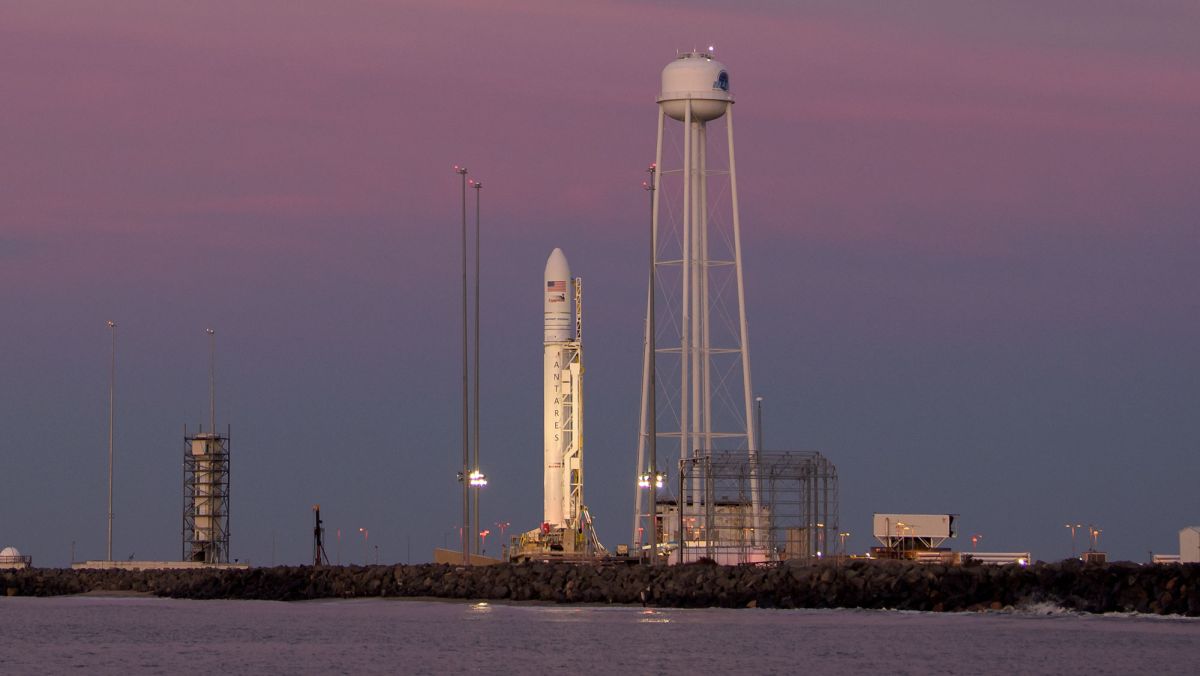 The NG-12 Cygnus spacecraft is scheduled to launch at the International Space Station aboard an Antares rocket (also built by Northrop Grumman) on Nov. 2 at 9:59 a.m. EDT (1359 GMT) from NASA's Wallops Flight Facility on Wallops Island, Virginia, according to a NASA update. The mission, called CRS-12, will fly under Northrop Grumman's Commercial Resupply Services contract with NASA.

"This new target accommodates the expected departure at the end of October of the Japan Aerospace Exploration Agency's HTV-8 cargo vehicle and other activities at the space station, "NASA spokesperson Keith Koehler of the Wallops Flight Facility told Space.com in an email. The launch was previously delayed until no earlier than Nov. 2, but has now been officially scheduled for Nov. 2, Koehler said.

The disposable Cygnus spacecraft and Antares rockets have been flying cargo missions to the space station since 2013. NASA initially selected Orbital Sciences (later known as Orbital ATK and now as Northrop Grumman Innovation Systems) as one of two commercial cargo partners in 2008. SpaceX was the other company.

The International Space Station is currently kept stocked by a fleet of robotic cargo ships. In addition to Cygnus and Dragon vehicles, supplies are delivered by Russia's Progress vehicles and Japan's H-II Transfer vehicles. The European Space Agency also flew five cargo missions with its own Automated Transfer Vehicle.