Breaking News
Home / US / Virginia crash on I-64: A bus threw into a semi truck, split it in half and left 19 people in hospital

Virginia crash on I-64: A bus threw into a semi truck, split it in half and left 19 people in hospital 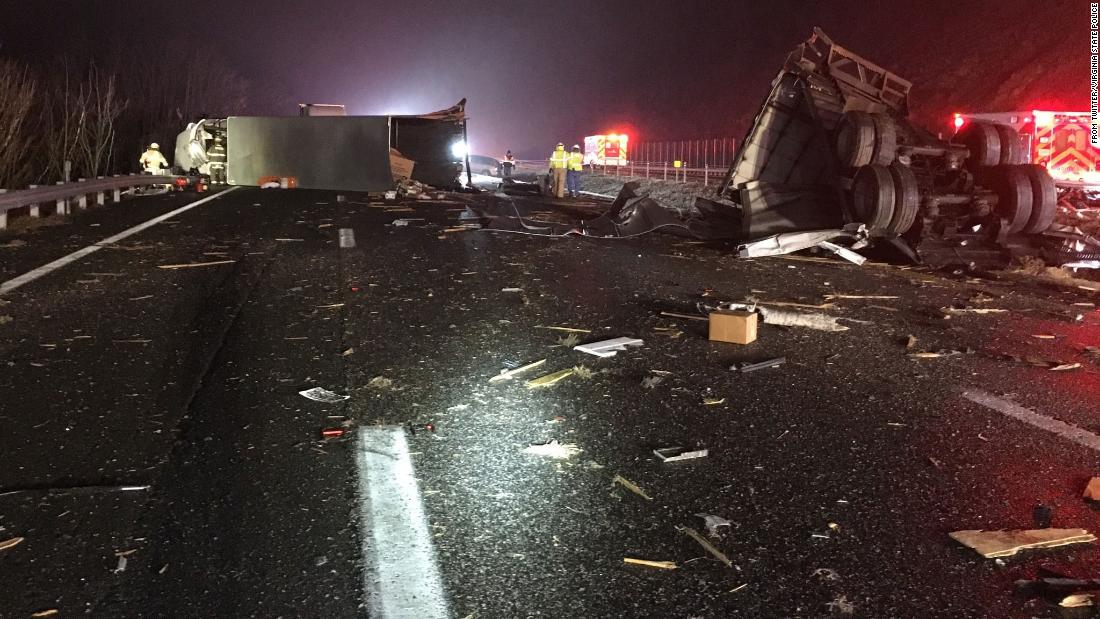 The crash occurred around 4:30 a.m. on the eastbound lanes of Interstate 64 near the Nelson-Augusta lines, said Corrine Geller spokeswoman for Virginia State Police.

The driver of a tractor trailer lost control and the semi-truck filled with mail turned over, state police said.

A nearby charter bus could not avoid the semi turn and hit it.

"The effect of the crash divided the tractor car in half," Geller said. "The bus ran from the right side of the highway and came to rest against the railing."

More than 20 people were on the Silver Lining Charters & Tours bus, police say.

9 people were taken to hospitals, including the bus wiper, Andrew L. Burruss, and the driver of the semi-truck, James Proffitt.

No deaths were reported. Those injured by the hospitalized ranges from serious to minors.

At least seven minor crashes followed in the same lane as the major crash, state police said. No one was injured in the minor crashes.

The Virginia State Police Motor Carrier Safety Team helps with the investigation. The US Postal Inspection also responded to the scene because the tractor trailer was loaded with mail.