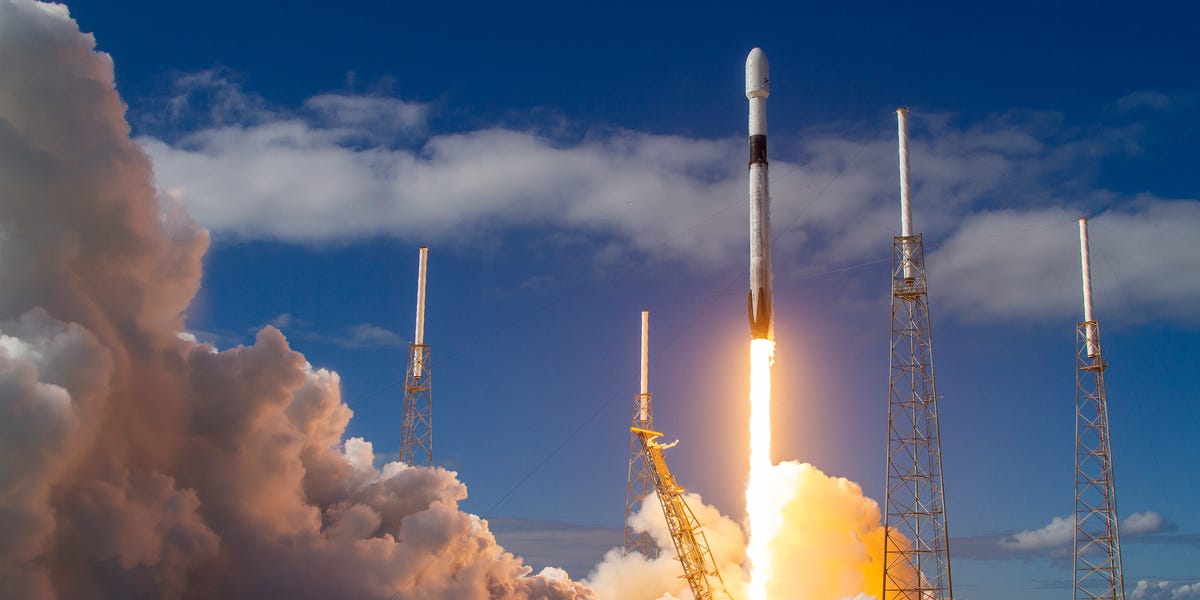 Elon Musk is one step closer to its goal of stationing a network of 12,000 satellites in orbit over the earth.

On Monday, SpaceX successfully launched 60 of its Starlink satellites into orbit. This is what the satellites looked like before they were loaded onto the rocket.

They were transported into space by a SpaceX Falcon 9 rocket, which launched at 2:56 UTC from a launch pad in Cape Canaveral, Florida.

Once it was at an altitude of 280 km (174 miles) the rocket launched the satellites.

The stated goal of SpaceX's Starlink project is to create a network of nearly 12,000 satellites to bring high-speed Internet to remote and rural parts of the world.

After sending the satellites for Falcon 9 rocket landed successfully on a landing pad in the Atlantic.

Although the original plans for Starlink listed nearly 12,000 satellites, Space News reported last month that the company appl requested the International Telecommunication Union (ITU) for permission to launch another 30,000.