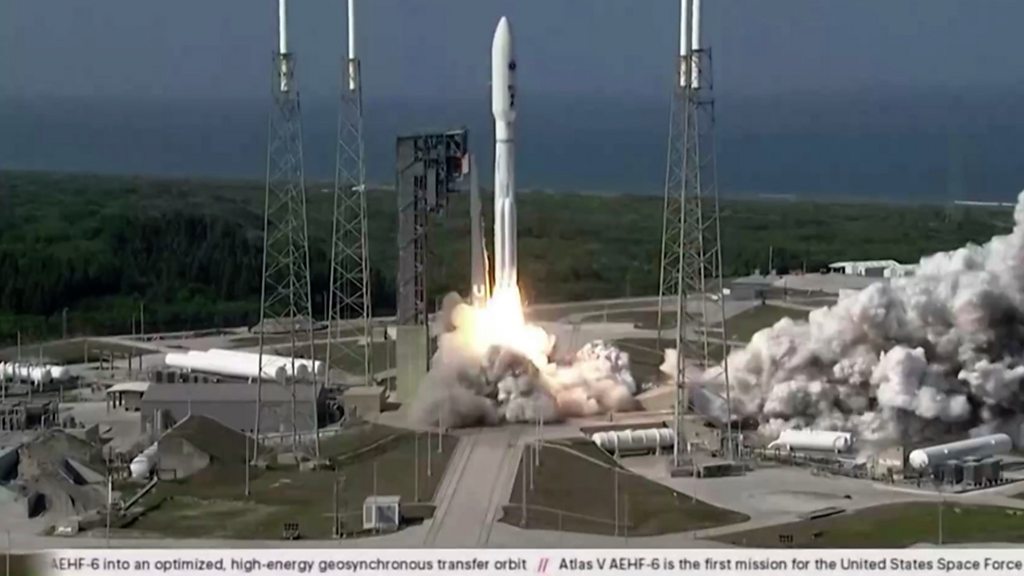 The US military’s newest branch has launched its first satellite, despite a technical glitch that forced a delay.

A hydraulic fault stopped the countdown for 80 minutes before the problem was fixed.

US President Donald Trump set up the space force, which is focused on space warfare, in December 201

Lieutenant General John F Thompson, head of the California space and missile system, explained why the launch continued despite the Covid-19 pandemic.

“It’s a really, really important launch,” he said. “It’s the very first launch for the US space force.

“[The satellite] supports the president and other world leaders with critical communications around the planet. This launch extends communication to a timeframe after 2030. “

The countdown was held at T-Minus 46 seconds after a problem was detected with a hydraulic accumulator – a device that collects fluid and keeps it under pressure for energy storage.

This is the first launch under the US Space Force.

It was announced as a sixth and separate branch of the US Armed Forces 2018, described as Trump Trump as “separate but equal” to the Air Force. The other US military branches are the Army, Navy, Coast Guard and Marine Corps.

The space force was then officially confirmed in December 2019 when the president signed the US military budget of $ 738 billion (£ 567 billion), with an initial $ 40m for the space agency’s first year.