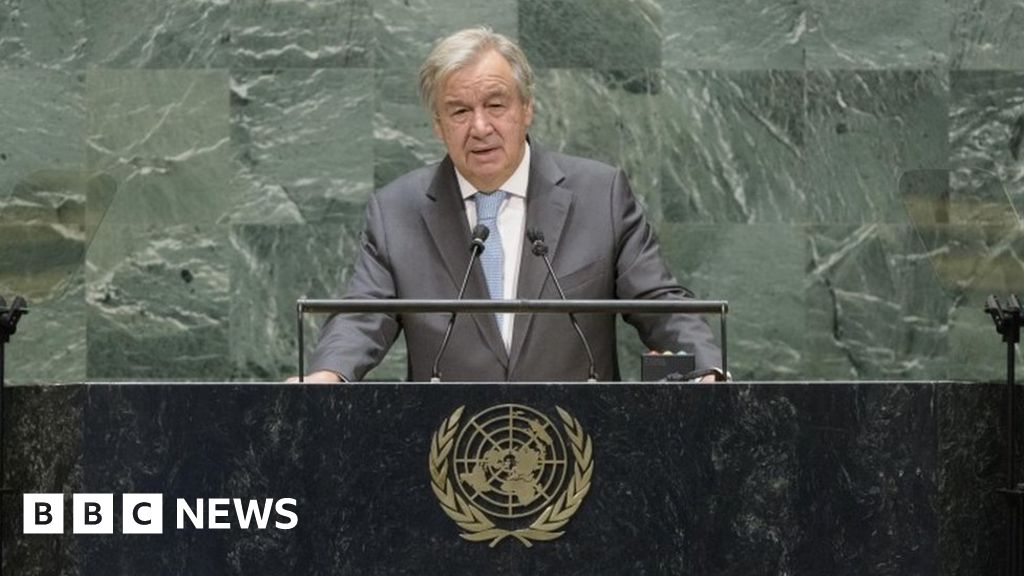 The world must do everything possible to prevent another cold war, the UN chief has warned when he opened a General Assembly that would be dominated by tensions between the United States and China and the Covid-19 pandemic.

Secretary-General António Guterres said the world was moving in a “dangerous direction” and spoke of the fracture created by “the two largest economies”.

Both US President Donald Trump and China’s Xi Jinping will speak later.

Normally, the UN headquarters would be filled with world leaders and their representatives, who use the opportunity to speak out about their achievements and talk down their rivals, correspondents say.

Instead, figures such as the US and Chinese presidents have given pre-recorded speeches.

Speaking at the UN building in New York, Guterres said: “We are going in a very dangerous direction.

“Our world cannot afford a future where the two largest economies divide the world into one big fracture – each with its own trade and financial rules and internet and artificial intelligence capabilities.”

The United States and China are in conflict on a number of issues, from trade to the coronavirus pandemic.

At the outbreak, Guterres said: “The pandemic is a crisis unlike any we have ever seen. But it is also the kind of crisis we will see in different forms over and over again. Covid-19 is not just a wake-up call. “It’s a rehearsal for a world of challenges to come.”