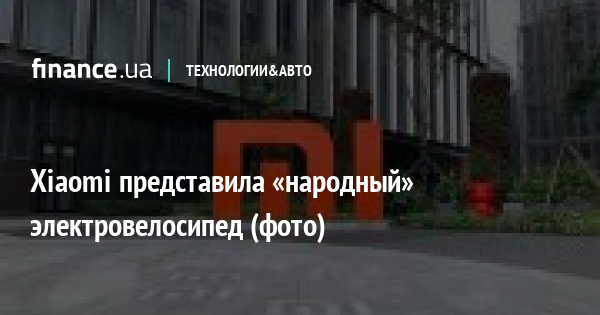 Xiaomi has expanded its range of electric bicycles. The novelty entered the Qicycle range – unlike the first $ 3,000 version, a bike called the Electric Power-Assisted Bicycle National Standard, which meets China’s national standard for electric transport, went on sale at a much more affordable price.

The new QiCycle got three driving modes: economical, with only 25% of engine power, balanced with a “range” of up to 40 kilometers, and advanced, which uses 75% of electric power. The maximum cycle speed is 25 km / h.

The new bike with the dimensions 1530 × 205 × 1040 mm weighs 18 kg. There are several holes on the unit frame for attaching baskets and other units for transporting luggage. The maximum load capacity of the model is 100 kg.