Depardieu will play Brezhnev in a film about Czechoslovakia 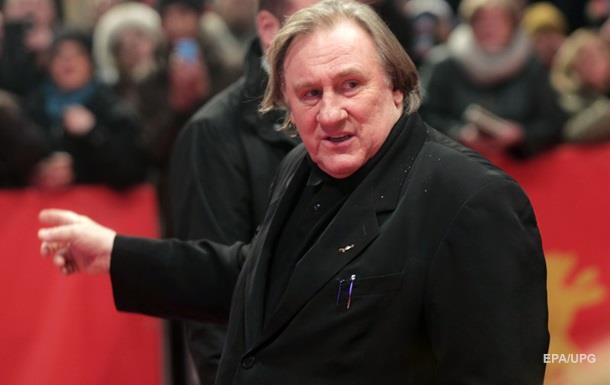 The French actor will appear in the image of Croatian director Lordan Zafranovich about the leader of Prague our Alexander Dubcek.

Actor Gerard Depardieu plays Soviet leader Leonid Brezhnev in a film about the events in Prague in the spring of 1968. The film's producer, Andrei Antonio Leka, informed ČTK on Sunday, August 25.

"We signed a contract with Mr. Depardieu. In September we will meet with him and his team in Paris and discuss the details of the film. As for actor Alexander Dubcek, he should be played by a well-known actor in the world, but negotiations going on with him, "Sa Leka said.

The director for the picture under the working title The person's face will be the Croatian director Lordan Zafranovich. The film is written by Slovak author Karol Glavka, who has so far only completed the first part.

Leca Production film studio is responsible for the photography, the budget of the picture will be more than ten million euros. It is assumed that the band will be ready by the end of 2021

, when it is 100 years since Dubcek was born. The world premiere is scheduled for early 2022.

The Prague Spring is a period of liberalization in Czechoslovakia, which lasted from January to August 1968, and is associated with the election of Alexander Dubcek as Secretary of the Communist Party and his reforms aimed at expanding citizens' rights and freedoms and the decentralization of power in the country. .
Leaders in other socialist countries saw this as a danger to the entire eastern bloc and after unsuccessful attempts to convince Dubcek and his colleagues to stop the experiments, the heads of the Soviet Union, East Germany, Poland, Hungary and Bulgaria sent troops to Czechoslovakia. [19659017] Remember that in 2013 Depardieu decided to leave France and accepted Russian citizenship.

In July 2015, SBU added the French actor to the non-grata list in Ukraine and banned entry for five years.