a gift for the 110th anniversary – Autoreview 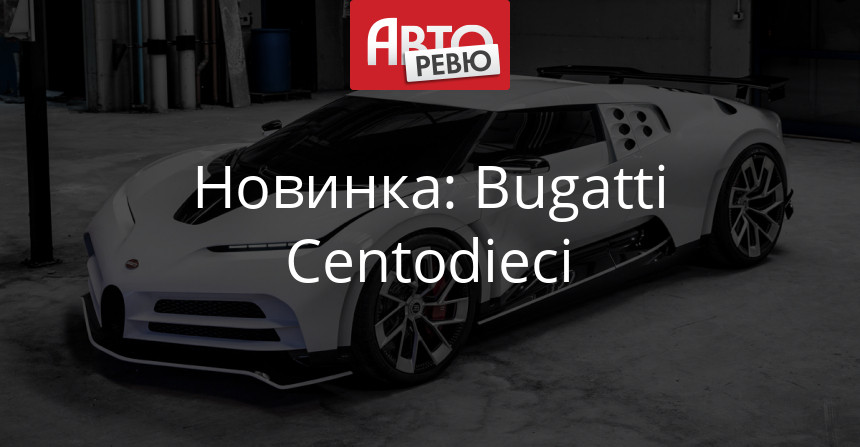 This year, the Bugatti brand celebrates its 110th anniversary: ​​Italian engineer Ettore Bugatti founded a company named after himself in 1909 and soon began making cars of his own design for sale. The current company Bugatti Automobiles SAS, owned by Volkswagen, decided to celebrate its anniversary with the release of a special Centodieci model, which premiered at the elegance of the American city of Pebble Beach. 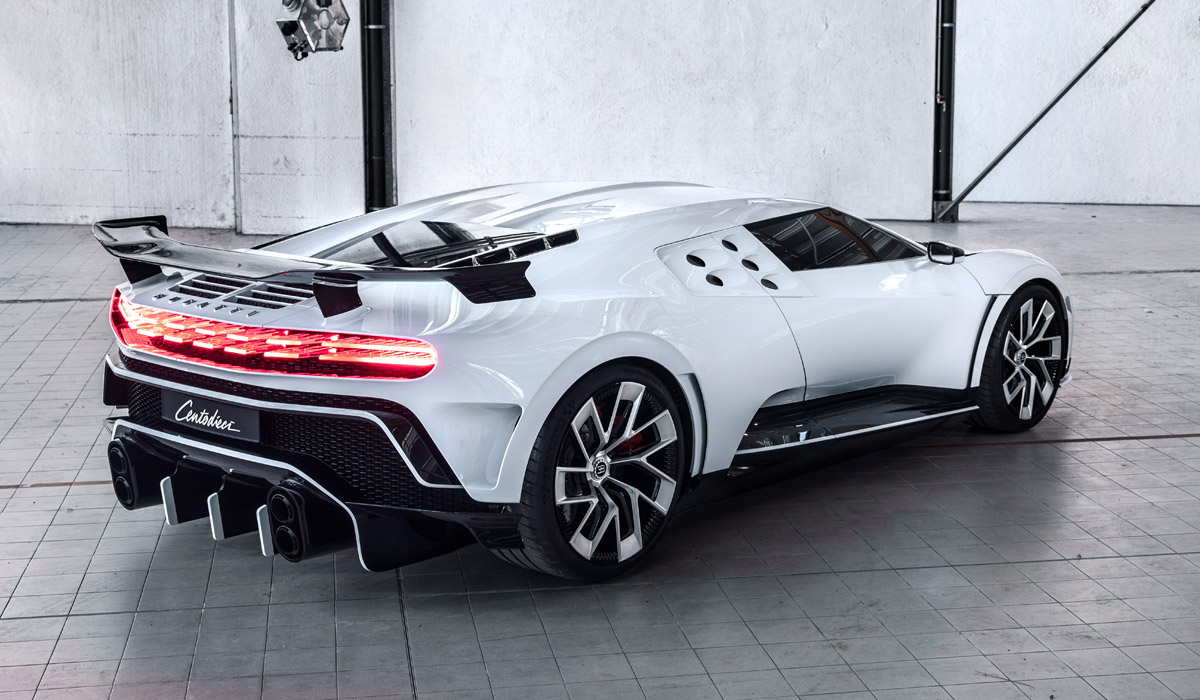 The car's name is called "centiodi", and translated from Italian means "one hundred and ten". "The anniversary model is based on the Bugatti Chiron serial hypercar, but stylized as the Bugatti EB1

10 coupe, which debuted in 1991 and got its name after the 110th anniversary. by Ettore Bugatti himself, that car was developed by Italian company Bugatti Automobili SpA led by entrepreneur Romano Artioli, and the current company has nothing to do with it, but that did not prevent Volkswagen from giving green light to the anniversary project.

From left to right right: EB110 SS, Centodieci and Chiron

Bugatti Centodieci models are not at all a copy, but an attempt to rethink the design of the EB110. Cars have a similar configuration of air intake and aerodynamic elements. The most characteristic features are the reduced " horseshoe "in the central air intake at the front, as well as five round holes on the side walls behind the doors. 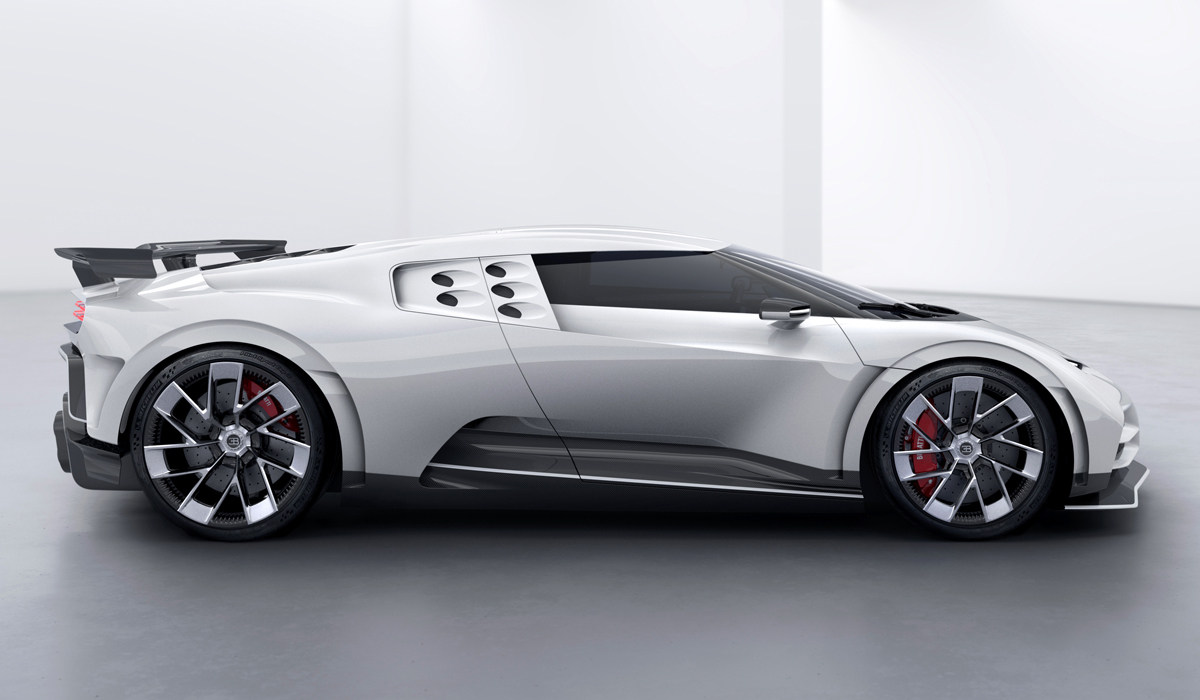 Compared to C hiron has Centodieci completely original outer bodies. The front divider is elongated, an extra air duct is made in the front boot lid, and the engine cover is made of glass, as was the case with the EB110. LED floodlights redesigned. In short, this is not just a "styling package" but the result of serious work. The rear grille with only integrated lamps was adjusted for several months to optimize the heat dissipation from the engine room. 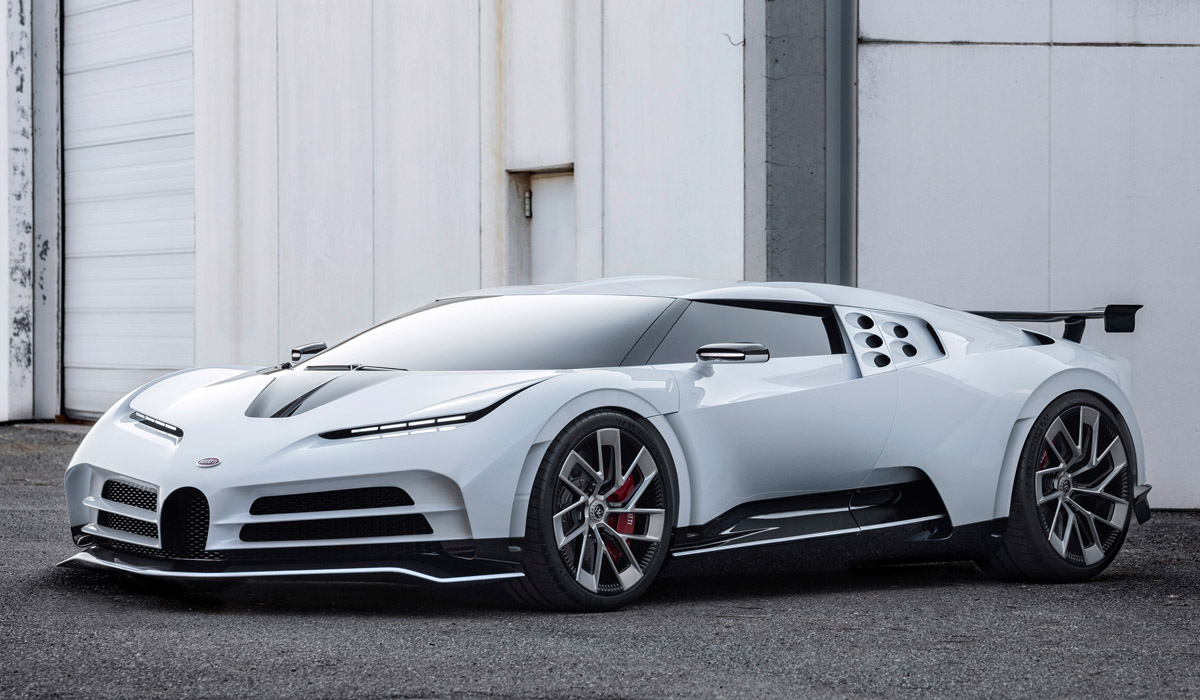 The eight-liter W16 engine with four turbochargers is increased from 1,500 hp, which the base Chiron has to 1,600 "horses". Gearbox with a seven-speed preselective "robot" and permanent four-wheel drive remained standard. The Bugatti Centodieci is 20 kg lighter than Chiron – including because of the increased use of carbon fiber: the wiper mechanism and anti-roll bars are made of it.

But for buyers of such cars all this is not important. The most important thing is that only ten units of Bugatti Centodieci hyper cars will be produced. And of course everyone has already been ordered. The starting price is EUR 8 million against 2.4 million for Chiron, and the release of the entire circulation will take two years.