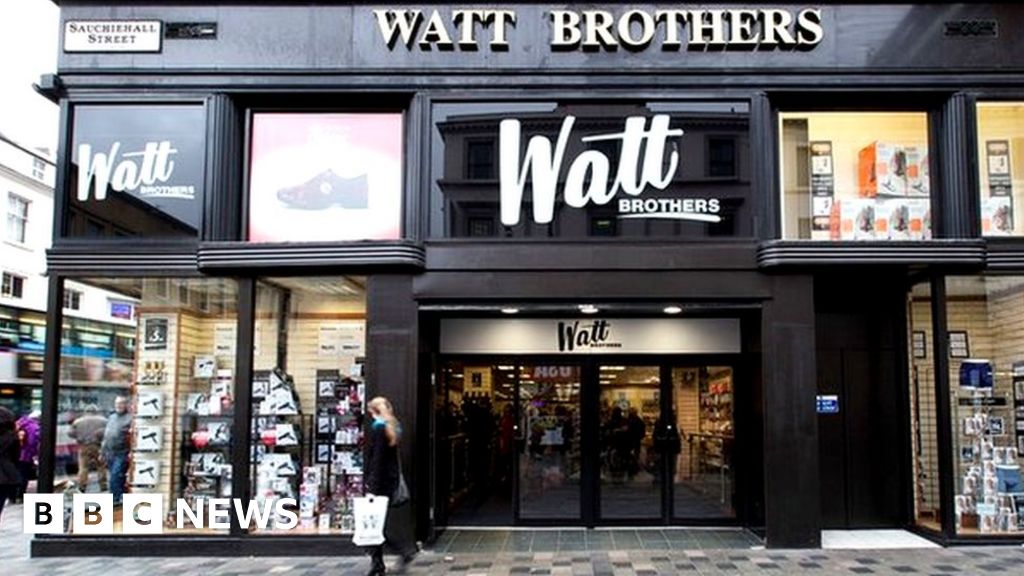 More than 200 people have lost their jobs after the Scottish department store chain Watt Brothers went into administration.

Windows shut down at the company's 11 stores and 229 of its 306 employees were redundant with immediate effect.

The fourth-generation family-owned company was incorporated in 1915 with a flagship store in Glasgow's Sauchiehall Street.

It opened another 10 rental stores across central Scotland.

They sold a wide range of items, including fashion, electrical, household items, jewelry, gifts and beauty.

Blair Nimmo and Alistair McAlinden from KPMG were named joint administrators for the business on Friday.

The company's turnover increased year by year and peaked at around £ 24 million in 2018.

in line with many retailers, the increased revenue was not translated into profit and increased competition from online and discount retailers resulted in a loss in 2018.

Administrators said the Watt Brothers would continue to trade from the flagship store in Glasgow, where a stock processing began on October 19.

Joint Administrator Blair Nimmo said: "Despite the Director's tireless efforts to increase margins, reduce costs and recapitalize operations, Watt Brothers continued to lose trading losses as a result of the well-publicized challenges experienced in the retail business. [19659007]" led to the unfortunate decline of a well-known and highly regarded business.

"We will hold stock clearance and are grateful to the remaining staff for their efforts and assistance at this difficult time."

He added: "We are working closely with Skills Development Scotland, through their PACE team and JobCentre Plus to support the redundant staff.

"We would encourage all parties with an interest in acquiring the business and its assets to contact us as soon as possible. "

On April 30, 1915, Allan Watt – a Lanarkshire farmer's son – set up a small drapery business to increase family income that began to decline.

He opened a store on Glasgow Elmbank Street, specializing in bands and lace

He is the grandfather of the company's latest owner, William Watt.

Coronavirus: The UK government draws up a plan to rescue key companies