Statue of Sir Winston Churchill and Cenotaph being deterred is “sad to see”, says his grandson | UK News 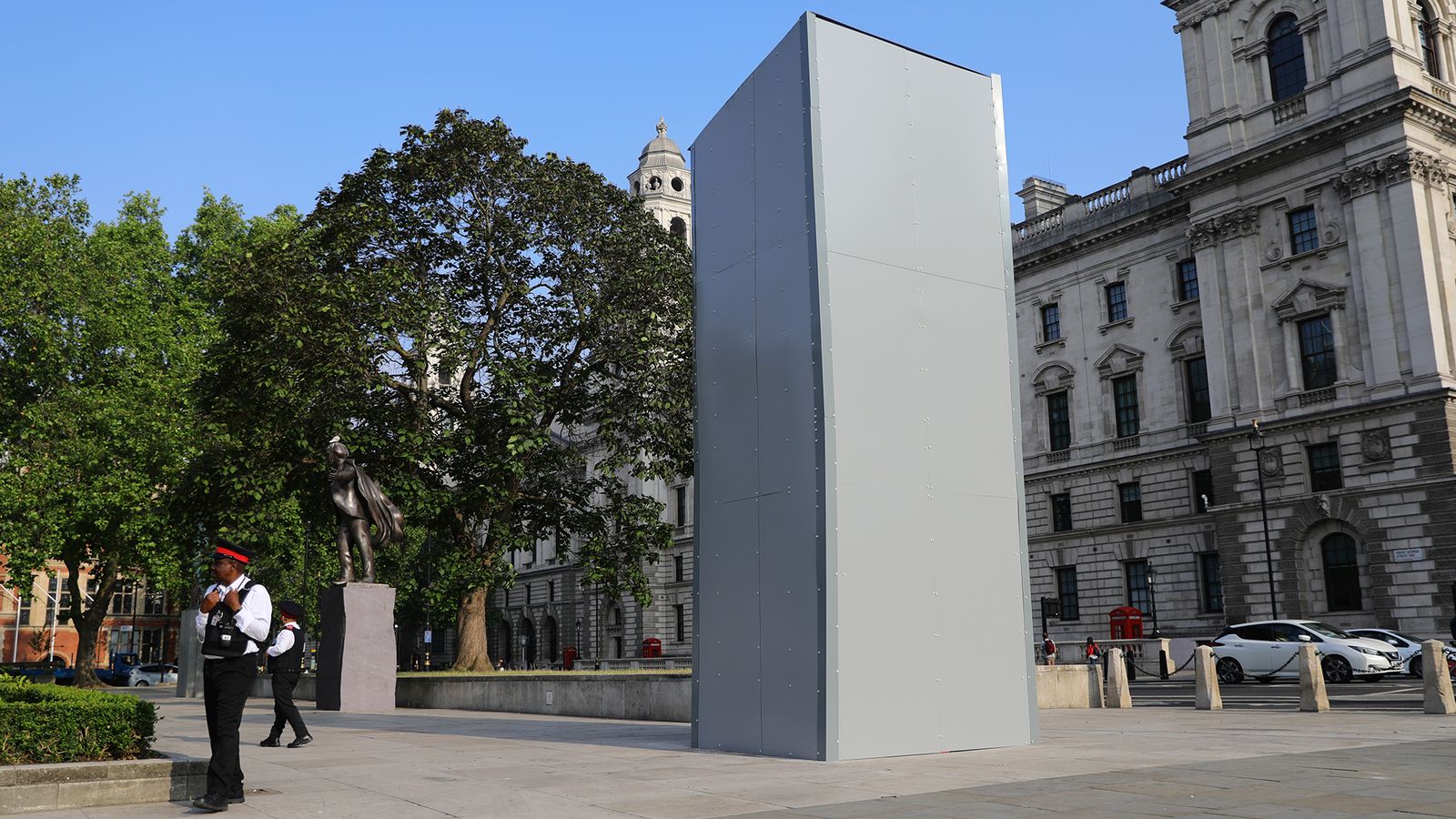 Sir Winston Churchill’s grandson has described the vandalism in his grandfather’s statue and others during Black Lives Matter protests as an “absurd reaction” which is “sad to see”.

Sir Nicholas Soames told Sky News that the majority of Black Lives Matter protesters are “very sincere people” but demonstrations have been “hijacked by a very small number of anarchists and violent people”.

He said that the dismay of his grandfather’s statue in Parliament Square and the Whitehall Cenotaph was “a scorn.”

The former Conservative MP said: “It is rather a sad thing to reflect that even though this is a very important issue, and all these people are demonstrating for what is really a very good thing, it will end with destruction.

“I hope it doesn’t happen again this weekend.”

He said that the statue of slave traders Edward Colston in Bristol which was downplayed by activists was “deeply offensive to many people”, but he does not agree with how it was removed.

The 72-year-old said that statues should be removed “by democracy” and added: “It’s a matter of local government altogether. We don’t do this thing in the UK that if you don’t like something you ruin it.

“That’s the antithesis of all this land stands for.”

“Churchill was born in 1874 under Queen Victoria. He served six of Britain’s kings and queens. He was essentially an Edwardian.

“Many of his views would be unpleasant to many people nowadays because they were in a completely different era.

“But you can’t just interrupt history at the power grid. History is history. You can’t edit or censor it.”

He encouraged people to see Churchill’s legacy “as a whole” and added: “Of course, there were many things he was very controversial about. There were things he was wrong about. You can’t do 60 years of public service without being wrong about some things.

“But at the end of the day, Churchill saved this country. He was one of the greatest leaders this country has ever seen.

“He was a great defender of freedom and democracy, which is what these people want.”

Sir Nicholas is also the great nephew of Scout’s founder Robert Baden Powell, whose statue in Poole, Dorset, was also placed on a hit list of anti-racism protesters.

The local council said it put the monument under 24-hour shelter “until it is either removed or the threat lessened”.

Sir Nicholas, who resigned as MP after removing the whip during a Tory uprising over Boris Johnson’s Brexit deal, said the Black Lives Matter movement is “very important”.

“These people are protesting against something absolutely scary. There is no doubt that much more needs to be done. But drawing statues is not so,” he said.

The girl, 11, dies two days after being hit by a car when she crossed the road | Scoop News

London sees the hottest stretch since the 1960s

More Sussex homes without water as the heat wave continues