Breaking News
Home / Sports / UFC 226: Brock Lesnar vs. Daniel Cormier is not meaningful, but I'm all for it

UFC 226: Brock Lesnar vs. Daniel Cormier is not meaningful, but I'm all for it 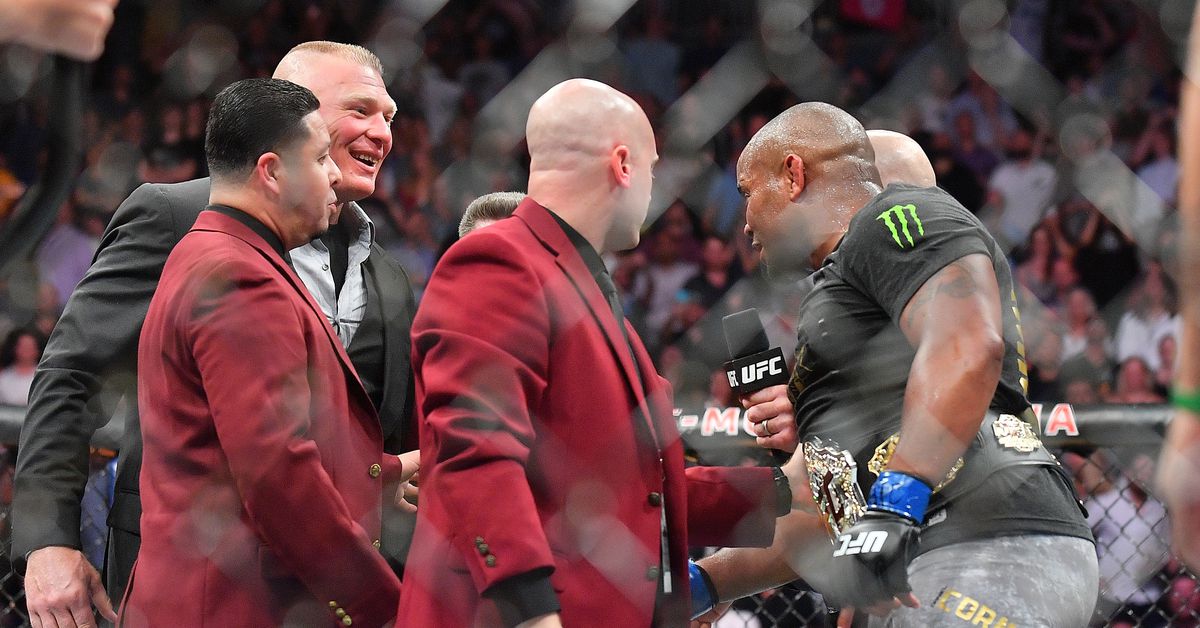 "Brock came in. He knew him for that, but he beat Mark Hunt, one of the best guys. He is a former world champion, and it's a fight that people want to see."

The Dana White was at UFC 226 after the conference conference, as he did not exactly do a good job of trying to justify Brock Lesnar getting a title shot in 2018. But honestly, how could anyone?

Lesnars 2016 decision win over Hunting was reversed because he failed with a drug test. Prior to that, he had a long hold and two losses for Alistair Overeem and Cain Velasquez, meaning his latest official UFC victory goes back to July 201

Let's face it. From an athletic point of view, Cormier vs. Lesnar is not meaningless at all.

Somehow, even though I know everything, I'm still all for it.

About a decade ago, people complained that Lesnar did not deserve a title shot against Randy Couture coming from just a UFC win. It all became when he managed to win the belt and became the longest governmentweight match.

It can not happen now against Daniel Cormier, but I did not complain and I will not complain now – provided everyone passes their USADA test.

While Lesnar is also a legitimate champion and former champion, the match puts up a certain "freakshow" aspect to everything. Some fans just hate this concept, but these types of challenges have always been an integral part of mixed martial arts over the years. Honestly, this would not even be the strangest plan they had for 2018.

After countless weeks looking at boring cards that had little or no star power, I'm more than open to the idea of ​​adding fighters that are also true entertainers with a legitimate result just to change things and add a little sense of things.

Lesnar, as he briefly showed in the aftermath of the UFC 226, is still a larger than life character. Say what you want about the polarizing figure, but he will undoubtedly draw more interest in the heavy title than any other current challenger on the roster.

Talk about deserved challengers, who will just be next to Cormier?

Derrick Lewis vs. Francis Ngannou was probably going to the next title shot, but the 15-minute starving competition really killed that idea. Even Lewis himself says that the "embarrasing" win made his lager so bad that he "surely" did not deserve the next crack on the belt.

Cormier also repeated his plans to retire before his 40th birthday in March. After clearing the 205 lb division and even facing talented but relatively unknown challengers, is that what we expect him to do again at heavyweight for what could be his retirement match?

Jon Jones is not an option right now and Cormier says he would only be willing to endure another drastic cut to 205 pounds if Alexander Gustafsson makes "something spectacular". So if the current alternatives are Lesnar or Lewis, I can not fault Cormier and UFC to pick the spectacle over sports at this time.

Lewis can always meet Curtis Blaydes next to determine a clear number one challenger. They can also place them on the same card to maximize exposure and act as backups if the main line has to pull out.

Cormier has just made history and he has fought the best that the sport has to offer in two weight classes. He has earned the right to go for big money match ups in the twilight of his career, and if it leads to a fun match up that makes people tune in again, I'm all for it.

Les vs Cormier may not be sporty, but it is also a spectacle that the sport can use right now.