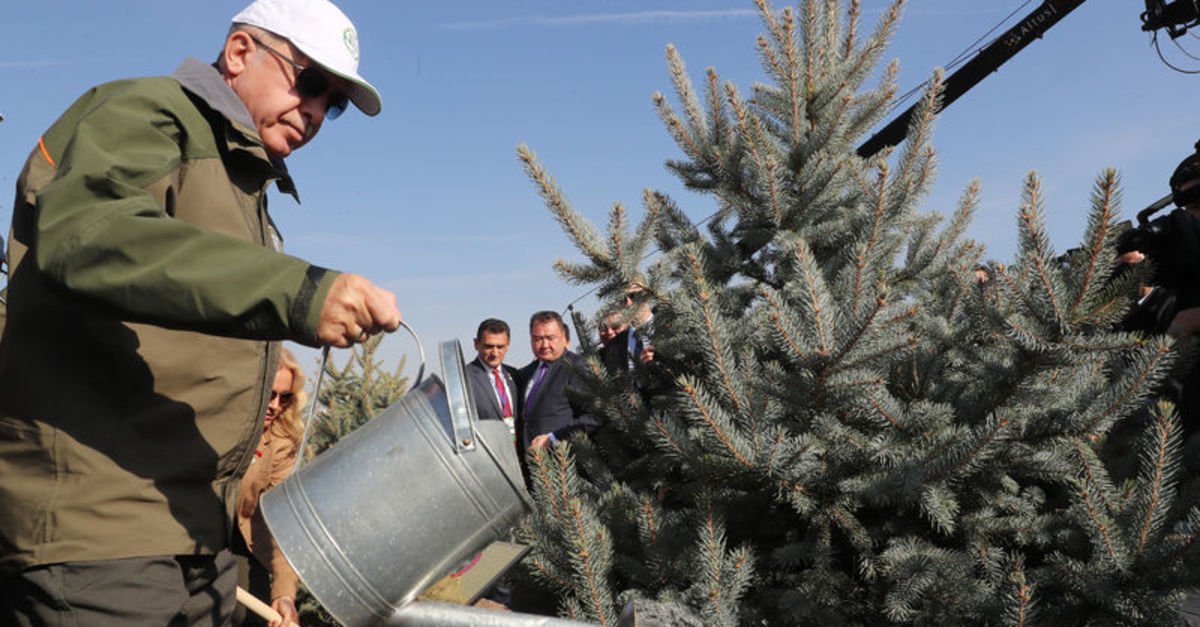 awareness of a greener environment and future generations is growing simultaneously in 81 provinces in Turkey "11 million tree planting" event at 11:11 hours started in Ankara.

Before the afforestation campaign was carried out throughout the country, the number of plants owned by 81 people in 81 provinces with the support of the people increased over the website "Breathing to the Future" (gelecegenefes.com)

President Erdoğan spoke at the ceremony to "plant 1

"on 2019/11/11 hour 11:11 We bring together a total of 11 million plants and trees Hope not to breathe in the future Our goal is to reveal a Turkey photo emerald green my gratitude to the citizens who attended the next planting seedlings four our country .. 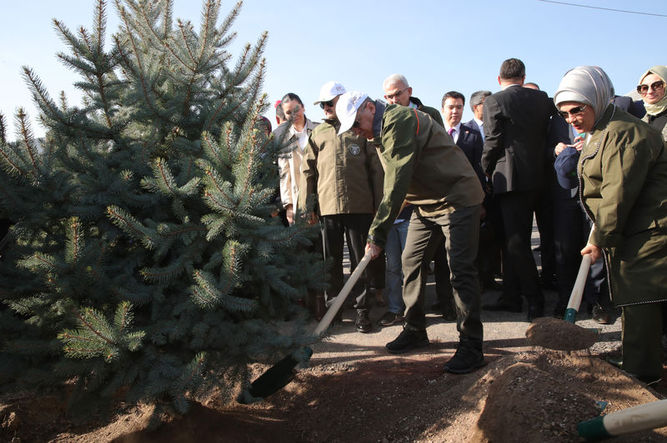 I would like to thank the Lord and his team for making these seedlings that we have collected with the soil of our country, our country and our 81 provinces.Guinness record book will be followed and recorded by authorities, and we signed the presidential decision last week to announce Nov. 11 as National Afforestation Day, and it will be in the areas that are set to plant plants when it shows Nov. 11.

Dede Korkut tells how beautiful the tree is. boom, "he says, we will continue to roam forests we will create with seedlings. end and future and make history in the economy. He writes history of deforestation and greening as well as here.

DREAMS DO NOT PLAN TREES

Earlier, someone tried to plunder our cities with pruning of trees. They had been burning in the streets for weeks, plundering the property of our craftsmen. Where are those who call it a tree? None of them, no planted trees. They say the trees do not sew, Turkey would burn like a gossip.

We saw how they burned forests in many places in Bodrum, Marmaris and Izmir, right? The PKK terrorist organization's side weapon "We burned" he said. They burned, we planted. With the help of Allah, with the support of our nation, we have frustrated these traps. We work hand in hand with our nation in the forestry campaign. They shaved our beard, but the shaved beard ends more lushly. We cut off their arms.

In our culture we see the earth as the main and the half, by knowing the saints of water. I do not know if there is any other nation in the world who sees the country as such loyal. Our ancestors inherited land, trees crowned love for love. We not only protect the nature that our Lord has entrusted, but also develop and beautify them and leave them to future generations.

In 17 years, a total of 4.5 billion plants were brought to the ground by increasing our forest resources to 22.6 million hectares. We reduced the soil loss to 154 million with erosion. We planted 14 million plants in the ground to grow trees such as walnuts, almonds, olives, stocks and chestnuts. The name of our green love is to do 1.5 times the Republican period of 17 years. It is possible to do afforestation up to 40 times the burning area. No one can measure our environmental sensitivity.

When I was elected mayor of Istanbul Metropolitan Municipality, we took over Istanbul with streets that did not pass through debris and cranes. There was an Istanbul that lost 39 people in the garbage, called garbage, pits and clay. We worked day and night to make Istanbul a clean city. We moved Istanbul to the position it deserved. We have survived your waste management. Later, the mayors served with the same love. It will only take a few weeks to explain the groundbreaking and opening ceremonies we have done in Istanbul. Someone now holds a "non-founding" ceremony for the advanced biological purification plant. These are already unknown with groundbreaking ceremonies. Therefore, according to their characters, they organized a ceremony so as not to lay the foundation. They did what was right for them. When the smell started there, the citizen poured into the streets. This is to condemn Istanbul for dirt, misery. 25 years ago, we had taken steps to solve Istanbul's problems by 2050. We planned for the needs by 2100. The project they call no need is one such project.

In Ankara, the problems were high. The mayor before Mr. Melih did not take these steps. These steps were taken with Mr. Melih. The current president was held at that time, from the airport to the city, to all crossings.

WHAT YOU WANT TO TAKE IT

When the AK party says the service comes to mind. We came to this country not to be a master, but to be a servant. The seeds sang since our childhood, seedlings, seedlings back to the tree in my country there is a song that tastes rhyme. This is the expression of the bridge we built from earlier to horse. Soil gives you what you sow. Whatever you plant, you get what you pay for. Therefore, we say that the state should live. We will compensate for our losses as a mother who calls the country she has acquired as a mother. I would like to thank you once again for your interest in this campaign.

He randomly opened fire and killed the person on the street