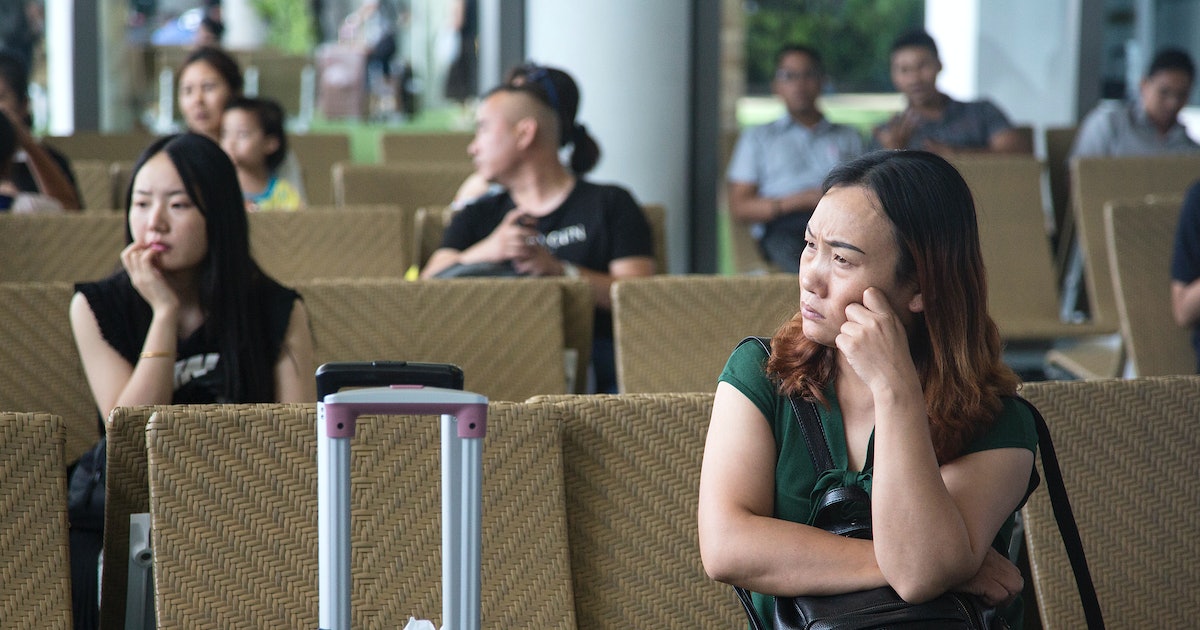 Have you ever changed the direction when you went to an airport? Have you ever used the phone, touched your face or engaged in conversation with others while waiting for the gate? Have you changed your haircut or won or lost weight since last time you flew? If you have a new report from the Boston Globe Transport Security Administration (TSA) may already show exactly what you've done thanks to a previously unrecognized program. A TSA surveillance program called Tyst Skies has reportedly federal aviation birds following American citizens who are not suspected of a crime or are known to be on a terrorist watchlist to gather information about their behavior, appearance and movements, the paper has reported

UPDATE: TSA spokesman James Gregory refused to report that the agency monitored people through its silent cloud program and told that "TSA does not monitor people" and that "the program is absolutely not intended to monitor ordinary Americans."

Rather compared Gregory the program of how a police would look at suspicious behavior while they concluded that the program did not take into account a traveler's race or religion. Gregory also revealed Boston Globe's allegations that the Quiet Skies program was new and a secret, saying the Bustle program has been around since 201

0 and has "robust congressional monitoring.

PREVIOUS: According to a recent report from Boston Globe Spotlight fellow Jana Winter appears an internal TSA bulletin recently received by the newspaper but dated from March, giving those involved in the Quiet Skies program's broad discretion over which US citizens they choose to collect information about. The bulletin states that the program is aimed at travelers who are not subject to investigation by any authority and [who] are not in Terrorist Screening Data Base . "And while there are 15 rules for screening, they include things that the person is" possibly connected "to someone who is known to be on a watchlist or the person has behavior or travel patterns that match the behavior of a suspected terrorist.

Documents displayed to the Boston Globe are reportedly noted that, on average, the avian birds follow about 35 of the 40-50 domestic flight passengers chosen for screening under the Quiet Skies program every day. And those who are selected to be monitored during the program must not be notified that they are under observation. But federal aircraft are not tasked to simply observe the flight travelers chosen under the Quiet Skies program, they also collect information about them as well.

The checklist for behavioral federal flight marshals obviously watch while surveillance a traveler is extensive. It contains questions about whether the subject changed directions or stopped when they walked through an airport they shaved or changed clothes in a bathroom they saw on a boarding street far from; did they meet someone in the airport; they boarded the planet last time they slept a lot or a little on the plane; they sweated, stared, fidgeted or touched their face; Do they check on a bag or have a carryon? did they use their phone; did they go to the bathroom did they participate in conversation with someone? Air marshals also notice how the traveler departs from the airport after reaching their destination: Were they taken in a private car, they took a taxi, bus or bus, or did they choose to rent their own vehicle?

Air marshals are also asked to report if the person's appearance is different or in any way altered from the photo and description contained in their file. Changes in weight, facial hair, hair color or style are said to have been noted, along with any visible tattoos or piercings.

However, some flight evenings involved in the program have said that it is aimed at air travelers who do not seem to be a threat at all. In comments to Boston Globe the Quiet Skies program criticized as expensive and a diversion of "more vital law enforcement".

"The Air Marshal Association believes that missions based on recognized intelligence, or in support of ongoing federal investigations, are the right criteria for airplanes," said John Casaretti, president of the Air Marshal Association, Boston Globe ] in a statement. "Currently, the Quiet Skies program does not meet the criteria we find acceptable. The US public would better earn if these [air marshals] instead were assigned airport screening and check-in areas so that active shooter events can be quickly terminated and violations of federal crime can be handled properly and consistently. "

In a written statement to the paper on how the agency works, a TSA spokesman said that the Federal Air Force" could distribute on flights to promote the TSA mission to ensure the safety and security of passengers, crew members and aircraft throughout the aviation sector. "