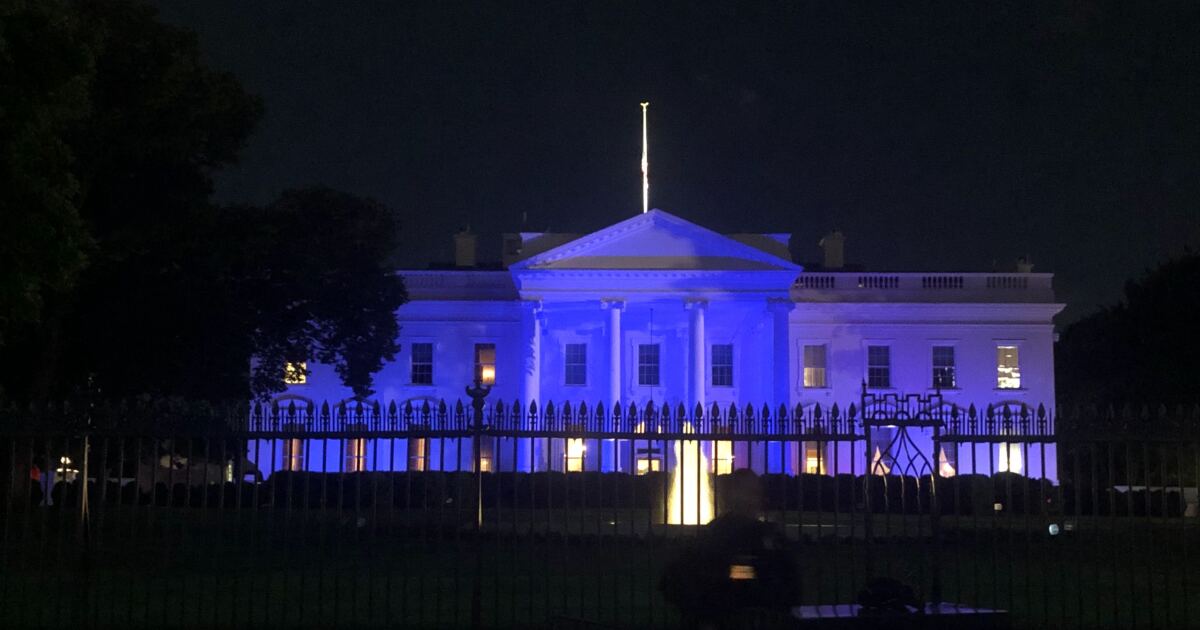 President Trump informed the White House in blue to honor police officers who were killed in the Customs line for the second time Wednesday.

The special lighting was for Peace Officers Memorial Day, an annual agreement first named in 1962 by President John F. Kennedy. The Memorial Day falls in the middle of the police week, which draws thousands of police from across the country to the capital. The long-term series of events includes the memorials and a light-war guard, a 5K contest, a conference for the fallen officers' families and a honor-watch competition, among others.

Trump previously ordered the blue lighting for police memorial day in 2017, a month after he marked World Autism Awareness Day with blue lighting of the White House.

President Barack Obama, who praised a rainbow of light over the White House to celebrate the Supreme Court which legalized gay marriage in 2015, revealed a request from the Federal Foundation for the Law Enforcement Officers Association Foundation to light the White House with blue lights the following year to remember victims of a Dallas shot that directed white police. Obama instead ordered flags to fly the half man.