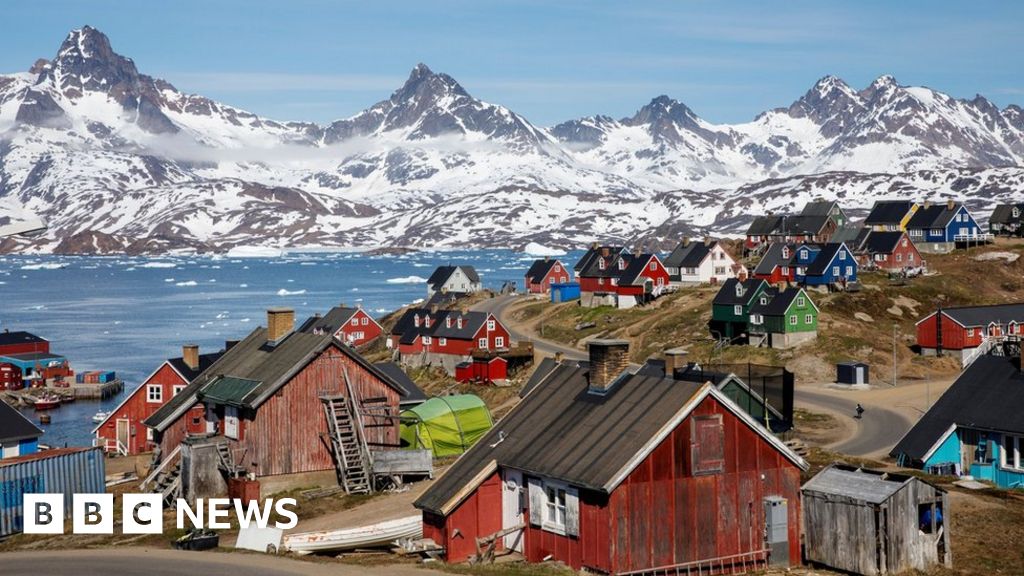 1; and eyebrows – have been raised over reports that US President Donald Trump has talked about buying the world's biggest island.

The president is said to have discussed the idea of ​​purchasing Greenland, an autonomous Danish territory, during dinners and meetings with advisers.

His reported plans have been quickly dismissed by politicians in Denmark. "It must be an April Fool's Day joke … but totally out of [season]!" tweeted former Prime Minister Lars Lokke Rasmussen.

But the Wall Street Journal (WSJ), which first reported the news, saying Mr Trump had spoken about the purchase with "varying degrees of seriousness."

Sources quoted in other media differed on whether the president was joking or seriously hoping to expand US territory.

The White House has not commented on the reports.

Greenland is the largest island in the world (after Australia, which is defined as a continent in its own right). It is an autonomous Danish territory, located between the North Atlantic and Arctic oceans.

It has a population of about 56,000 people concentrated around the coastline. Almost 90% are indigenous Greenlandic Inuit people. It has a limited self-government and its own parliament.

More than 80% of the island is covered by an ice cap. Global warming is feared to cause the ice cover to melt increasingly quickly but has also increased access to its mineral resources.

Greenland Premier Kim Kielsen has not commented publicly on the reports on Mr Trump.

Why would it be appealing to Trump?

Mr Trump has reportedly taken an interest in Greenland, in part, because of his natural resources, such as coal, zinc, copper and iron ore.

But while Greenland might be rich in minerals, it currently relies on Denmark for two thirds of its budget revenue. It has high rates of suicide, alcoholism and unemployment.

Two people briefed on the discussions told the New York Times the president was also interested in Greenland's "national security value" due to its location.

The US has long seen the island as being strategically important and established a radar base there at the start of the Cold War.

"The United States has a compelling strategic interest in Greenland, and this should absolutely be on the table, "he tweeted.

Is Greenland on the market?

As Greenland's foreign minister pointed out: the island is "not for sale".

Politicians in Denmark have ridiculed the idea of ​​a possible US acquisition.

"If he is truly contemplating this, then this is final proof that he has gone mad," foreign affairs spokesman for the populist Danish People's Party, Soren Espersen, told national broadcaster DR.

"The thought of Denmark Selling 50,000 citizens to the United States is completely ridiculous. "

" Out of all things that are not going to happen, this is the most unlikely. Forget it "Danish Conservative MP Rasmus Jarlov wrote on Twitter.

The WSJ reported that it was "unclear" how the US would go about acquiring Greenland if Mr Trump was serious.

Denmark's Prime Minister Mette Frederiksen, who took office earlier this year, has not commented on the reports.

She is set to visit Greenland this month and has said she is "very much looking forward" to it.

Mr Trump is scheduled to visit Denmark in September but there is no indication that the possible acquisition of Greenland is on the agenda.

Historically, countries have acquired territory not only through military conquest but also financial deals.

The US later purchased the Danish West Indies in 1917 and renamed the US Virgin Islands.

However, law professor Joseph Blocher wrote in 2012 that the "market for sovereign territory seems to have dried up".

"To be sure, there is still an active market for proprietary interests in public land … But borders – sovereign territory, rather than property – do not seem to be for sale."

"Sovereign territory was bought and sold throughout much of American history … But no such market currently exists, "he wrote in his paper Selling State Borders.

Has the US ever tried to buy Greenland before?

Mr Trump is not the only US president to have had a reported interest in buying Greenland.

He had previously toyed with the idea of ​​swapping land in Alaska for strategic parts of Greenland, according to AP.