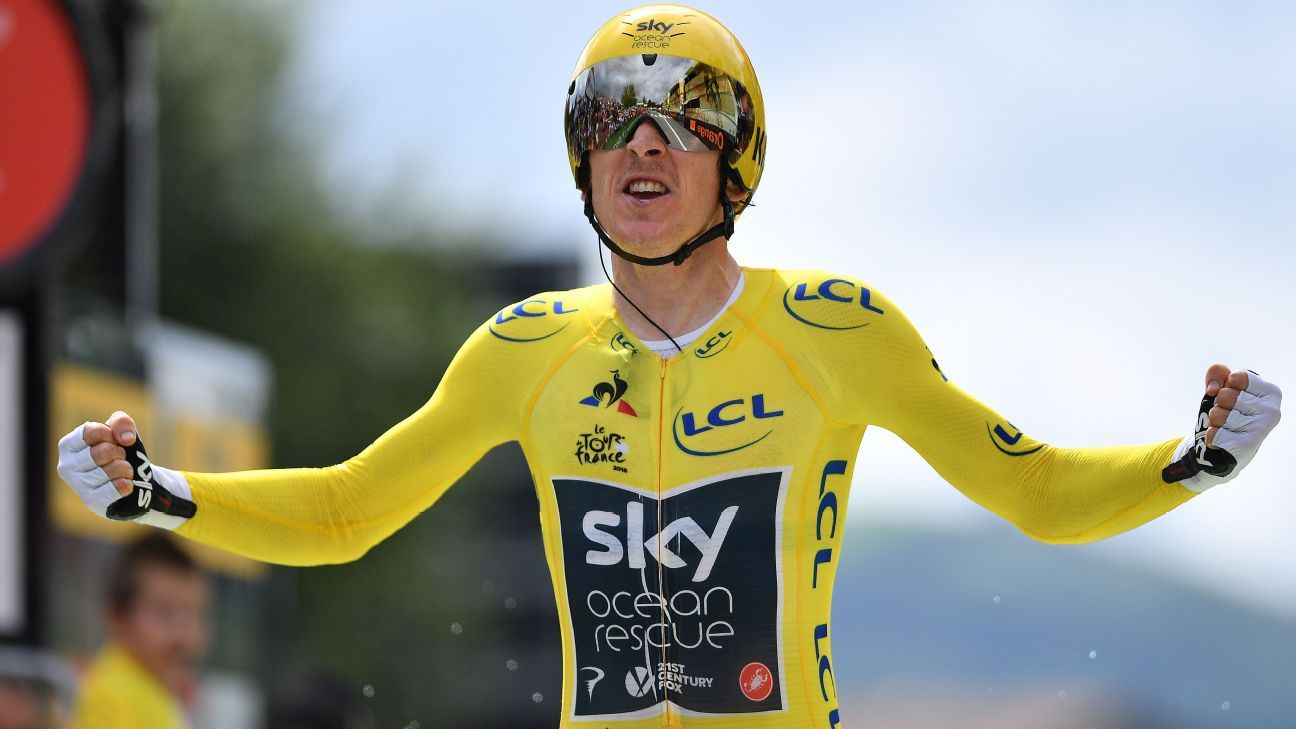 Geraint Thomas has actually won the Tour de France after finishing within two minutes of his closest contestant Tom Dumoulin in the individual time period.

Thomas will take a lead in one minute and 51 seconds to Sunday's final stage to Paris, which is traditionally a procession. The British rider is now riding at his own pace and is almost guaranteed to celebrate during the Champs Elysees coming Sunday evening.

Chris Froome won over one minute at Primoz Roglic to move on to third overall classification, while Dumoulin recorded the fastest time to secure others, as well as the winning win.

Saturday's turnaround was a 31 kilometer stretch from Saint-Pée- sur-Nivelle to the town of Espelette in south-west France.

Following Thomas's persuasive screen at the last mountain stage on Friday, the Team Sky rider knew he had to finish within two minutes after four seconds of Dumoulin to secure the overall win.

Dumoulin is a world champion and could not afford to be ruled out by Thomas. Welshman started strong and was fastest at both first and second checkpoints, driving 15 seconds faster than the Dutch with 10km to go.

But rather than pushing for another stage win, Thomas lowered sensibly and negotiated the last corner with care. He finally ended with a time of 41 minutes and seven seconds, which was 14 seconds slower than Dumoulin but more than enough to secure the total win.

2017 champion Froome missed the stage win by one second but crucial ended one minute and 11 seconds before Roglic secured third and book a place on Sunday's podium.