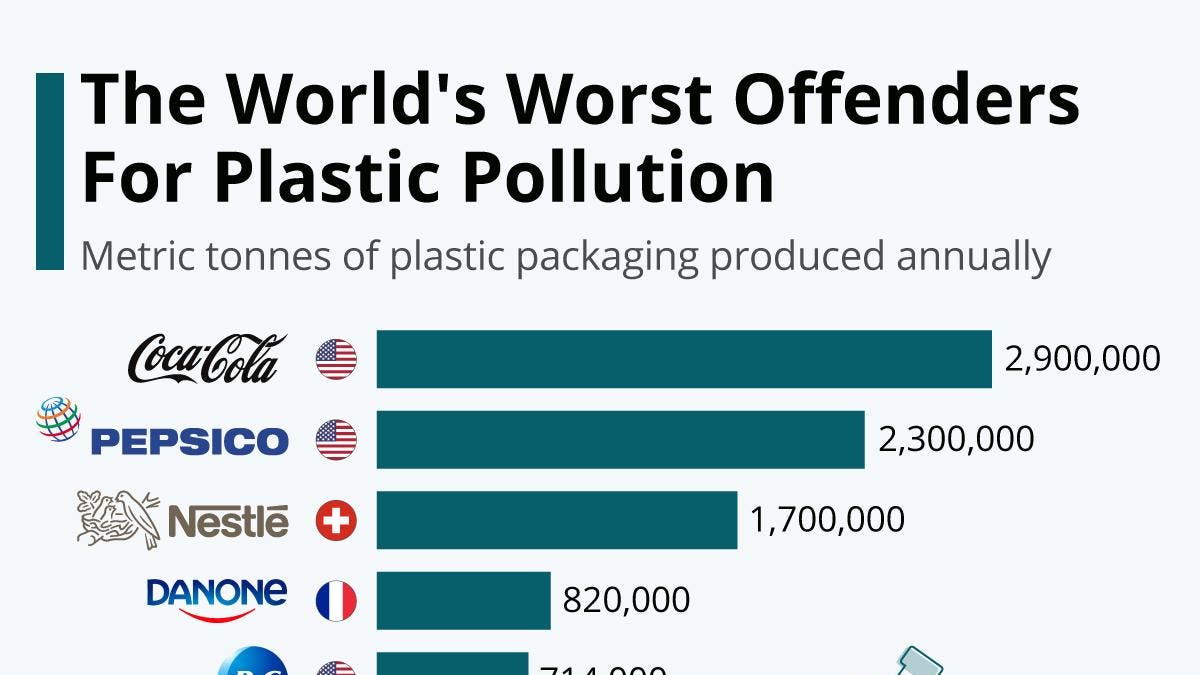 A new report published by the Changing Markets Foundation has highlighted the world’s worst companies for plastic pollution, along with the measures they take to prevent and undermine legislative solutions aimed at tackling an unprecedented plastic waste crisis. Entitled “Talking Trash: The Corporate Playbook of False Solutions”, the report’s findings are based on industry research in over 15 countries on five continents. It is highly critical of voluntary commitments from the planet’s largest plastic producers used as a delaying and derailing tactic that distracts governments and consumers with empty promises and false solutions.

It describes, for example, how industry in the United States has successfully shifted the blame for plastic pollution to consumers and government while promoting recycling as a convenient excuse to produce even more plastic. In Europe, it analyzed how industry has tried to weaken and delay the EU̵

7;s plastics strategy and the EU’s SUP directive. In Asia, the report examined China’s key policy features, which are undermined by low corporate spending while describing how people in Japan remain blissfully unaware of how their plastic waste is incinerated or exported. South America was paralyzed by a bold lobbying industry while Kenya in Africa is suffocated by plastic waste driven by companies that want to grow their business on the continent.