Breaking News
Home / World / The world is facing a “generational catastrophe” in education, warns the UN

The world is facing a “generational catastrophe” in education, warns the UN 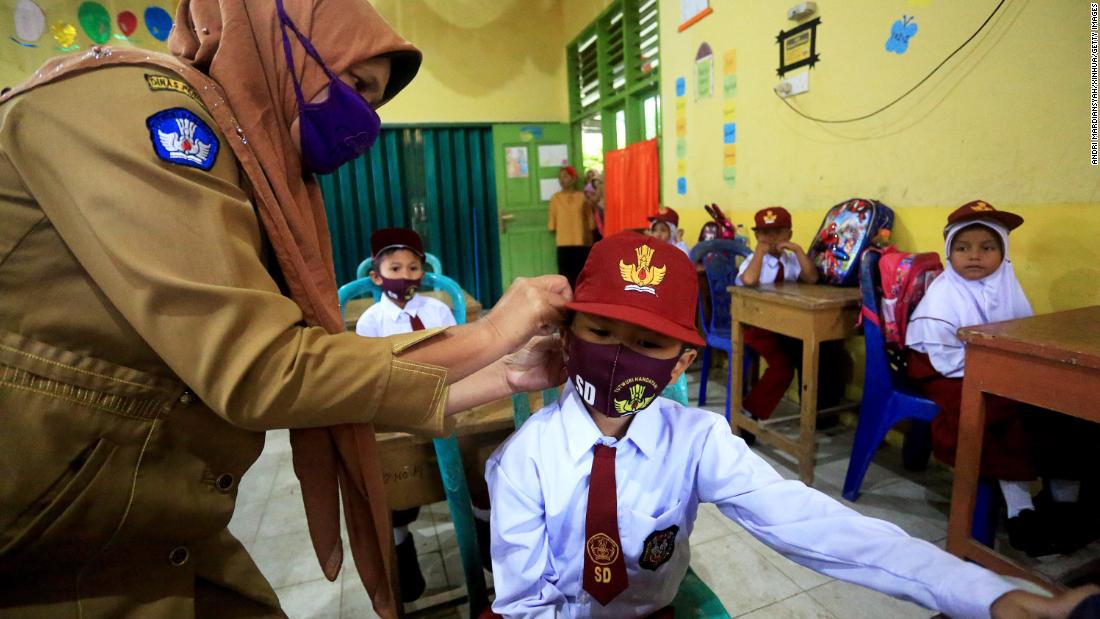 “Getting students back to schools and learning institutions as safely as possible must be a top priority,” when the local transfer of Covid-19 is under control, he added.

Guterres said that in mid-July, schools in more than 160 countries were closed, affecting more than 1 billion students, while at least 40 million children worldwide have missed out on education during their critical preschool years.

“We have already faced a learning crisis before the pandemic,” the secretary general said. “We are now facing a generational catastrophe that could waste vague human potential, undermine decades of progress and exacerbate entrenched inequalities.”

The effects on child nutrition, child marriage and gender equality, among others, are “deeply worrying”, he warned

“The Covid-19 pandemic has led to the biggest disruption to education ever,” Guterres said in a video message as he launched the “Save Our Future” campaign with education partners and UN agencies.

The campaign calls for measures to reopen schools, prioritize training in funding decisions, target those who are most difficult to reach and focus on creative and innovative ways of teaching.

“Despite the fact that lessons are delivered via television, radio and online and the best efforts of teachers and parents, many students remain out of reach,” he said.

Teachers with disabilities, people in minorities or disadvantaged communities, displaced and refugee students and people in remote areas are at risk, Guterres warned.

“And even for those who have access to distance learning, success depends on their living conditions,” Guterres said. “Parents, especially women, have been forced to take heavy burdens on the home.”

More than 250 million school-age children were out of school before the coronavirus outbreak, he said, with only a quarter of middle school children in developing countries leaving school with basic skills.

Countries around the world are now struggling with how to safely open schools in the midst of the coronavirus pandemic – and whether they should reopen at all.

Researchers in the UK found that schools could reopen safely as long as there was sufficient contact tracing in place.

And a team in Australia found that although schools remained open in New South Wales between late January and early April, children and teachers did not contribute significantly to the spread of Covid-19 – as good contact tracking and control strategies were in place.

The British study uses a model to estimate how much testing and contact tracking would be needed to prevent a second wave of Covid-19 after the school opened in September. This suggests that depending on the scenario, between 59% and 87% of the symptomatic individuals in the community would need to be tested at some point during their infection, their contacts would need to be tracked and those with the disease would need to be isolated to prevent an epidemic recovery.

But “without adequate coverage of a test-track isolation strategy, Britain risks a serious second epidemic” in December or February, researchers warned.

“We are in a crucial moment for the children and young people of the world,” Guterres said on Tuesday. “The decisions that governments and partners are making now will have a lasting impact on hundreds of millions of young people and on the development opportunities for the countries for decades to come.”

“We have a generational opportunity to transform education,” the UN secretary-general added. “We can take a leap towards forward-looking systems that deliver quality education for all.”

Do not sign farm bills, 18 opposition parties call on the president after the drama of parliament

Navalny says nerve agents were found “in and on” his body