The violence of Israeli Gaza is seen as possession 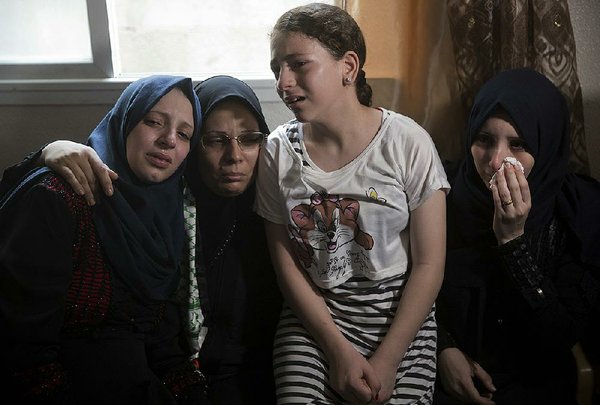 JERUSALEM – The Israeli military lifted its restrictions on Gaza's border on Sunday, indicating that it had accepted an Egyptian ceasefire ending a 24-hour war with Hamas militants.

The military had closed a popular beach and placed constraints on large gatherings that residents were kept closest to home on Saturday among dozens of rockets fired from Gaza. But after several hours of calm, the military said that residents could resume their daily routines.

On Saturday, the military performed its largest wave of air disturbances in Gaza since the 2014 war, which struck several Hamas military associations and wiped out a number of its training camps. Two Palestinian teenagers were killed in a war in Gaza City, while four Israelis were injured when a rocket landed in a home.

The military said that several mortar shells were fired even after Hamas announced the ceasefire that sirens warned of incoming projectiles in Israel overnight. The military hit the mortar launcher early Sunday but the calm was with no side eager to resume hostilities.

Prime Minister Benjamin Netanyahu said that Israel would not accept a firearm unless it contained an end to all militant hostilities, including fires of dragons and balloons from Gaza that have destroyed near Israeli farmland and nature reserve.

4. I hope they got the message. If not, will they get it later?" He said at the weekly cabinet meeting.

After several balloons drove in Israel on Sunday, the military said it was targeting the Hamas squad who had launched them from the northern Gaza Strip.

Hamas police also announced an explosion Sunday at a house in Gaza City that killed a father and son between the ages of 35 and 13. The explosion seemed to be an unintentional explosion associated with militant explosives stocks. Hamas said it should be investigated.

Israel said it was released Saturday's barrage in response to violence on Gaza's border – including a grenade attack on Friday that injured an officer – as well as sustained Hamas rocket attacks and a campaign of fire protection devices floating across the border.

Hamas responded with more than 200 projectiles against Israeli societies and developed memories of the three wars that the pages have made over the past decade. Israel said its Iron Dome defense system shot down more than 20 projectiles.

On Sunday evening, the military announced that it had strengthened the Iron Dome batteries in central Israel and in the southern part of the country after a "location assessment". It allowed a small number of reserve soldiers to be called.

Israel also destroyed several Hamas attack tunnels, as well as factories involved in the production of burns and balloons and a Hamas battalion in northern Gaza. 19659002] "We have no intention of tolerating rockets, dragons, drones or anything," said Israeli Defense Minister Avigdor Lieberman. "I hope Hamas will draw conclusions and if not, they have to pay a big prize."

Two teenagers were killed and several others were injured when Israel struck an unfinished five-story building near a Hamas security association and a public park in Gaza City, reducing the structure of the walls. The military said that Hamas used it as a training facility and had digged a tunnel below as part of its underground network.

The rare strike in the heart of Gaza City blew windows in a nearby mosque, an art gallery, government agencies, a technology launcher and dozens of houses, leaving light fittings and wiring dangling. Al-Azhar University said its classroom and the Dentistry College were also injured.

Talks to thousands who followed the funeral of the two teenagers, promised Hamas leader Ismail Haniyeh to continue Gaza protests and revenge for the teenage years. He also met the United Nations Mideast Envoy, Nickolay Mladenov, who called on both sides to maintain calm.

"Yesterday we were on the warlock and it has taken the common efforts for all to ensure that we return from confrontation," Mladenov said in Gaza. "Everyone must take a step back."

Hamas has attempted to break out of isolation and look at the difficulties of the poor strip without invoking Israel's complete anger. The Israeli-Egyptian blockade was introduced after Hamas took control of Gaza in 2007. More than 130 Palestinians were killed by Israeli fire since protests began on March 30.

The information for this article has been contributed by Far's Akram of The Associated Press.