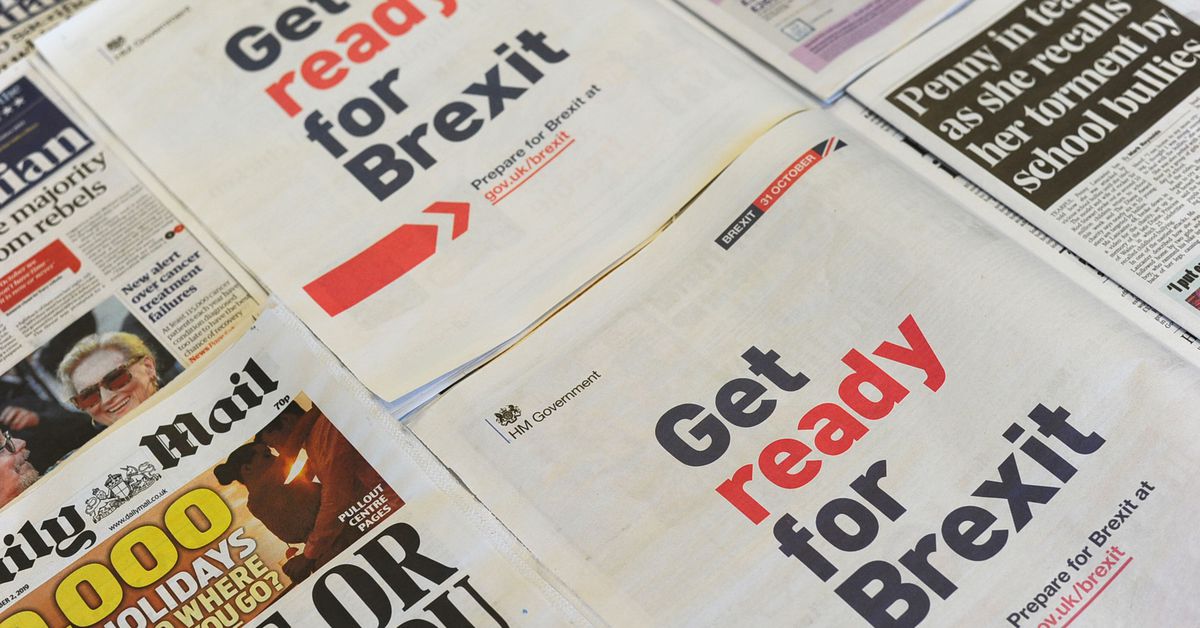 Waits of up to 2.5 days at border crossings, delays in the arrival of medicines, decrease in the supply of fresh food, disruptions to financial services, potential fuel shortages – these are just some of the “reasonable worst-case” scenarios if the United Kingdom leaves the European Union without a Brexit deal on October 31.

And that's not according to Brexit opponents. According to the UK government's own planning documents.

The government's conclusions are laid out in a report dubbed "Operation Yellowhammer," which was officially made public on Wednesday.

Details of Operation Yellowhammer leaked earlier this summer. But on Monday, members of Parliament voted to force the government to release it, demanding the government be transparent about what the UK should expect ̵

1; especially since Prime Minister Boris Johnson has said he wants to leave the EU by the end of October, no matter

The document makes it clear just how bad a no-deal scenario would be for the UK, and not just in the short term. The report warns that some of the fallout could linger for weeks or even months as companies and citizens adjust to the new reality.

And if a no-deal Brexit happens on October 31, the report says some of the impacts could be even worse because of the season: autumn and winter could see severe weather or seasonal flu that make everything worse and “stretch resources of partners and responders. ”

The Operation Yellowhammer document, whose findings are current as of August 2, 2019, also suggests the public and businesses are still not prepared for what may come with a no-deal Brexit. This is partly because Brexit remains so unsettled and the future of the EU-UK breakup is so uncertain that no one really knows what the heck they should be preparing for, anyway.

You can read the full text of the Operation Yellowhammer report here. Just one item, No. 15, is redacted, but reporters who saw the original document in August say it has to do with fuel shortages and job losses in that industry.