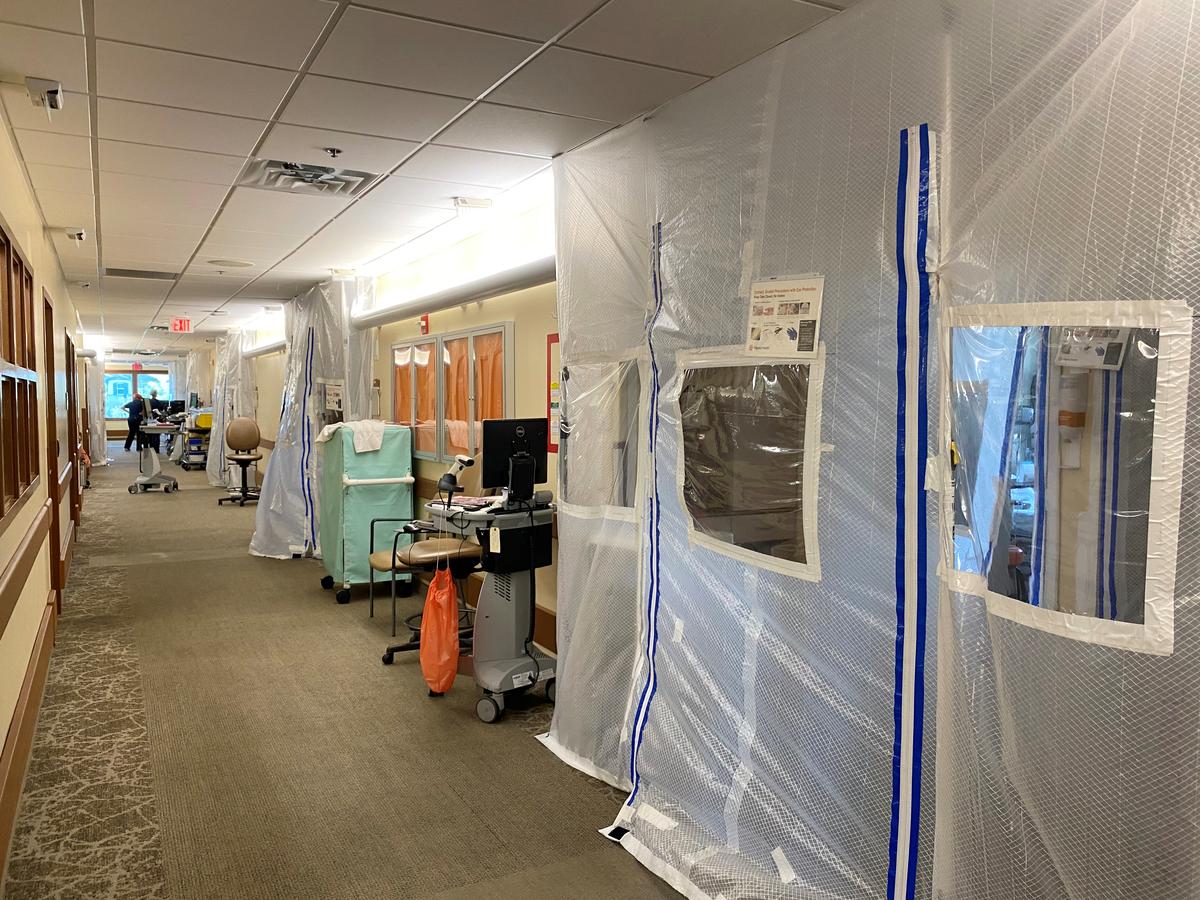 (Reuters) – A Texas man who waited until his brain tumor was softball-sized; a child who had an ear infection for six days; a cardiac patient who died: The revival of COVID-19 creates another health crisis when hospitals are filled and patients are scared or unable to receive emergency care.

With US coronavirus infections reaching new heights, doctors and hospitals say they are also seeing sharp declines in patients seeking routine medical care and screening – and an increase in those who have delayed care as long as they are far sicker than they otherwise would be.

“I had a lady who had been delayed for five days with abdominal pain submissions getting worse and worse,” Dr. Diana Fite, who practices emergency medicine in Houston. “When she finally came in, she had a broken appendix.”

After the pandemic was declared a national emergency in March, many states banned non-essential medical procedures, and the number of patients seeking care for other diseases took a nosebleed. Hospitals and medical tests were hit hard financially.

Use of the emergency department decreased by 42% during the first 10 weeks of the pandemic despite an increase in patients with coronavirus symptoms, data from the US Centers for Disease Control and Prevention shows. During the same period, patients seeking heart attack care decreased by 23% and stroke care by 20%.

As the first outbreak was smoothed out in the weeks that followed, healthcare experts planned to treat primary care differently if infections would increase again, ensuring that minor procedures such as cancer screening were still allowed, ensuring patients were safe in hospitals and clinics.

But recent increases in cases have hospitals in many states, including Texas, Arizona, Florida and parts of California.

Texas has once again banned many non-emergency procedures, although cancer surgery is still permitted, and a hospital in California’s San Joaquin Valley for several days only accepted COVID-19 patients.

Patients without COVID-19 – either for fear, confusion or because of difficulties in getting the care they need – stay home again.

The result is a healthcare crisis under development, said Austin oncologist Dr. Debra Patt, who said she expects the cancer mortality rate to skyrocket in the years following the pandemic because patients have delayed their care.

“They are afraid to go to the hospital unless they absolutely have to,” Patt said. “And even when patients are willing, it’s hard to get things done.”

Patt in recent days treated a man waiting to come in for headaches and dizziness until he had lost 35 pounds and had a softball-sized tumor in his head.

Fite, who is the president of the Texas Medical Association, took care of a child whose parents waited six days before he got him with a severe ear infection.

Patt said screening mammograms is down by 90% in Austin, where she specializes in breast cancer and serves as executive vice president for Texas Oncology. This means that some tumors will be missing, and women who develop aggressive cancers may not know if it is until the disease is more advanced and more likely to be fatal.

“It’s an impact we will see on cancer survival in the coming years,” she said.

Dr. David Fleeger, a colorectal surgeon in Austin and former president of the Texas Medical Association, said he has had many patients abort colonoscopies in recent days.

“The delays in colonoscopies that are happening right now will ultimately lead to more cancer and more deaths,” he said.

“IN A HOLDER PATTERN”

Patt’s patient Helen Knost had to discontinue breast cancer surgery in early spring because it was considered non-emergency in Texas and blocked at that time, and she was treated with the drug Tamoxifen instead.

“It’s very strange to know that you have cancer and that you just stick with it, only in a holding pattern,” said Knost, who finally underwent a successful operation.

In California, doctors at the 150-bed Adventist Lodi Memorial Hospital in the San Joaquin Valley bread basket decided that a second wave of coronavirus cases would not give a repeat of the pandemic’s early days, when visits to the emergency room fell by half. Emergency medical technicians also reported a 45% increase in the number of cardiac patients who died before being admitted to the hospital.

Hospital manager Daniel Wolcott led a campaign to inform the community that the medical center was open and safe, even talking to people about it in the grocery store.

But with new COVID-19 cases swinging the hospital, sickening nearly 30 employees and forcing them to divert non-coronavirus cases to other facilities for several days, Wolcott fears that patients with heart disease and other illnesses will stay away.

“We will not know for many years how many people lost their lives or lost good years of their lives for fear of coronavirus,” he said.

One in three Americans say they do not receive coronavirus vaccine: survey