The long story behind the 5G coronavirus conspiracy theory. 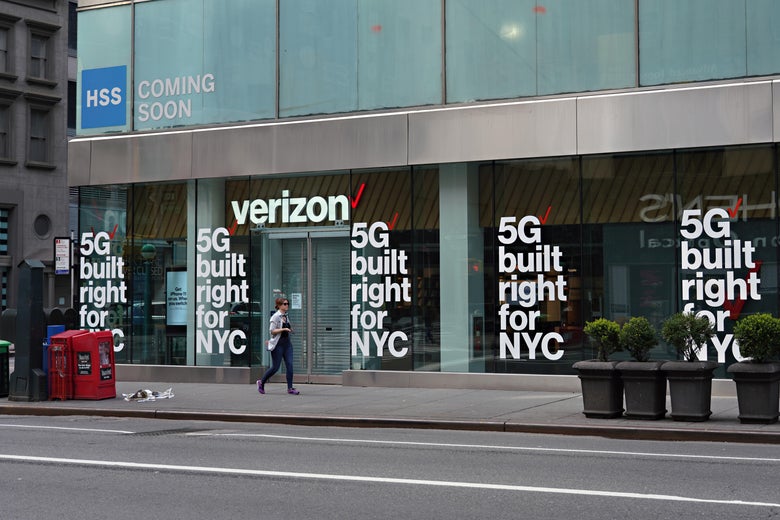 “Before every pandemic in the last 150 years, there was a quantum leap in the earth’s electrification.”

It’s the dissertation on a YouTube video with the innocent title “Dr. Thomas Cowan, MD, Discusses Coronavirus.” The 10-minute video shows a man lecturing in front of a whiteboard. It looks like any other low-budget conference video, but that thesis – that pandemics are connected to the earth’s “electrification” – got some people’s attention. The video, published March 18, has now viewed more than 660,000 times and inspired a rather curious, rather dangerous conspiracy theory: new 5G mobile networks cause the spread of COVID-19.

5G mobile networks promise faster transfer rates and lower latency. They have been the centerpiece of advertising from various mobile operators, and they have become a battleground for technological dominance between the US and China. In 2019, the Trump administration announced its plan to “win the race” for 5G, and technical sources lamented that the US had fallen behind China in 5G development. Some of the first 5G networks were activated in 2019, and that news is how 5G was somehow connected to COVID-19 in some people’s minds. But while the circumstances of this particular conspiracy are unique, the links between mobile networks and disease are a good example of how history repeats itself. Almost every new wireless infrastructure is linked to diseases in one form or another.

Before we go through the history of communications infrastructures and health benefits, it is first worth tracing how we moved from some random social media posts where we are now, when the UK has threatened to fine broadcasters blaming 5G networks for COVID-19 and some individuals has threatened broadband engineers working with 5G. As many sources, from USA Today to Reuters, have pointed out, there are no actual links between COVID-19 and 5G networks. Conspiracy does not even have a core of truth. But its roots illustrate how conspiracies spread more generally: People took two phenomena that occurred at roughly the same times and formed causal links between the two. Large-scale adoption of 5G networks began in late 2019; the first identified cases of COVID-19 happened in late 2019. From there, some groups were on their way to the races, with a common rumor that Wuhan, China, was both the first place to have an identified coronavirus case and the first city to turn on Large scale 5G network. (The latter is probably not true.) Conspiracy then spread, with more and more claims with simple correlation to claim that 5G caused COVID-19. For example, a conspiracy that went semi-viral compared a map of COVID-19 hotspots in the US with sites that tested 5G networks. The map showed a clear overlap, but it really only showed large metropolitan areas. Anyway, the presence of 5G in places diagnosed with COVID-19 was sufficient to braid the flames.

Almost every new wireless infrastructure is linked to diseases in one form or another Other.

From there, conspiracy spreads. A Facebook post was shared a few thousand times. The YouTube video I mentioned earlier comes close to 700,000 views. Voice memos and posts about conspiracy were shared on platforms like WhatsApp and NextDoor. The conspiracy even did Woody Harrelson’s Instagram. At the beginning of April, the conspiracy seemed to be everywhere. People in the UK have even started burning down 5G towers due to COVID-19 fear.

While the 5G / COVID-19 conspiracy seems to have almost come out of nowhere, it makes sense when placed in the history of wireless infrastructure. In the Cowan video in the middle of the conspiracy, he links pandemics to one development after another in wireless networks. His lecture begins by talking about the 1918 Spanish flu, which he claims was caused by long-distance radio. (Here’s a good thread that removes that theory.) He then uses his “electrification” thesis to go through 20th and 21st centuries (while some dates were wrong) for the activation of 5G networks and the spread of COVID-19 2019. The story he tells about new wireless infrastructures leading to new pandemics was picked up across social media and became an important part of the spread of conspiracy. Take tweet below as just one of many examples:

The human brain searches for patterns. Sometimes it helps us to detect viable problems and react accordingly. But sometimes our desire to connect the phenomenon gets us into trouble. This leads to a conspiracy that sees causation where there is only the weakest correlation. 5G / COVID-19 conspiracies are a prime example, and the conspiracies are more than a sweet curiosity; they have real consequences. First, part of the conspiracy is that radiation causes the virus to spread, not human-to-human contact. People who take the conspiracy seriously may not take social distance measures because they don’t think people are contagious. Second, these conspiracies present a simple solution – stop the spread of 5G to stop COVID-19 – into an existential threat that has no simple solution. Finally, the conspiracies mistrust a technology that, like it or not, will be an important place for national investment in the years to come. Journalists have already shown how Russian intelligence agencies have spread the rumors of 5G on social media to make people distrust the technology. It would not be shocking if Russia also played a role in increasing the 5G / COVID-19 conspiracy.

Finally, it is worth asking why these links come up again and again. Is there anything about wireless communications infrastructure that lets you worry about everything from mind control to cancer to pandemics? Maybe there is. Perhaps the fact that radio waves are all around us, invisible and intangible yet so consequential, arouses fear in the invisible. We may never know for sure. But we know that the 5G / COVID-19 conspiracies are just the latest in a long line of wireless infrastructure concerns, and this won’t be the last time we see people trying to connect a new wireless infrastructure to some kind of deadly disease.

Coronavirus in Georgia: steady but slow cases continue a month after reopening

“I’m terrified” – when the US starts to open again, a small business owner is preparing for a “devouring” summer