The Las Vegas teenager shares his COVID-19 story on Twitter 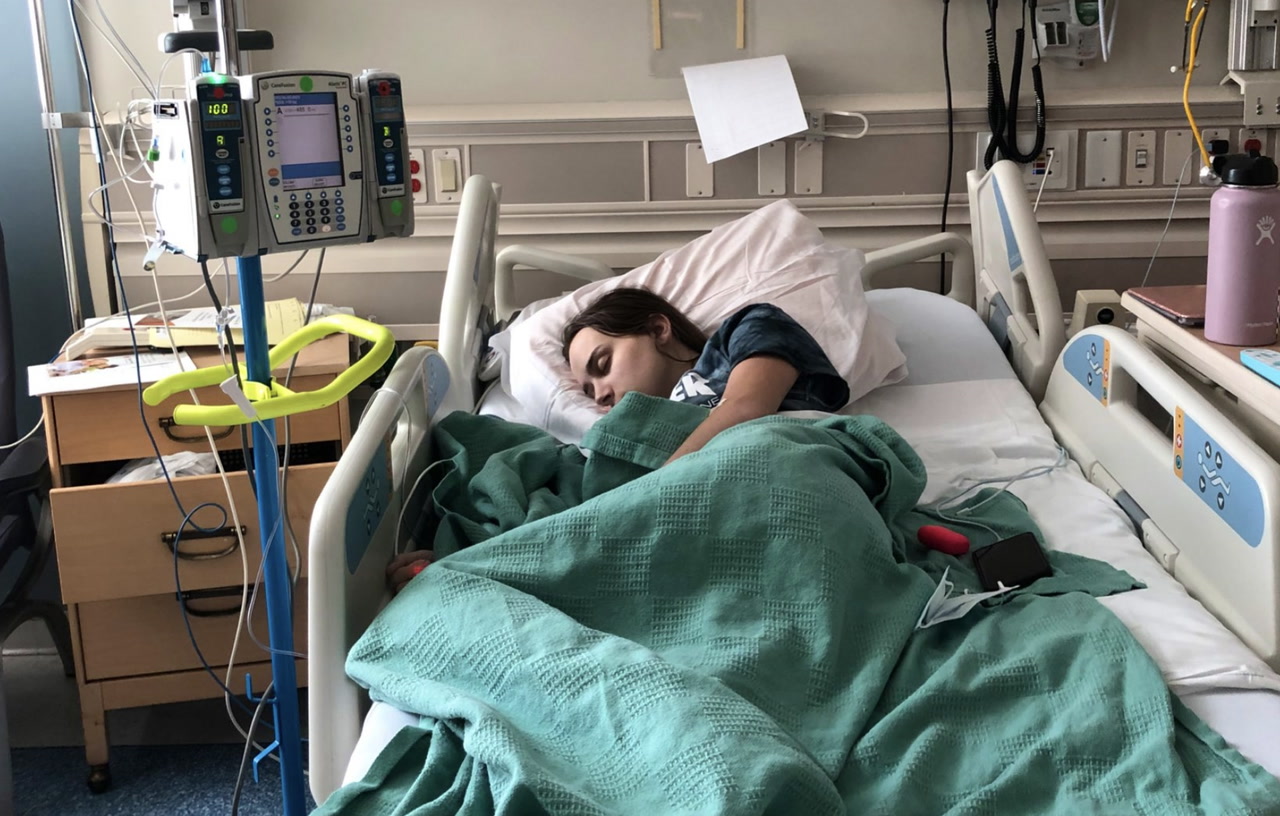 Kaydee Asher thought she was doing everything right. She wore face masks and limited her time in public spaces.

The Green Valley High School student was a healthy 16-year-old who had not been ill for two years when she got the corona virus last month. She began to have trouble breathing, feeling tired and lost her sense of smell before being treated at St. Rose Dominican Hospital, Siena campus intensive care unit in Henderson.

Frustrated over her difficulty, she took to Twitter with videos and photos in hopes of spreading awareness to her classmates and local teens.

-2 hours. My chest feelings showed mild inflammation but overall every test came back okay and there were no signs of blood clots in the lungs. I received respiratory treatments to help the pain. pic.twitter.com/0LuAb0mPYo

“I didn’t think I would get that much support,” she said. “I think my friends see things in a new light. I had many friends text me and told them it made them think differently. “

Her mother Sandra Asher said she is proud of her daughter’s efforts to raise awareness as she recovers from the virus.

“I’m really happy that she can channel her frustrations into writing and educating others. It is a proud moment for a parent. People see it, she said.

Kaydee spent three days and two nights at the ICU, according to her mother. She was released on Monday.

Thinking back to the origin that led to her diagnosis, Kaydee said she remembers having a runny nose. The next night, her symptoms escalated, and her mother took her to be tested. While she waited for test results, Kaydee’s disease became worse.

“Tuesday (6/23) when I had breakfast I realized that the milk was about to run out. I put it in a cup, smelled to see if the milk smelled bad and couldn’t smell anything, ”she wrote in a tweet. “I didn’t think much until I took the whiff of tabasco and smelled absolutely nothing but felt the nose burn.”

On June 24, she went to the hospital emergency room where she received a new test. Within two hours it came back positive. The chest X-ray showed that she had mild inflammation. She was given medication and released to manage the symptoms at home.

By June 27, Kaydee was back in the hospital.

“I woke up from my sleep with a huge headache that felt like my head was a hot air balloon that was coming and couldn’t breathe ALL,” she wrote in another tweet. “I felt that weights were sitting on my lungs / breasts and exhaling air was difficult, like catching air.”

Kaydee is now recovering in her Las Vegas home.

During a phone interview on Thursday, she said she felt more sick and tired than the day before. Her doctor told her that she will not be normal in four to six weeks. Currently, Kaydee can only sleep in 3½ hour increments.

Sandra Asher remembered comforting her daughter while she was in the hospital.

“It’s extremely heartbreaking to see your child in so much pain and injury and not being able to do one thing to make it better,” she said.

She also remembers an important moment when she felt the need to hug her sick daughter in the hospital.

“She asked me not to hug her,” Sandra Asher said, noting at the time that she thought she had already contracted the virus because her daughter had it. “I just gave her the biggest hug. She knows my love and I know her. I don’t think I will forget that moment. “

Kaydee also apologized to her mother for being ill.

“She said,” I’m sorry, Mom. This will cost you a lot, ‘”Sandra Asher recalled, noting that her daughter’s health is her top priority. “My paycheck means nothing compared to my daughter’s health.”

Kaydee and her mother are looking forward to it being difficult for her to overcome her anxiety about leaving the house.

“If I don’t think it’s safe enough, I won’t go out,” Kaydee said, adding that she still hopes to return to school in the fall. “I know I will take tremendous precautions on my part. I guess we have to see how it works out. “