Breaking News
Home / US / The intelligence official turns his whistle after worrying about Trump's interaction with foreign leaders.

The intelligence official turns his whistle after worrying about Trump's interaction with foreign leaders. 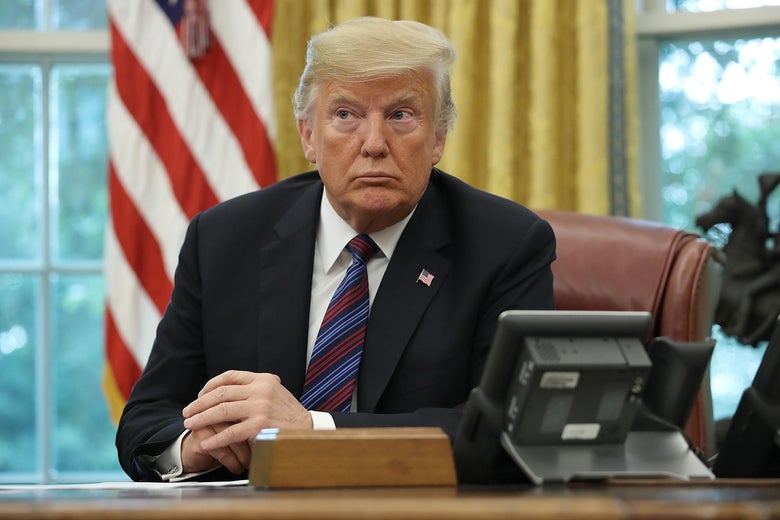 An American intelligence official concerned about President Trump's communications with a foreign leader filed an official whistleblower complaint last month with the Inspector General for the intelligence community, reports the Washington Post. Trump's interactions with the leader, whose identity has not been revealed, included what the Post described as "a promise" that the official "considered so disturbing" that the official came forward. It is not clear what form the interaction took place, even though an intelligence official told the Post that it was a phone call.

Director-General of Intelligence Inspector Michael Atkinson found that the complaint, filed on August 12, was credible and raised the issue of "urgent concern", a legal classification intended to report to congressional committees. However, the acting head of the national intelligence service Joseph Maguire has so far refused to share whistleblower concerns with Congress and started yet another power struggle between congressional leaders and the Trump administration as well as speculation about which leader Trump may have acted unduly.

According to the record, White House gathered during the five weeks leading up to the August complaint showTrump interacted with at least five foreign leaders. Trump met with leaders in Pakistan, the Netherlands and Qatar at the White House during that time, received correspondence from North Korea's leader Kim Jong-un, and more specifically began a telephone conversation with Russian President Vladimir Putin on July 31, less than two weeks before the complaint was filed. "The dispute is expected to increase on Thursday when Atkinson is scheduled to appear before the House Intelligence Committee in a classified session that is closed to the public," Posten notes. "The hearing is the latest move by committee chairman Adam B. Schiff (D-Calif.) To force U.S. intelligence officials to disclose every detail of the whistleblower complaint to Congress."