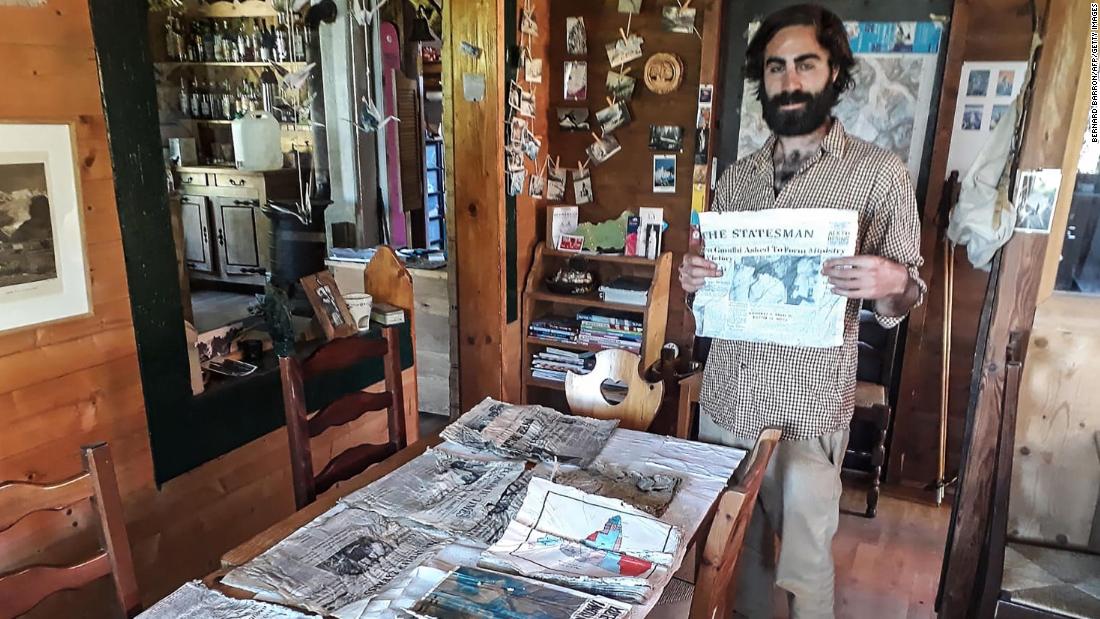 Cafe owner Timothée Mottin found about a dozen magazines from January 20 and 21, 1966, near Bosson’s Glacier, southeastern France, he told CNN.

Bosson’s Glacier is the largest ice fall in Europe, according to the French government, and descends from the summit of Mont Blanc, the highest mountain in Western Europe.

Mottin has owned the Cabane du Cerro café-restaurant, about an hour outside the ski town of Chamonix, for the past five years.

The business is located next to the glacier at over 4,400 feet, and Mottin often finds objects in the ice.

“As the glacier progresses, it brings with it objects from the top of Mont Blanc,”

But, Mottin added, it is quite rare to find magazines, especially so many at one time.

“For the time being, the magazines will be displayed in the restaurant / cabin which is right next to the glacier, and then we’ll see, maybe I’ll give it to a museum,” he said.

One of the papers is the January 20 edition of the National Herald of India, which announces the election of Indira Gandhi as the country’s first female prime minister.

The newspapers may have been aboard an Air India Boeing 707 named “Kanchenjunga” which crashed on Mont Blanc on January 24, 1966, killing 117.

Another Indian plane, Malabar Princess, crashed in the area in 1950, killing all 48 people on board.

Waste from the wrecks is routinely emerging from the bottom of the glacier, including metal, wire and even a piece of landing gear discovered in 1986, according to a tourist site in Mont Blanc.

However, one of the most eye-catching discoveries was made in 2013, when a climber found a box of emeralds, rubies and sapphires labeled “Made in India” on the mountain.

It is unclear which plane had the gems.

Mass protests have followed the Beirut explosion. What comes next? : NPR