The Formula One broadcast quickly cuts away from the incoherent driver’s knee-bending moment, causing criticism 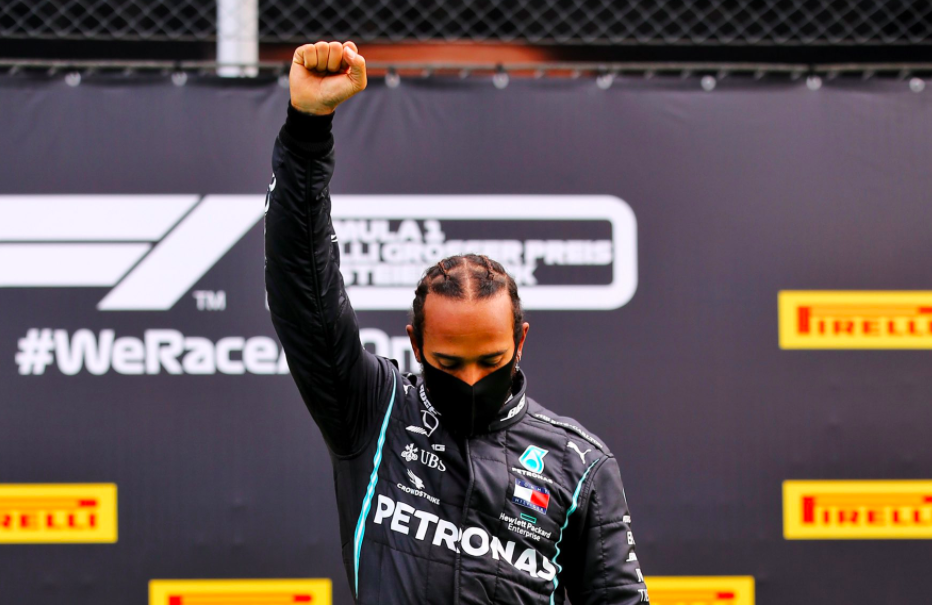 Before Formula One began its season last week at Austria’s Red Bull Ring, defending champion Lewis Hamilton led all 20 riders to the starting line where an “End Racism” banner flanked them. Every other driver wore an “End Racism” t-shirt while Hamilton wore a shirt that read “Black Lives Matter” on the front and “End Racism” on the back.

One reason. A commitment.

As individuals, we choose our own way of supporting the cause. As a group of drivers and a wider F1

It seems like the plan was for each driver to take a knee and join Hamilton, Formula One’s only black driver, in solidarity. But that was not what happened when six of the drivers decided to stop. Afterwards, some of these drivers took to social media to explain why they didn’t kneel with Hamilton and the others.

I believe that what is important are facts and behaviors in our daily lives rather than formal gestures that can be seen as controversial in some countries. I will not take my knee, but that does not mean that I am less involved than others in the fight against racism.

I am very committed to equality and the fight against racism. But I think everyone has the right to express themselves at a time and in a way that suits them. I will not take my knee today but respect and support the personal choices that every driver makes #WeRaceAsOne #EndRacism

Another driver who later stood explained that he did not kneel for religious reasons.

The Russian driver Daniil Kvyat was another of the drivers who did not take his knee and he explained: “I am really against racism and we as a group of drivers decided that a very strong message would wear the T-shirts on” End Racism “. I think that type of message was very strong and it was delivered to everyone.

“Unfortunately, the gesture is to kneel against my mentality in my country where you just kneel before God, your flag and that’s about it.”

Given the power of Formula One as one of the world’s most guarded sports and the turnaround these drivers have, the lack of a uniform front and the explanations of drivers who did not kneel the competition organization may have the uniform vision it might have hoped for. It is particularly dazzling compared to the actions that players and drivers take in other sports, including NASCAR.

Whatever you think they should have done, only F1 could cover the cars and the paddock in the #WeRaceAsOn hashtags and rainbows, then the network has shared a knee on the web. pic.twitter.com/hvLUGwtUlO

You had to imagine that all eyes would be watching this weekend’s race, the Styrian Grand Prix in Austria. Again the riders gathered before the race in “End Racism” jerseys. And once again, most drivers knelt while four of the 16 remained. Perhaps devoted to the negative response to the standing and lack of unity from the previous race, F1’s cameras quickly cut away to a sky diver, prompting many viewers to exclaim what appeared to be their attempt to silence the controversy.

Lewis Hamilton was united in taking a knee of the majority of his executives in front of the Styria, while some drivers again chose to stand.

Mix of knees and standing again before the anthem – but only a very brief glimpse of it on world food.

Bad show on @ F1 cuts away from the final racial message displayed by the driver.

A bit awkward with # F1 not showing the End Racism images of drivers online while Simon Lazenby describes how important it is not to let the message die.

It really annoyed me. All messages from F1, endless views of ‘END RACISM’, but the TV feed does not show the drivers doing anything relevant. Grrrr.

Simon Lazenby was attentive to talk in the Sky broadcast right now. If all these other sports and racing series can show unity in their message against racism, how can Formula One not? How will we send a mixed message?

It’s a shame to not see the drivers kneeling again. #AustrianGP

Sky Sports’ F1 host Simon Lazenby took a strong stance at the moment when it comes to the lack of a uniform front of the drivers and says these measures send a “mixed message.”

“Lewis Hamilton leads the conversation on this and takes a knee again. He said he had no problems with any of the drivers and team members who decided to take a knee, but he stressed that he doesn’t want to see this change campaign die a silent death and the sport can do more.

“It’s a shame they left those pictures after people questioned the apparent lack of unity last week with some knees and some not, you have to ask if it would have been in the best interest for the image of this sport to get it together this week. It’s not a judgment, it’s for you to decide at home.

“The images still do not seem to fit the message of this most global sport. If NASCAR, football and cricket can get it right, why can’t Formula One? That’s the question. From where I stand here we have seen some take a knee and others not, it is just a mixed message. “

While the TV crew may have been able to divert attention from messages (good or bad) sent by drivers before the race, Lewis Hamilton made it impossible to be ignored afterwards by winning the race comfortably. Hamilton went to the winner’s podium, bowed his head and raised his fist in the air to represent the Black Lives Matter movement he has proclaimed.

Whether the cutout was purposeful or because of the pre-planned nature of the parachute is probably irrelevant to the bigger issue that Formula One has to deal with right now, which is the opinion that its drivers are not all on the same page when it comes to the “End Racism” campaign “. Given that Lewis Hamilton is the face of F1, the message will not disappear and neither will he. How they handle things going forward and how they project that message (or dance around it) is what everyone will pay attention to. Expect that the pre-race lap before next week’s Hungarian Grand Prix in Budapest is expected as eagerly as the race itself.

Then Kelly Loeffler blows up players on her own WNBA team