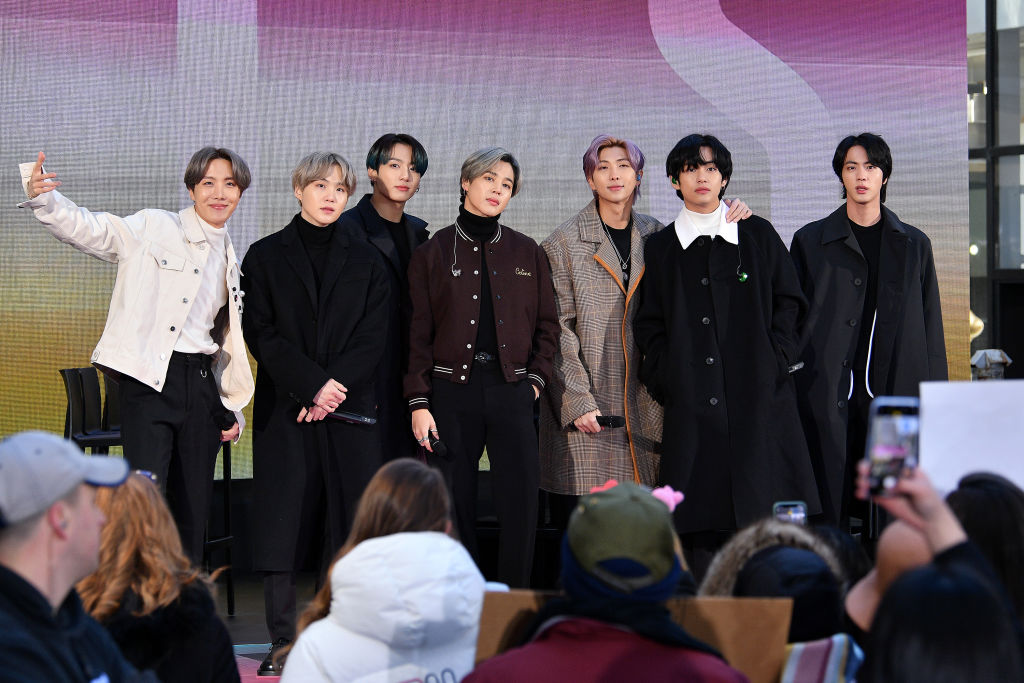 When BTS announced the Festa 2020 schedule, fans knew that “We Are Bulletproof: The Eternal” on June 12 would break them – and it did.

When the clock struck midnight in South Korea, BTS dropped the animated music video for “We Are Bulletproof: The Eternal”, which contained references and Easter eggs from earlier eras. And as expected, it was an emotional roller coaster for ARMYs all over the world.

Meaning behind BTS ‘We Are Bulletproof: The Eternal’

RELATED: RM says he ‘cried a lot’ while writing the music for BTS ” Map of the Soul: 7 ‘

The song reflects BTS’s previous struggles. But it also celebrates the present and future of the seven members – RM, Jin, Suga, J-Hope, Jimin, V and Jungkook. But in the end, if you look at the meaning behind the lyrics – for example, “We were only seven, but we all have you now”, you will see “We Are Bulletproof: The Eternal” is a love letter to ARMY.

References in BTS ‘We Are Bulletproof: The Eternal’ music video

RELATED: What are BTS members’ favorite songs to play live?

When BTS dropped the “We Are Bulletproof: The Eternal” music video, the band solidified their love for ARMY. The animated video was opened with RM in his “Boy With Luv” costume, who walked into the old training room Big Hit Entertainment. He sees his former self in the mirror, wearing his debut outfit from June 13, 2013.

There are also some other Easter eggs that go beyond previous music videos. At the beginning of “We Are Bulletproof: The Eternal”, there is a moment where “BTS” and “Solo” are written on a wall in the background. Of course, it may indicate the seven members who choose this path. It could also be a reference to the prank where Bang Si-hyuk asked RM to choose between a solo career or the band, and the leader chose BTS directly.

At this point in “We Are Bulletproof: The Eternal,” BTS refers to the “Born Singer” performance under The Wings Tour The Final. The band also highlighted the closing speeches during the concert, where members broke down thanking the fans for their support.

In the same shot, J-Hope is seen holding a golden award as tears run down her face. So it is likely that MV referred to BTS ‘Artist of the Year from MAMA 2018, where the band revealed that they were considering dissolution. But they kept moving forward. And as they say, the rest was history.

“Earlier this year we had a really difficult time mentally. So we talked together and were worried whether we would dissolve or not, ”Jin then said. “But I am so relieved that we found our determination again. And now we can get these amazing results. “

BTS fans respond to ‘We Are Bulletproof: The Eternal’ music video

RELATED: BTS performs “Boy With Luv”, “Spring Day” and “Microcosm” for “Dear Class of 2020” and it beat ARMY Direct in the Feels

When BTS dropped the “We Are Bulletproof: The Eternal” music video, it was hard not to get emotional. And, as always, the ARMY round the clock on social media, #WeAreBulletproofTheEternal is trending to the top spot worldwide on Twitter.

“This part when they showed BTS running in their past era just made me cry harder, “tweeted a fan. “You can clearly say that they have really come this far in life and I am very proud of them. #WeAreBulletProofTheEternal. “

“I can’t stop crying,” wrote another fan. “#WeAreBulletproofTheEternal always made me cry but now MV sees, all the memories from the past to now with lyrics strike me even harder. “

At the same time, other fans pointed out moments from MV that reminded everyone BTS and ARMY are on the same trip together.

“Completing the constellations is like supplementing our love, connection and support for BTS,” wrote a fan on Twitter. “Cast stones on BTS, they have no fear anymore. They are forever safe. We will forever join BTS, no matter how rough the road, no matter what happens. “

And of course, fans now expect BTS to perform “We Are Bulletproof: The Eternal” as the last song for Bang Bang Con The Live June 14, joins “Spring Day” and “Microcosm.” But once again, no one is actually ready for the emotional journey.

“When BTS performs We are Bulletproof: The Eternal at the end of the bangbangcon concert, we are not ready for it, ”wrote one fan.

As BTS Festa continues in 2020, it’s really time to remember the group’s seven-year journey. And if there’s anything we’ve learned since its debut, it’s that BTS and ARMY make the perfect team. So let’s get it.