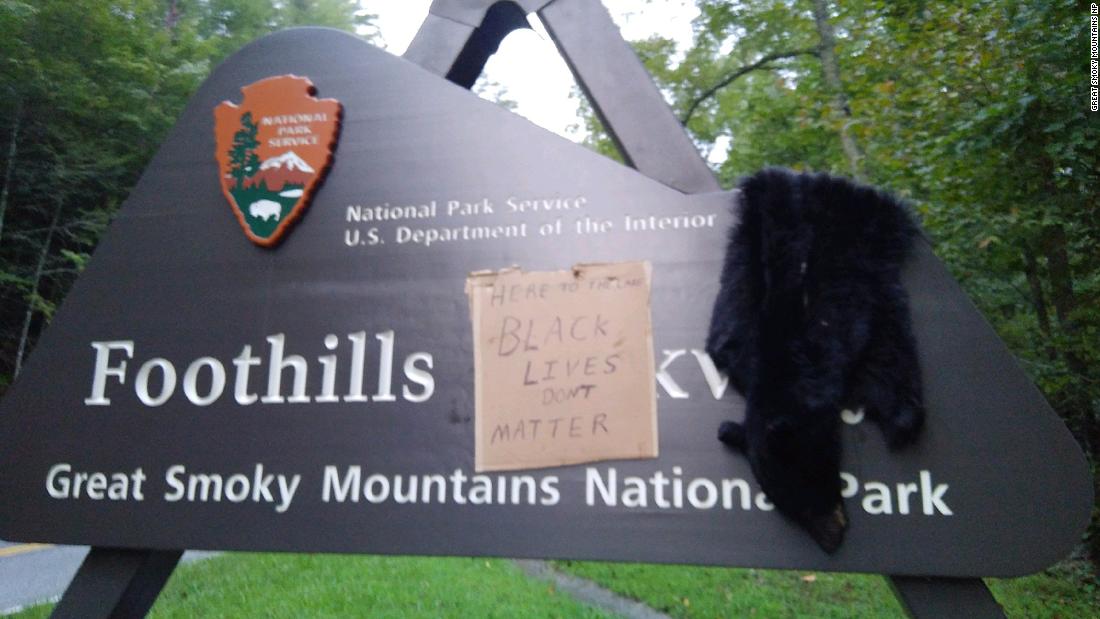 The park, divided between Tennessee and North Carolina, is America’s most visited national park, according to the National Park Service.

The sign was reported by visitors on Saturday at Foothills Parkway West Entrance Sign near Highway 321 intersection in Walland, Tennessee.

Officials believe the entrance was vandalized sometime between September 18 and September 19, according to a press release from the park.

“We encourage anyone with information to reach out to us as we continue to investigate possible motives for this incident.” Chief Ranger Lisa Hendy said in a statement.

Investigators are offering up to $ 5,000 for information leading to identification, arrest and sentencing, the press release said.

“That’s why we’re offering a reward for information,” Hendy said.

Anyone with information is asked to contact investigators at 888-653-0009 or nps_isb@nps.gov. But the park emphasized the use of their tip portals is limited to investigative tips only and should not be used to provide general comments or opinions about the incident.