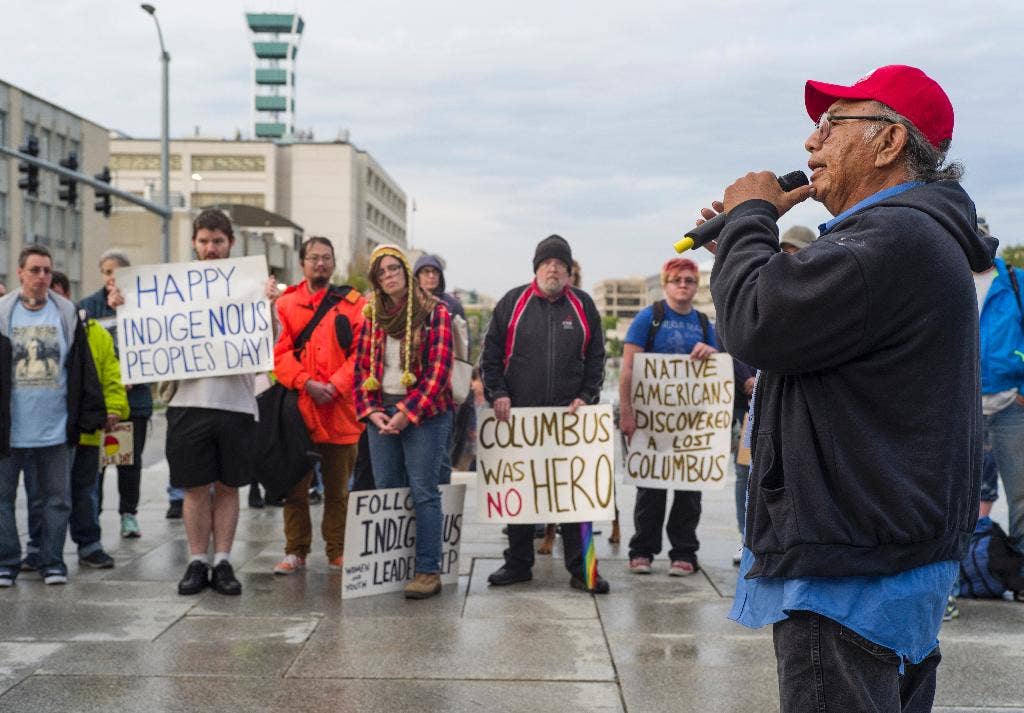 The DC Council invoked a special provision for emergency legislation on Tuesday that allowed the bill's sponsors to force a vote without the standard process involving committees, multiple votes and congressional approval. Another bill in the works would make the change permanent – the emergency bill will go "no longer than 90 days" after Mayor Muriel Bowser signed it.

"Columbus Day was officially designated a federal holiday in 1

937 despite the fact that Columbus did not discover North America, despite the fact that millions of people already lived in North America after his arrival in America, and even though Columbus never set foot on the beaches of the current United States, "at the Grand Council's David Grosso said in a statement Monday. "Columbus enslaved, colonized, mutilated and massacred thousands of indigenous peoples in America."

The temporary provision was easily adopted with 12 of 13 members voting for it and only one member, Jack Evans, who is currently voting.

Grosso's statement on Monday blamed Council President Phil Mendelson for staying in the legislation for at least five years, "without any public consultation or hearing," although Mendelson voted for the bailout Tuesday. Curbed DC reported that Evans was currently voting because his Italian-American constituents reached out to oppose the move.

Even on Tuesday, the body approved a similar "temporary" bill that would last for just over seven months if signed, and adopted a resolution explaining the need for that the Council should rename Columbus Day before October 14 "an emergency."

"Columbus Day is in awe of a divisive figure whose actions against the indigenous people contradict the values ​​of equality, diversity and inclusion – values ​​that the District of Columbia has long embodied – and serve only to defend hatred and oppression, contrary to the values ​​that the district daily supports, "the resolution reads. "The Council recognizes the negative historical and continuing effects of European colonization on the indigenous peoples of America and reaffirms the district's commitment to equality, diversity and inclusion for all."