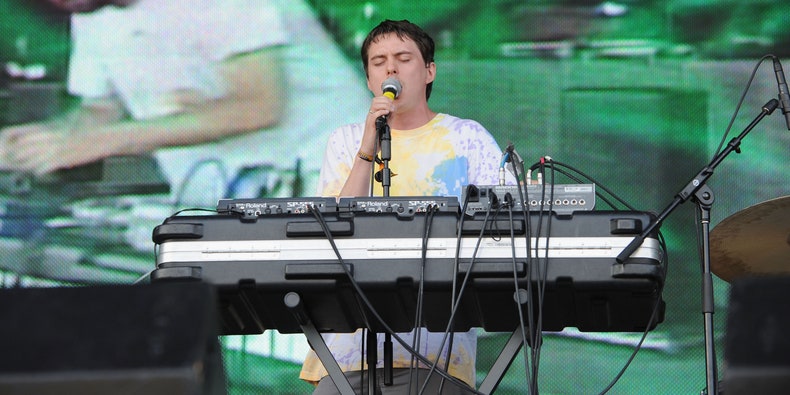 Animal Collective has announced a new collection of live recordings from their Merriweather Post Pavilion . Ballet Slippers compiles 12 tracks recorded at various concerts during the band's North American 2009 tour behind the album. The songs were edited by Panda Bear, mixed by Ajay Saggar and mastered by Dave Cooley at Elysian Masters. Ballet Slippers is out November 22 via Domino to celebrate Merriweather Post Pavilion 10th Anniversary. The band shared a statement with the announcement; read it below.

It is impossible for us to remember the years around Merriweather Post
Pavilion without thinking about the live experience. As a record
celebrates 1

0 years, there has been a lot of talk about the album itself, but so
Much of the time spent living with these songs was spent on stage together.
Each night on tour, the music reopened and left us new spaces
to fill and new opportunities to think about our past. As
Merriweather documents the era in one of its forms, we wanted Ballet Slippers to do the same for some of its other forms.