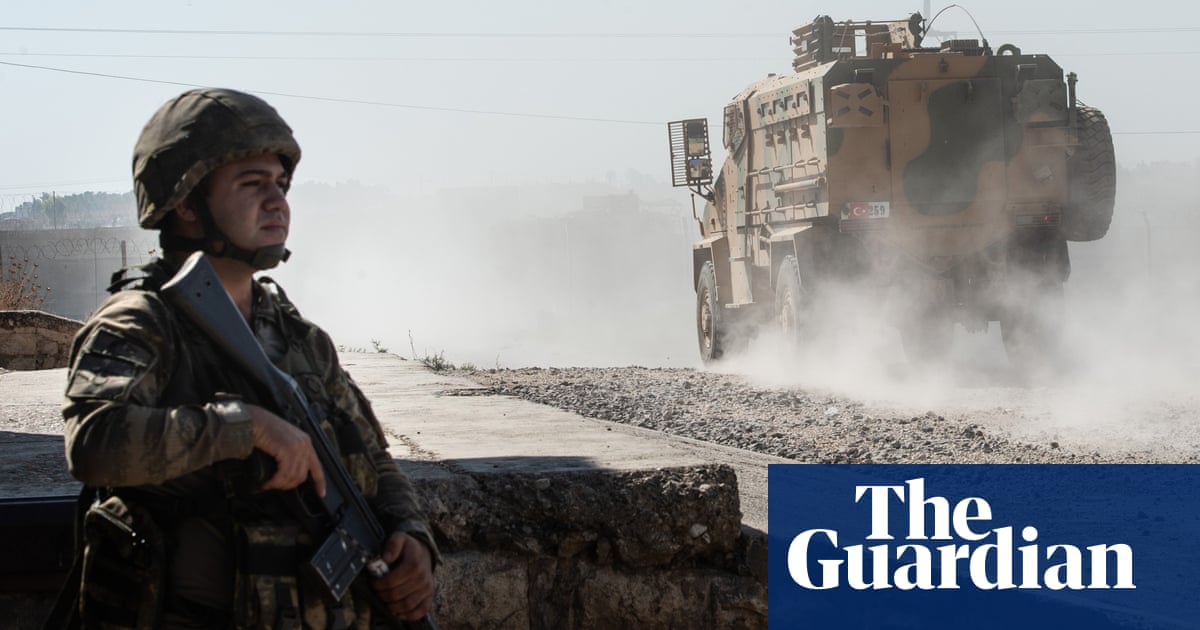 Tens of thousands of civilians have taken flight in an effort to escape fighting after Turkish troops began a military operation against Kurdish fighters in northern Syria, the UN refugee agency has said.

According to the UK-based Syrian Observatory for Human Rights, more than 60,000 people have fled their homes since Wednesday.

They have been followed by dozens of aid workers who crossed the border from northeastern Syria into Turkey after agencies ordered a widespread evacuation in anticipation of an expanded Turkish push into the region.

The exodus kept border officials busy throughout Thursday morning. Aid workers said they had been told to leave by their organizations, and most had done so reluctantly.

"Hundreds of thousands of civilians in northern Syria are now in harm's way," said Filippo Grandi, the UN High Commissioner for Refugees. "Civilians and civilian infrastructure must not be a target."

Syria is already hosting one of the world's most complex humanitarian crises, with millions of people displaced both within and outside its borders, and the Turkish offensive, announced on Tuesday, to add a frightening new dimension.

“Hundreds of thousands of civilians in northern Syria are now in harm's way. Civilians and civilian infrastructure must not be a target, "said the UN High Commissioner for Refugees Filippo Grandi.

UNHCR called on parties to adhere to international humanitarian law, including providing access to aid agencies.

The agency said hundreds of thousands of civilians “in northern Syria are now in harm's way. Civilians and civilian infrastructure need not be a target. ”

In sharp-edged remarks aimed at Turkey, Juncker pointed out that the EU is contributing € 6bn (£ 5.4bn) to Turkey to help support the 3.6 million Syrian refugees in the country, adding that Europe would not contribute to the creation of a "safe zone" in northern Syria.

"I call on Turkey, as well as the other actors, to act with restraint and to stop operations already, as we Juncker said

While acknowledging that Turkey has security concerns on its border with Syria, Juncker said: "If the Turkish plan involves the creation of a so-called safe zone, don't expect the European Union to pay for any of it. "

Stoltenberg told a news conference in Rome that while Turkey, a NATO ally," has legitimate security concerns … it is important to avoid actions that may further destabilize the region, escalate tensions and cause more human suffering. ”[1

9659002] Aid agencies said many of those in the area where the controversial offensive is focused have already survived the brutality of the Islamic State era. Many have been displaced multiple times during Syria's long war.

Among those raising concerns was the International Rescue Committee, which warned: “As [the] Turkish offensive in Syria begins, the IRC is deeply concerned about the lives and livelihoods of the 2 million civilians in northeastern Syria who have already survived Isis brutality and multiple displacements.

"A military offensive could displace 300,000 people and disrupt life-saving humanitarian services, including the IRCs."

"Both Turkish and Kurdish forces have a track record of carrying out indiscriminate attacks in Syria that have killed scores of civilians," said Lynn Maalouf, Middle East research director for the group. "This must not be allowed to happen again.

" The international community must take measures to ensure respect for international humanitarian law by the Turkish authorities and pro-Turkey armed groups and Kurdish forces, if another humanitarian catastrophe is in northern Syria.

"As in other parts of Syria, scores of civilians in northeastern Syria have already suffered from the impact of successive military offensives, multiple displacements and dire living conditions.

" Turkey has a bond under international humanitarian law to take all possible measures to protect civilians and to ensure that they have access to humanitarian aid. Civilians wishing to flee the fighting must be given safe passage to do so. "

The UK-based agency Save the Children also issued a warning ahead of the launch of the offensive.

" We are deeply concerned for the hundreds of thousands of people present in northeastern Syria, and we urge all military parties on the ground to ensure that operations do not impact civilians who could face widespread displacement or have their movements restricted.

“Currently, there are 1.65 million people in need of humanitarian assistance in this area, including more than 650,000 displaced by war. All essential services including food, water, shelter, health, education and protection must be consistently provided to all civilians, or we could see another humanitarian disaster unfold before our eyes.

“In addition to the Syrian civilians in the northeast , there are thousands of women and children living in camps across the area … who rely completely and exclusively on humanitarian aid. Any interruption to camp services that are already overstretched would put their lives at risk.

“Children in Syria who have fled Isis-held areas are innocent and swept up in horrific events far beyond their control. Their short lives have been full of violence and fear. All children deserve [the] chance to recover. ”