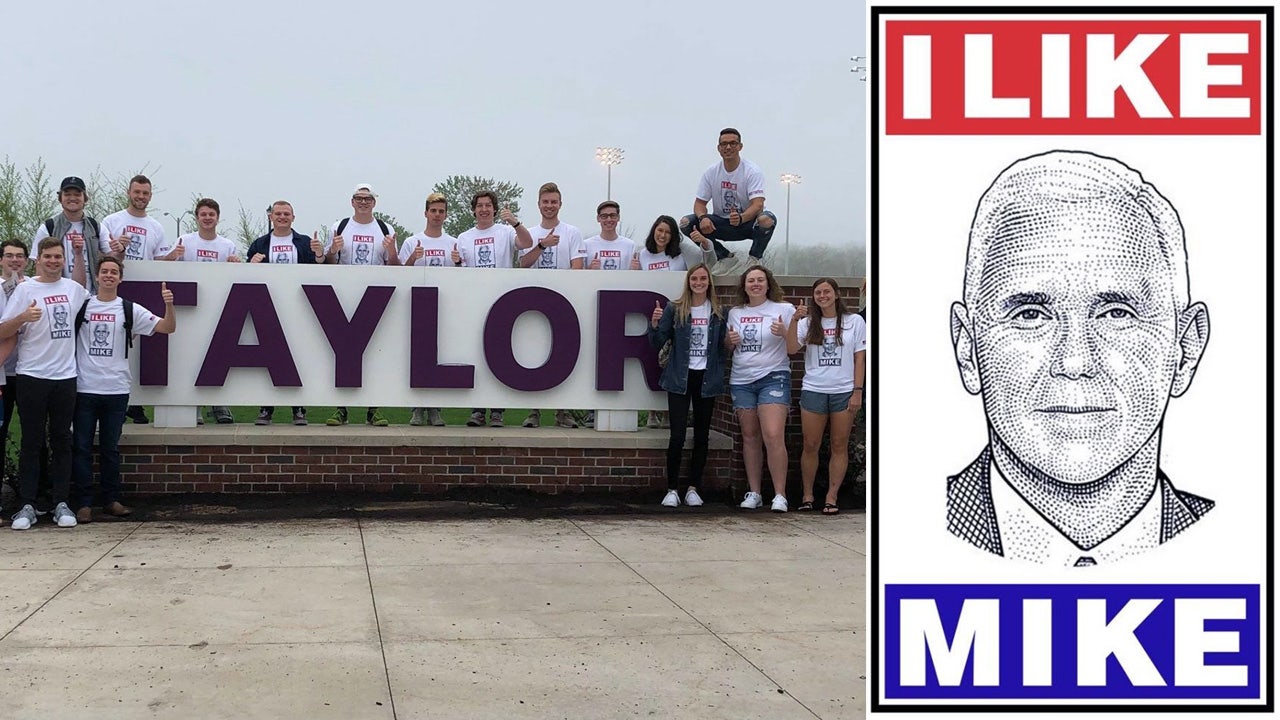 After an unexpected general backlash when Vice President Pence was dropped as an opening speaker, a college student in Taylor started a "I like Mike" campaign to show the overwhelming majority at the little Christian college in rural Indiana, supporting the state's former governor. 19659002] David Muselman, 20, a curious finance manager from Berne, told Fox News he started the campaign because he couldn't believe in the backlash after the university announced that Pence would speak at his May 18.

Some upset students and alumni launched an application for Pence Invitation to be canceled, saying they felt personally infested and "physically shaken. ". Critics said students would "feel insecure in their own degree".

The setback got national headlines.

"My motive behind selling these" I like Mike & # 39; T-shirts was to tell the world that a large majority of campuses were proud of Taylor's decision, "said the Muslim." The silent majority is in full support , while a very small minority does not support. "

UNIVERSITY DEATH THE BIBLE. It is now" the greatest place in America: "DENNIS PRAGER

Paul Lowell Haines, president of Taylor, praised the Vice President as a" good university friend for many years "and" a Christian brother whose life and values ​​have exemplified what we are striving to introduce into our candidates. "

The University stands by its decision to introduce Pence as its college speaker. 19659005]" Since we announced Vice President Mike Pence's forthcoming speech, Received feedback from people on both sides of the problem, says Taylor University spokesman James Garringer. "Taylor University is a deliberate Christian community that strives to encourage positive respectful and meaningful dialogue."

A Handful students who bought "I Like Mike" t-shirts from beginner, David Muselman, to show their support to Vice President Mike Pence before his opening speech later in the month.

Muslim said he quickly sold out T-shirts, which the students carried to chapel on May 3 and many said they were planning to wear them a few times before Pence speech later this month

"Having tired of my shirt, people from across the universities – students, faculties, maintenance workers, etc. – have all said they love it and support Vice-President Pence," Muslim added. "Taylor likes Mike!"