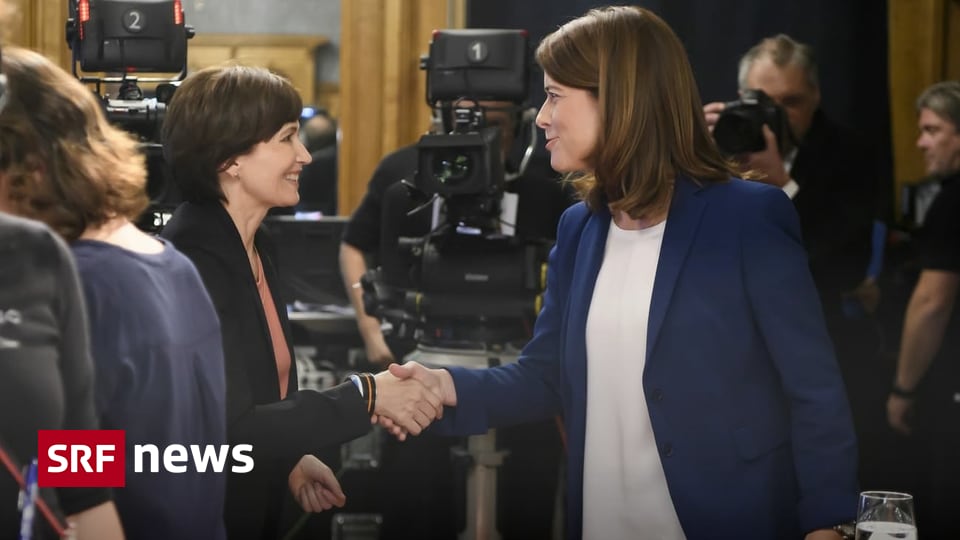 After their election success, the Greens demand a place in the Bundesrat. FDP President Petra Gössi beckons off.

Why would the FDP still have the right to two seats in the Bundesrat? This issue has arisen since the end of October elections. The call for a green representation will be higher. At the next vacancy, the green entry into the Bundesrat must be an issue, said the Greens and the SP still at the election on Sunday.

The magic formula – two places each for SVP, the FDP, SP and one place for CVP – applies unchanged, as opposed to FDP Party President Petra Gössi so far this progress of the Greens.

The conditions must remain as before, Petra Gössi defended their attitude in "Saturday's roundtable": "I I am convinced that we need stability in Switzerland." A departure from a sitting federal council would not suit, Gössi said.

In addition to the upcoming Federal Council election, the FDP president is quite willing to have a political debate on the party-political composition of the state government lead. "We must find a solution that is profitable for the future of the country."

Now that the FDP suddenly has its seat, the FDP president does not shine. "I advocate stability," says Gössi. Therefore, she advocates clear political conditions. "It's important that you know who controls this country and who stands for what positions."

It will not benefit anyone if the federal councils are permanent in the election campaign.

A rapid rate change in the composition of the state government is therefore not effective. "It will not benefit anyone if the federal councils are permanent in the election campaign."