Breaking News
Home / Sports / The bicycle scandal: Fabio Jakobsen in a coma after a terrible fall

The bicycle scandal: Fabio Jakobsen in a coma after a terrible fall 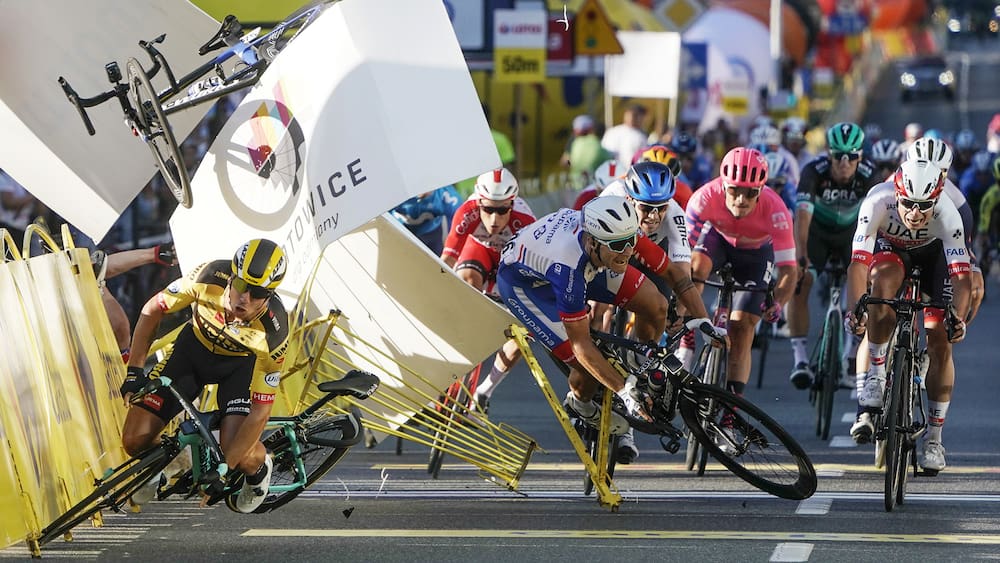 Exactly one year to the day, when the Belgian Bjorg Lambrecht crashed into a concrete pillar on a rainy blood road during the Tour of Poland and was fatally injured.

Now, in the first stage of this year’s tour, it’s another serious crash. The Dutchman Fabio Jakobsen (23) collides with the barrier in the final sprint of about 80 km / h. This after his compatriot Dylan Groenewegen (27) drove him away.

Jakobsen remains unconscious and is flown to the hospital by helicopter. There he is placed in a coma and intubated. Groenewegen is disqualified after a short time and Jakobsen is awarded the victory.

“It was a criminal act by Groenewegen. He belongs in prison for that, I would go to court for that, “tweeted Jakobsen’s team manager Patrick Lefevere.

The German professional cyclist Simon Geschke writes: «Every year the same stupid downhill sprint on the Tour of Poland. Every year I wonder why the organizers think it’s a good idea. Mass sprints are dangerous enough, you do not need a slope of 80 km / h! »

As the hospital’s spokesman in Sosnowiec announced on Wednesday night, Jakobsen was operated on by orthopedic surgeons and oral surgeons. His condition was serious at first, but now stable. You have to wait and see.

At the same time, the World Cycling Association has also taken action against Groenewegen: “The UCI strongly condemns the dangerous behavior of driver Dylan Groenewegen, who sent Fabio Jakobsen into the barrier a few meters from the finish line and thus triggered a mass crash,” it said in a statement.

The World Association also announced that the case was immediately handed over to the Disciplinary Board for further sanctions due to the “unacceptable behavior” of Groenewegens.

Male factors and triggers for cases Groenewegen is not an empty slate. The 27-year-old from the Jumbo-Visma team already attracted negative attention in October 2016. During a sprint in Brussels, he stood in the way of the Belgian Oliver Naesen and pushed him into the barrier.

Naesen went easy, but his appeal to the competition commission remained silent and Groenewegen won.

Two years later, Groenewegen took the Tour de France with the fans. In the seventh stage of the Grande Boucle 2018, the Dutchman prevailed against Gaviria and Sagan in the sprint and then put his index finger on his mouth.

In this way, he wanted to silence the fans who repeatedly criticized him for his sprint style in the days before. (wst / leo)

The actor is back: Next back and forth with a happy ending – football – sports