"Sweetener" tour: It was the Ariana Grande concert in Zurich 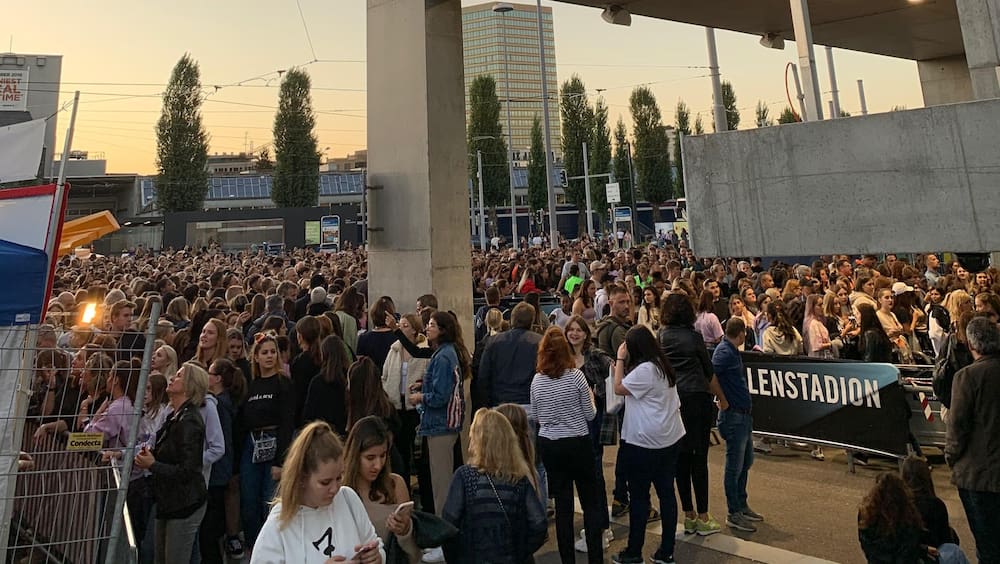 For hours, fans were waiting for their idol: Ariana Grande (26) stayed in her "Sweetener" world tour at the Zurich Hall Stadium yesterday. The security measures were as stringent as at the airport. Only transparent bags were allowed, and each visitor had to pass a metal detector. Ariana Grande cannot be blamed for the further action – the attack on her concert in Manchester (UK), where 22 people died and hundreds injured, is just two years ago.

Nevertheless, the exceptionally strict entry control for Hallenstadion caused dissatisfaction among the fans. Concert visitors had to wait up to 1.5 hours before the entrance, but the queue was slow. The fact that the organizer announced the stringent checks months ago and prevailed early on, did not help the queue in the audience. The inlet was a damper before the concert.

After finally arriving at the sold-out hall, the American pop star opens her show with the hit song "God Is a Woman". Grande and her dancers are draped on a table, the scene reminiscent of Communion. From start to finish, the megastar, who sings live all the time, is convincing with his vocal power.

The singer is in a good mood: she giggles with fans and dancers and tries to be close to the audience. When a fan throws a lip gloss on stage, Grande pulls her lips playfully. Since March this year, the singer has been touring – alone she has played 72 shows in North America, almost 30 in Europe. She does not show it and radiates ease. While some of the other superstars scream half-heartedly through a concert towards the end of their world tour, Mühe gives up, holds his fans in hand and obviously has fun on stage.

"You are very special, Zurich»

Grande makes a hearty moment when she asks the audience to cheer on her father. "Sound to my dad, who is here tonight!" She says into the microphone. "I love you, Dad. "Nice feeling: In their hit" 7 Rings ", Grande and her dancers perform a car that says" Zurich. "" Wow, I'd like to come here more often, "she says at the end of her show. one of my favorite destinations. You are something very special, Zurich. I can't wait to come back. »