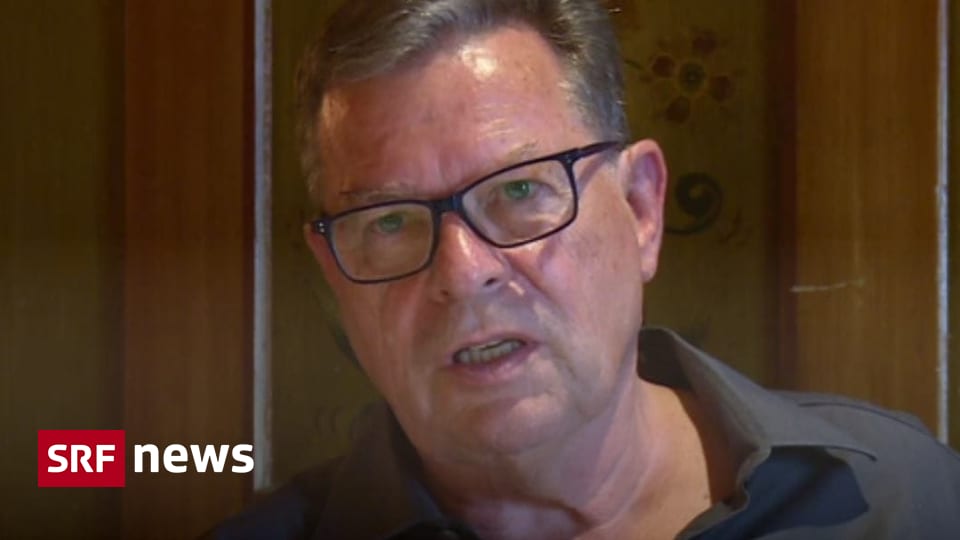 It could not continue that way, says Toni Bortoluzzi, SVP's Zurich vice president, after the election defeat. The party had become "soothing." And SVP also has to wonder if Albert Rösti "tolerates" as president.

SVP is the big loser of the federal election in 2019. It collapsed by 3.8 percent, in the National Council the party has lost twelve seats. A resounding slap in the face for the spoiled by success SVP

President Albert Rösti said that one could not and would not be satisfied with this result. At the same time, both he and SVP campaign manager Adrian Amstutz never tired of emphasizing that their party remains the strongest force in the country.

Has SVP simply fallen victim to a "hype" about the climate, as Amstutz explained? Or does the party's problem go much deeper?

SVP has rested on its record result in 2015 for the past four years, says Toni Bortoluzzi, vice president of Zurich Cantonal, former National Council leader and longtime companion and confidence in Christoph Blocher.

It was already clear to him before the election: The People's Party must solve basic problems if it wants to return to the victorious path. "The Bernese mentality has come," says Bortoluzzi. The party had become "soothing." It no longer works with "power". "You have to act more clearly, not just manage the success, it is not enough in politics."

The necessary basic work in the background had been neglected in the last four years. Examples of SVP's failures in this regard are dealing with the climate issue.

All of Switzerland talked about climate change during the election year. The left-green parties rubbed their hands together. And nothing came from the national SVP for a long time. Bortoluzzi says this issue was caught on the wrong foot by saying it was "completely unprepared."

SVP's crisis was already evident in the spring. The Canton elections in Zurich ended in disaster for the party – and cost Konrad Langhart, the then president of SVP Zurich, the boss. Albert Rösti, president of SVP Switzerland, regretted the outcome of the Swiss federal election, but decided not to resign.

The question of how long Albert Rösti Bortoluzzi responds that it is not the Zurich SVP that decides to do so, but: "Of course you have to go through the books: do you still tolerate a president who has lost so many voters? Or if you say: A basic renewal of party structures is required. "

Read more about this topic She in the program" Reporter "on October 27, 22:20, SRF 1," Inside SVP – Behind the Scenes of the Election Campaign. "