Smartphone: Huawei has run out of SoCs 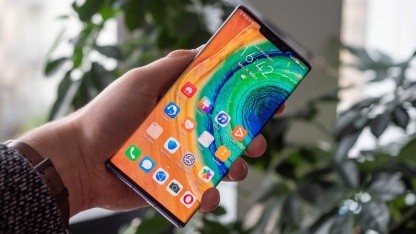 The Chinese manufacturer Huawei has officially confirmed that it must stop production of its most powerful SoC units because the necessary production capacities are lacking, according to the news agency AP. The reason is the US embargo, which prohibits Huawei from continuing to work with industry partners such as TSMC.

Huawie’s 7 nm chip Kirin 990, which was manufactured by TSMC, is affected, among other things. TSMC claims to have stopped accepting orders from Huawei since May 15, 2020. Huawei has not yet found a corresponding replacement partner for the production of such advanced chips: The Chinese company SMIC can, for example, manufacture chip kits with a maximum of 14 nm.

According to Richard Yu, head of Huawei’s mobile division, production of the Kirin 990 will stop on September 15, 2020. After that, Huawei will no longer receive any new chips for its smartphone production. “This year may be the last where there will be advanced chips from Huawei”Said Yu at a conference.

Smartphone production no longer has any reserves of powerful SoCs

According to Yu, Huawei has smartphone production “no chips and no stock” More. Consequently, the CEO expects that production this year will be lower than in 2019, when Huawei produced 240 million units.

Despite the sanctions, business has gone well for Huawei in recent months. During the second quarter of 2020, the manufacturer delivered more devices than Samsung for the first time. This means that for the first time in nine years, Apple or Samsung is not number 1 among the best-selling devices. The reason for the success is the strong demand in China, which was able to compensate for the reduced demand in Europe. Without the supply of SoCs, however, it is likely that the Chinese market risks in the future.

New trailer for “Beyond the Light”