Premier League: U-turn at Klopp in the Xherdan Shaqiri case 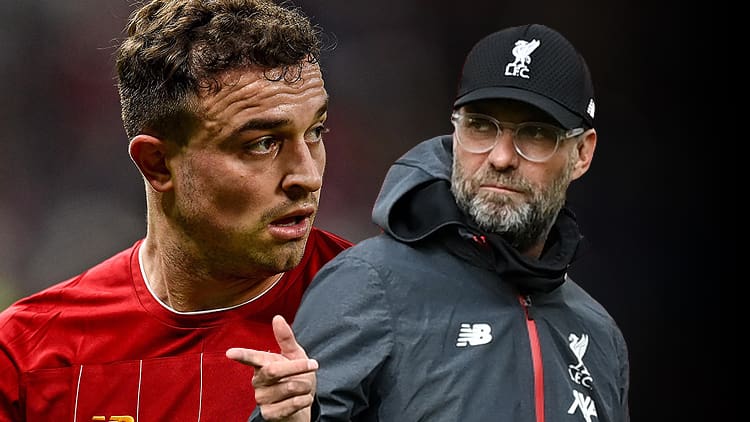 The case was actually clear: Xherdan Shaqiri will leave Liverpool as new English champion this summer.

The Swiss Nati star cannot avoid superstars Salah, Mané and Firmino, plays only a minor role during the current season and is often injured. All signs are goodbye. Newcastle United, Sevilla FC, AS Roma and CSKA Moscow have already reached our magic dwarf.

But now “The Athletic” reports that a change of thinking is taking place for coach Jürgen Klopp (53) and Fenway Sports Group FSG, a US sports marketing company that belongs to Liverpool, among other things: Shaqiri should apparently stay with the reds!

Liverpool would like to have asked about CHF 30 million for Shaq, about twice the amount transferred to Stoke City 2018. However, after the Corona crisis, such a price is unrealistic.

Another problem: FSG also owns the Boston Red Sox baseball team. And since the MLB baseball league is also paused in the US, FSG lacks a huge amount of money. So investing in new star players for Liverpool can be extremely difficult.

So Klopp and the owners should now take a new path. Medium: Apart from Shaqiri, the two talents Harry Wilson (borrowed from Bournemouth) and Marko Grujic (to borrow from Hertha BSC) have also not been sold and will have another chance to force themselves at Anfield.

It remains to be seen if the Reds will not become weak with an immoral hammer offer for Shaqiri. The transfer window was extended by Uefa until October. (WST)

Barça’s defender after debacle – Piqué: “It was a shame” – sport

Ajla del Ponte outclassed the competition in Monaco over 100 m