Paratroopers take over the finances of Private Banking 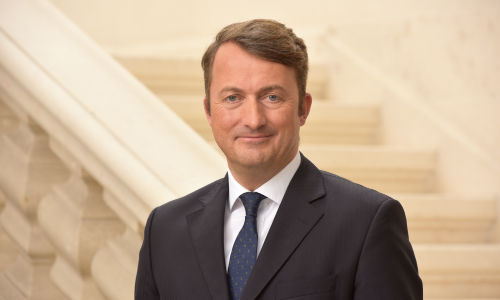 The Credit Suisse found a new chief financial officer for the international wealth management. This is about a German parachute officer who knows the Swiss financial center in detail.

As of February, Gerhard Lohmann will be working as Finance Manager of the International Wealth Management (IWM) Division of Credit Suisse (CS), as the bank announced on Tuesday. He then takes over the previous post of Philipp Wehle who rose to the CEO of the division last July.

Lohmann is currently the Chief Financial Officer of the Reinsurance Area with the Swiss Re return insurer, where he has been working for seven years. Davor accumulated his experience at the CS, where he was recently appointed Managing Director as Operations Manager of Asset Management in the Europe, Near East and Africa (Emea) region.

Damals has played a crucial role in the sale of Teilen des Asset Management business and the British fund house Aberdeen (today Aberdeen Standard Investments), it is further. Also in the Swiss business of the Grossbank leaves behind its traces: As responsible for business development, he increased the profitability in corporate and retail banking.

Prior to his studies at the University of Friborg, Lohmann completed an education at Deutschen Bank. At the end of the eighties, he provided his military service in Germany, where he brought his Linkedin profile to the lieutenant with the paratroopers.