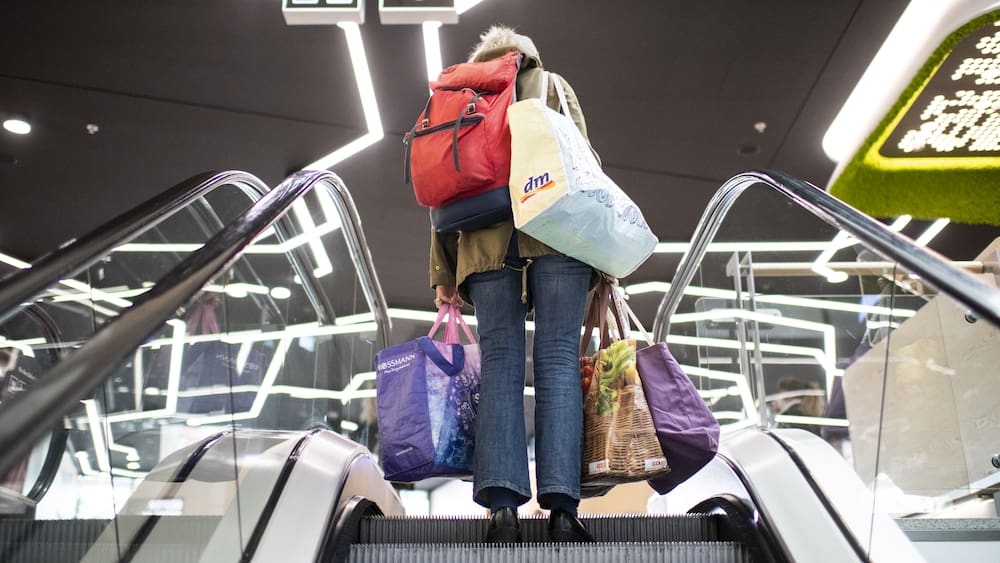 The boundaries were tight for a few months. The corona crisis has forced Switzerland into isolation. The shopping tourists had to leave their pay day in Migros or in Denner. The doors to Edeka and other German dealers remained unavailable.

The shopping paradise on the border has been open to cross-border commuters since June. Migros noticed this immediately at checkout. “From day one of the border opening, we felt the shopping tourism again,” says Migros manager Fabrice Zumbrunnen. “With one exception: It seems that the people of Ticino are not yet keen on trading in Italy.”

According to Zumbrunnen, the decline was “within the two-digit percentage range”. Today, Migros sales are about the level they were before the limit was closed.

“Thanks to Corona, we had a very positive effect in between,” says Romanden head of the cooperative. “However, it is not yet clear where shopping tourism will be leveled off, as our competitors in neighboring countries have been particularly aggressive in terms of prices in recent weeks as they were severely affected by the shortage of Swiss customers.”

Zumbrunnen is sure that the price war will become even more important in the future. The background is the corona-related decline in economic production in Switzerland. “People save on shopping every day,” says the Migros manager. “It happens in every recession.”

Zumbrunnen himself spends the money with both hands. With the sales of Globus, Interio, Depot and Glatt-Zentrum, he filled the dealer’s war chest. He invests revenue in the health sector and online commerce.

“It was an extreme situation”

The Migros subsidiary Digitec-Galaxus has so far benefited from this. The logistics capability has almost doubled recently. “It’s Le Shop’s turn now,” says Zumbrunnen. The investments are urgent. Le Shop had huge delivery difficulties during lockdown. “We had 10 to 20 times more orders than usual,” Zumbrunnen said. “It was an extreme situation.”

During the shutdown, Migros set up two improvised layers. “Now we have to invest in real, partially automated warehouses to create the necessary capacity. Le Shop still generates between 20 and 30 percent more sales each week than last year. I expect the online food business to continue to grow by double-digit numbers. »

A study from this week proves the Migros boss right. She estimates that the corona crisis causes every third Swiss consumer to shop more and more online. There are 2.2 million people in the country. Health is a priority for consumers – over convenience, price and choice. (Ise)

Media market: Reduction and closure of branches in Europe

Lidl heats up the fight for prizes for masks against Corona