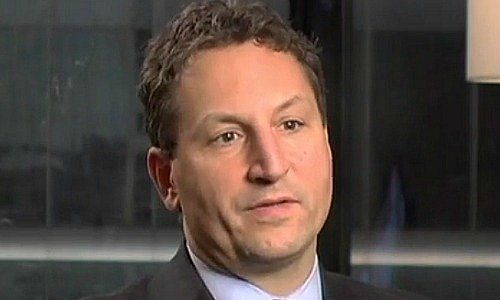 In the Khan scandal, Credit Suisse's CEO Tidjane Thiam finds followers with David Herro. However, Harris Associates' investment director would have many reasons to be dissatisfied with Thiam.

Press on Tidjane Thiam CEO of Credit Suisse (CS), David Herro is always in place. Investment manager for CS's largest investor is Thiam's biggest supporter outside the bank. Harris Associates invests directly in CS with 5.2 percent of the shares – the subsidiary of asset manager Natixis holds additional shares through the Oakmark funds.

Herro is a man of direct words – and he chose this again in a recent interview with "Bloomberg TV" when he was contacted on the scandal of spying on Iqbal Khan .

While the use of private investigators over the former Wealth Management Chief of CS is undisputed, Herro believes this is justified and the media tension for it to be "completely exaggerated and disproportionate."

Not only that: Herro expresses the suspicion that the story was deliberately spread by a public relations firm, to produce a scandal. "I think that's the real story," Herro says.

There are more his suspicions than a grain of truth. Too much information came to the public, which could never have been the result of journalistic research. And some of this information was simply wrong ̵

Herro's indirect accusations against the Swiss public, which revolve around the use of private investigators against the ex-CS chief, are not without foundation. Private security companies in Switzerland live by companies that fear for their business interests.

No interest in disclosure

Now neither Khan has shown such activity nor should Thiam have known about the use of private investigators, But the scandal is not over: the credibility of the CS CEO and the board remains questioned and the question remains what has actually led to the scandal between Thiam and Khan.

Herro and Harris Associates are not interested in further clarifying the matter – too much is at stake. If CS's share price has already hit significantly since the revelation of shading, Harris Associates is already in deep decline with its stake in the second-largest Swiss bank.

Since Thiam became head of CS's, the share price has been halved. This is despite the fact that Thiam restructured the bank and – with the support of Harris Associates – recapitalized it. Herro's repeated intercession for Thiam does not seem to be much more under this light than holding on to a straw that he himself continues to swim.

If Herro distanced himself from Thiam, this would cause the concern about CS and its losses to increase investment significantly again.