Hillary Clinton is blaming Trump for a false Kennedy letter 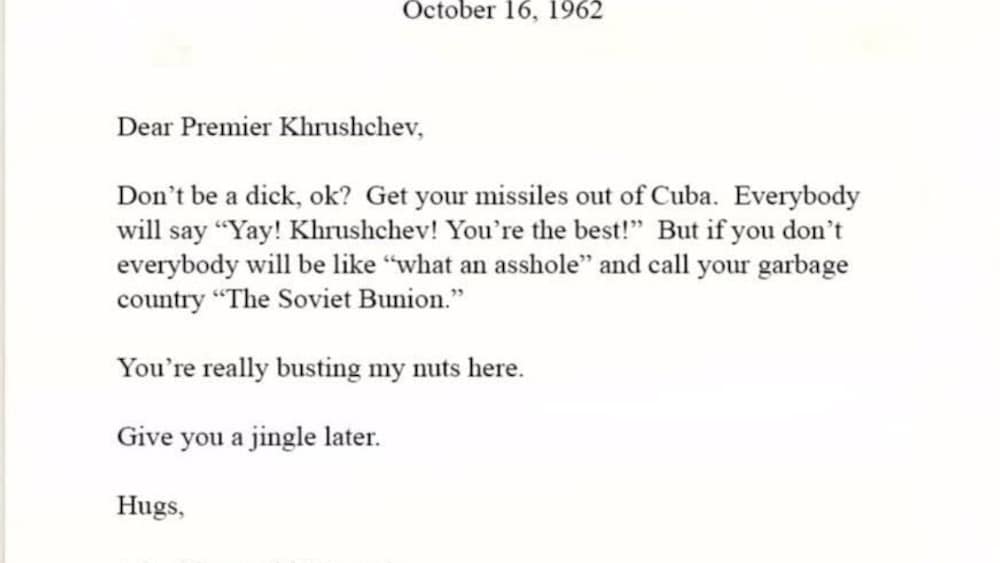 Trump is known for his not-so-easy-to-beat diplomatic dealings. He has not yet responded to Clinton's tweet.

The letter of US President Donald Trump (73) last week and his Turkish counterpart Recep Tayyip Erdogan (65) was so written that even diplomats had to swallow leather, to be clear that it's about an official letter from Trump and Erdogan.

With the words: "Don't be a tough guy. Said no fool. I'll call you later, "Trump concludes the write-up, which undermines all forms of diplomatic intercourse.

The letter with a beautiful fake presidential letter begins with the unusually unusual speech: "Dear Prime Minister Chruschtschow, said no Klugscheisser, ok?" "Don't be a dick" would be vulgar to translate.

Dated satire writing on October 16, 1962. The Soviet Union and the United States are at the center of the Cuba crisis. Therefore, "JFK" is correspondingly clear: "Keep your rockets out of Cuba. All were said: Yay, Chruschtschow! You are the best! ”

Who Erdogan, so Khrushchev …

Trump had even put Erdogan in view, as a" devil "in the history books, he should allow a massacre in the Kurds in North Syria. Hillary's false JFK hangs threateningly: "But if you don't mind, you would say," Was for an asshole, "and call the garbage" Soviet Beulenfuss. "

" Bunion "instead of Union, which Clinton writes, is a corresponding medical toe or foot deformation. "You really are driving me out of my skin," the letter concludes. "I'll call you later. Hugs, John Fitzgerald Kennedy. ”

One response from ever since Twitter-friendly Trump still stands out, while Clinton's Tweet has already received about 150,000 likes. (KES)